125 integrators answered an IPVM survey, providing clear patterns on these questions inside.

Overall, cameras arriving at integrators not working was very low, with nearly half saying that less than 1% of cameras were dead, as shown by the statistics breakdown below: 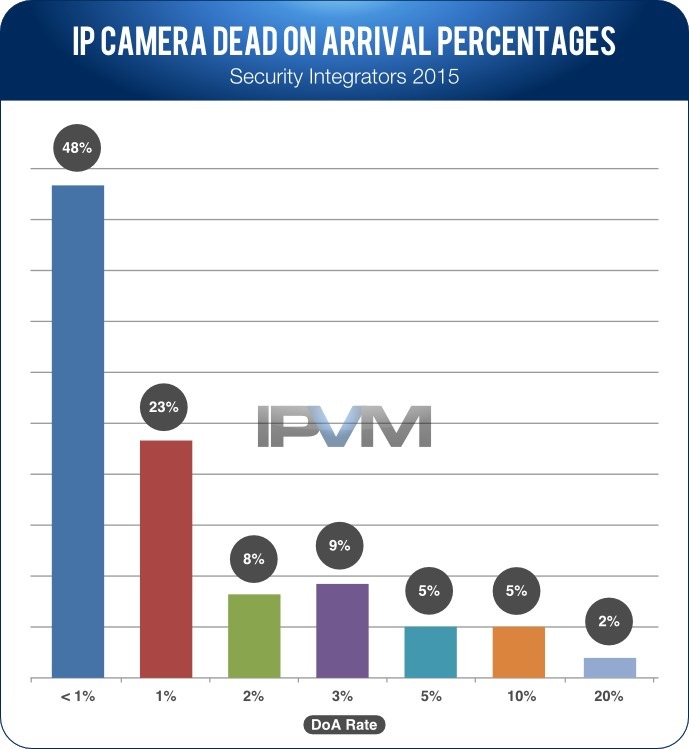 Obviously, from time to time, manufacturers will have a bad run with a problematic component or part. However, overall, if more than 1% of cameras are dead on arrival, that is likely to be competitively not acceptable.

From what higher end manufacturers have mentioned to us on their DoA rate, integrator's real world experiences match well at the 1% or less level.

Survey respondents answered: "How many years, on average, for your IP cameras to die?"

Unlike DoAs, the average IP camera lifespan varied far more. However, 2/3rds of integrators reported an average of 4 to 6 years. 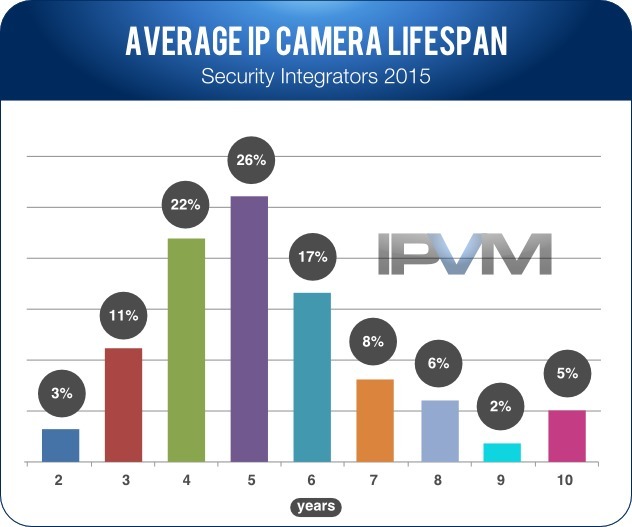 One critical element these statistics cannot answer yet is whether newer cameras, especially the recent wave of $100 MP cameras, will deliver lower average lifespans. Because most integrators have only been using large numbers of these cameras in the last year or two, it is too early to tell if they will have shorter average lifespans.

Of the integrators with the highest DoA rates and shortest lifespans, the most common pattern was using no-name Asian brands or Arecont.

None of the bigger Western, Japanese nor Chinese manufacturers (Hikvision / Dahua) had significant negative reports. Indeed, Axis and Sony were the brands integrators cited most frequently positively as having the least failures.

For failures, Arecont was mentioned the most, by far, with comments such as:

Arecont's more recent counter was these were old problems, now fixed in newer models. Even if true, the issue remains that so many of those 'old problems' are still out there, causing problems.