IP cameras, like PCs, take some time to boot up. And just like PCs, the amount of time can vary greatly. Many people do not care but some people find it annoying. Perhaps more importantly, in surveillance, the longer it takes to boot, the longer the camera is down and not recording what's happening. This can be especially critical when cameras go offline, do to disconnects or intermittent power outages.

We tested how long it took to boot up 18 total cameras from 11 manufacturers including:

2011 findings: The average time to boot up an IP camera in our roundup was between 1 minute and 1 minute and 15 seconds. The most significant outlier was Pelco Sarix SureVision box camera, coming in at nearly 3 minutes and almost twice as slow to boot as the next slowest. No camera booted up faster than about 30 seconds.

The short video below provides a visual review of how we conducted the test:

Below is a table of results ordered by how fast the cameras booted up:

Note: The Pelco's video stream was connected at about ~1:25, however, its long initial focusing did not finalize until after 2 minutes, making the video unusable until then.

Here is another view of the boot times graphed: 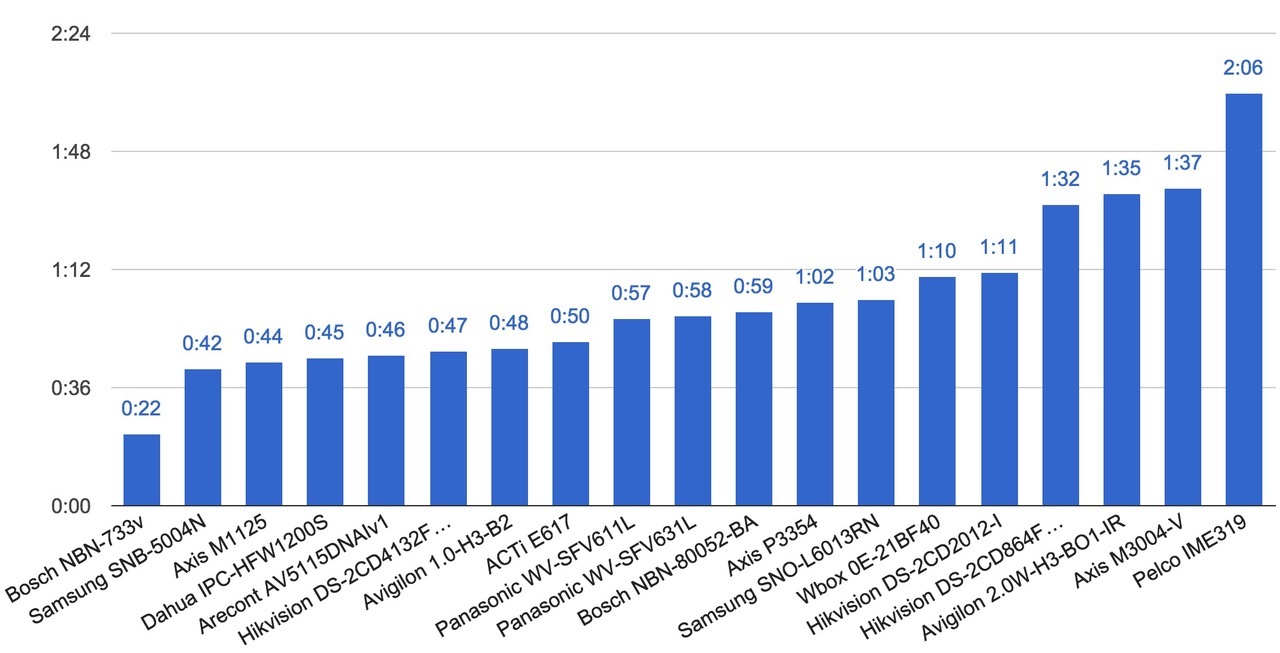