In the 4 years since DVTel Acquired ioimage, they have gone quiet but upcoming new products combined with the VideoIQ acquistion could be giving a boost to the former leader. Indeed, recently, PSA endorsed ioimage as having far greater probability of detection, after Avigilon dumped PSA's access [link no longer available] to long standing premier partner VideoIQ analytics.

In this note, we share our findings from talking with DVTel and comparing to VideoIQ.

In the past few years, ioimage added a handful of new features, but no major new product releases. Highlights include:

Distance and object size calibration may now be performed by only one person using a record mode. Using this process, a single installer can walk through each camera's field of view while recording, and enter distance information afterwards. Previously this process needed to be done in real time, requiring multiple people.

On the other hand, calibration is still required and mistakes made in this process can impact accuracy.

Option To Turn Off Crawling Detection

While ioimage designed its analytic to work in maximum security scenarios where adversaries would slowly crawl towards perimeters, this is often unnecessary for commercial or industrial deployments. ioimage has added an option to turn off their crawling detection and only look for people walking / standing up. ioimage says this reduces false positives because they can eliminate more nuisance objects.

The TRK-101 encoder [link no longer available] has added an IP in/IP out mode, allowing IP cameras streams to be processed, analytics applied, and video with embedded bounding boxes and metadata streamed to the VMS, similar to VideoIQ's Rialto. Currently, only DVTel's Quasar line is supported via RTSP. Third party cameras are planned for future releases.

Integrations to Exacq and Milestone have been updated in addition to optimizing full integration with their own VMS, Latitude [link no longer available]. 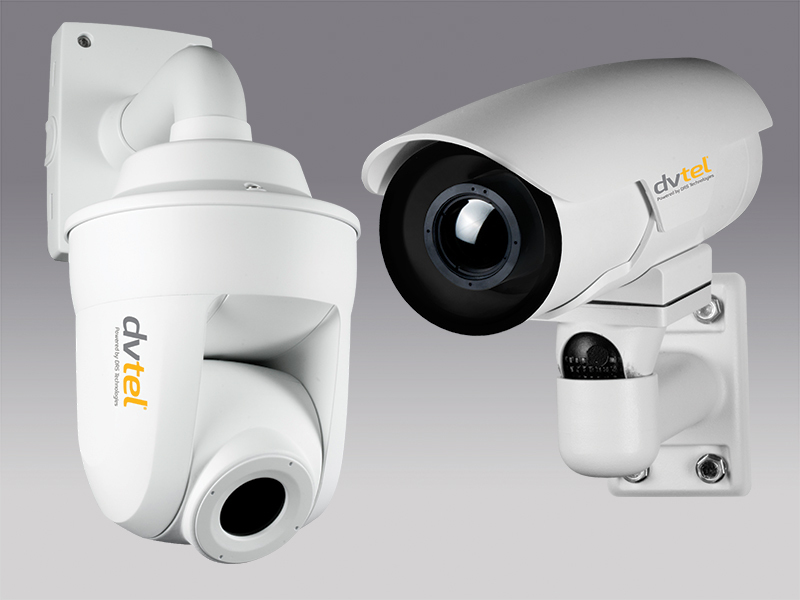 DVTel has introduced ioimage Thermal [link no longer available], private labeled versions of DRS WatchMaster fixed and PTZ thermal cameras in VGA and QVGA resolutions, bundled with a TRK-101 encoder. This is similar to the FLIR/VideoIQ Thermal Analytics Processor.

ioimage claims future versions of this line are planned to run analytics directly on the camera, eliminating the need for the TRK-101. However, for now, it is really just a DRS camera plus a separate (not shown) encoder.

In addition to the new features and products above, DVTel also tells us they plan to release a new line of HD cameras at ISC West 2014. This line is slated to include box, dome, and bullet cameras with new generation image sensors, along with analytics and edge storage. Processing is claimed to be performed at full HD resolution instead of a secondary 4CIF stream as is done on their current MMP megapixel camera [link no longer available].

Finally, integration of ioimage with SureView Systems' Immix is planned in Q1-Q2 of this year. This integration, along with planned edge storage should allow ioimage to be used in remote video monitoring applications similar to VideoIQ. ioimage currently has no central station software integrations. VideoIQ has many.

Many of these announcements and releases can help catch up to VideoIQ (e.g., edge storage, IP in/IP out encoders, thermal analytics, and central station integrations). However, the addition of a full line of box, dome, and bullet cameras with these features would be advantageous, allowing cameras to better match the application. Currently, VideoIQ offers only outdoor dome models, too costly for indoor applications, and requiring external IR illuminators in exterior scenes. How much these moves this will increase DVTel/ioimage's acceptance remains to be seen.

Leaving aside the new planned ioimage products, here are some core differences between the two companies: