UTC Interlogix has long been deceptively OEMing Hikvision as our 2017 results show. Now, Interlogix is back with their newest IP camera series, Series 6.

Have things changed with Series 6? Has the Hikvision OEMing stopped? How well did the new series cameras perform?

We bought and tested the Interlogix Series 6 TVD-5604 motorized vandal dome to find out, testing against competitive models from Axis, Hanwha, and Hikvision, examining:

Based on our tests, the still Hikvision-OEM Interlogix 6 Series dome (TVD-5604) provides image quality competitive with other mid range models during the day (~200-300 lux) and night with IR on (~0.01 lux), with solid facial details of subjects. Additionally, integrated IR met the camera's 30m/~98' specified range, though details were weak due to low PPF.

However, there were two key performance drawbacks:

The TruVision web interface, aside from color, is nearly identical to the Hikvision interface, using the same terminology and basic layout, with some aesthetic differences as well as version numbering changes. 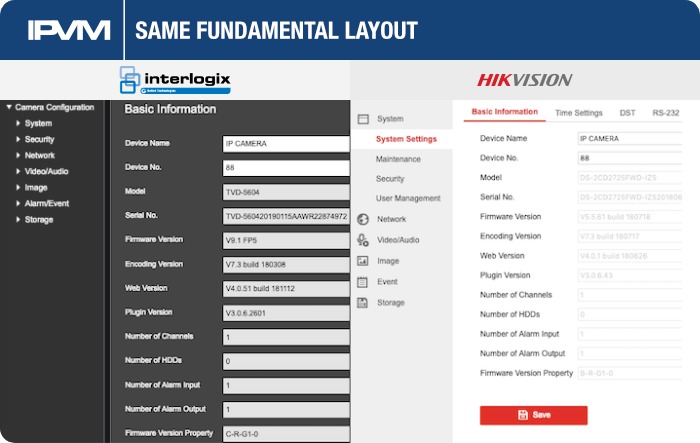 Also notable, the two cameras use "Encoding Versions" are both V7.3 with slightly different build dates. Web and Plugin Versions are also close. 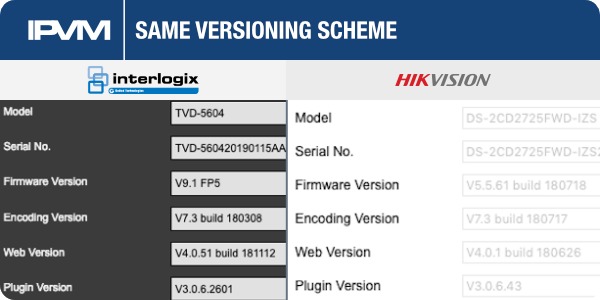 Additionally, like other OEMs, the camera is discovered in Hikvision's software, including iVMS-4200, Batch Config, and SADP, shown below: 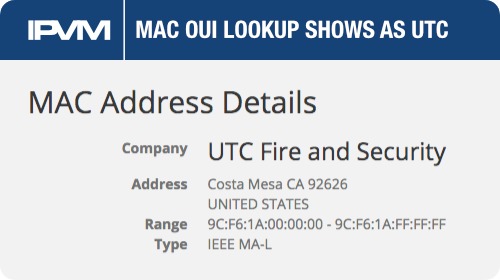 Physically, the Interlogix camera is similar in size to its comparative Hikvision model, with similar characteristics such as IR layout, construction, and port count and layout. 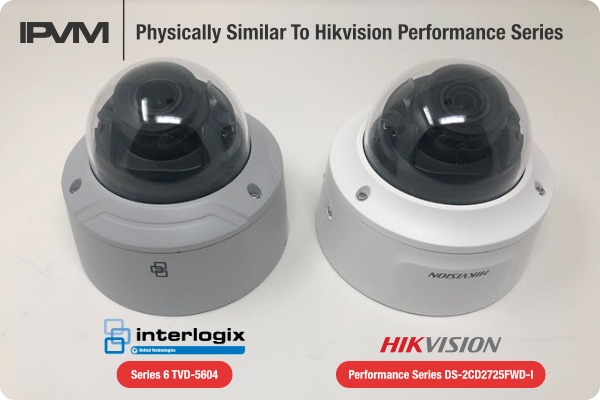 We look at the physical features of the TVD-5604 in this video: 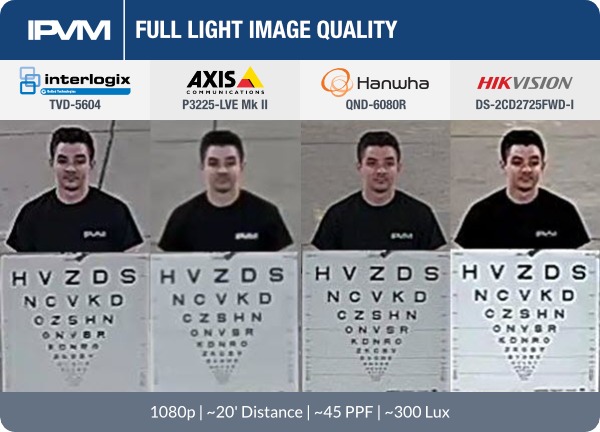 At ~30' the TVD-5604 produced similar facial details to other cameras but the second and third chart lines, while legible on other cameras, are less clear. 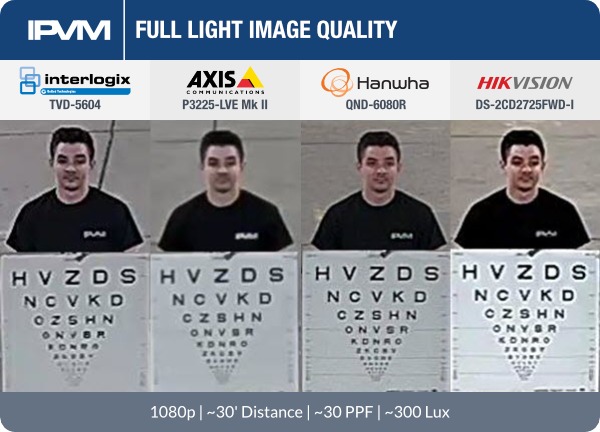 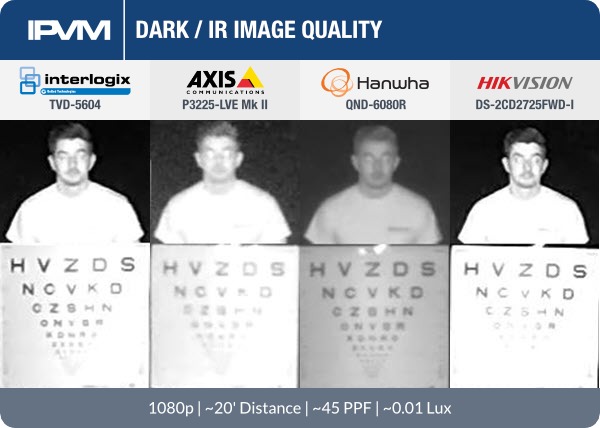 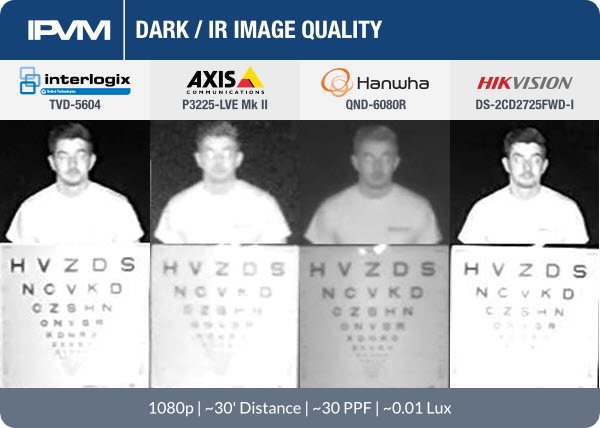 IR coverage on the TVD-5604 was poor, barely illuminating the subject on the edge of the scene, though it did not overexpose the subject in the middle. 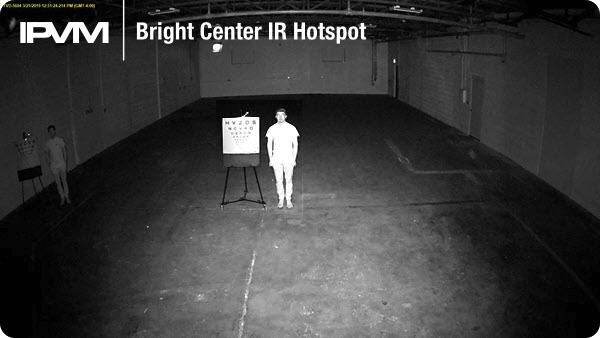 The subject's face/chart details can barely be recognized at the edge of the field of view, while the subject can be identified and the chart is legible down to the fourth line in the center. 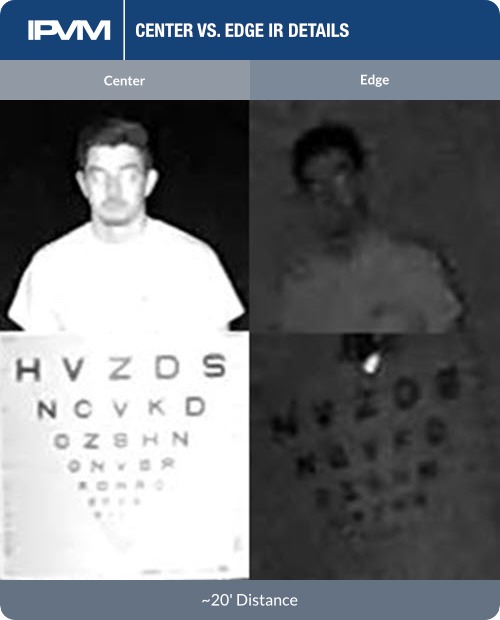 Additionally, the TVD-5604 overexposed subjects at short distance in the near field of view (~10' and closer), though it did reach its specified 30m/~98' illumination range.

The TVD-5604 provided similar performance to the Hikvision model in this scene, similar to the Axis P32, but slightly better than Hanwha's QNV-6080R. 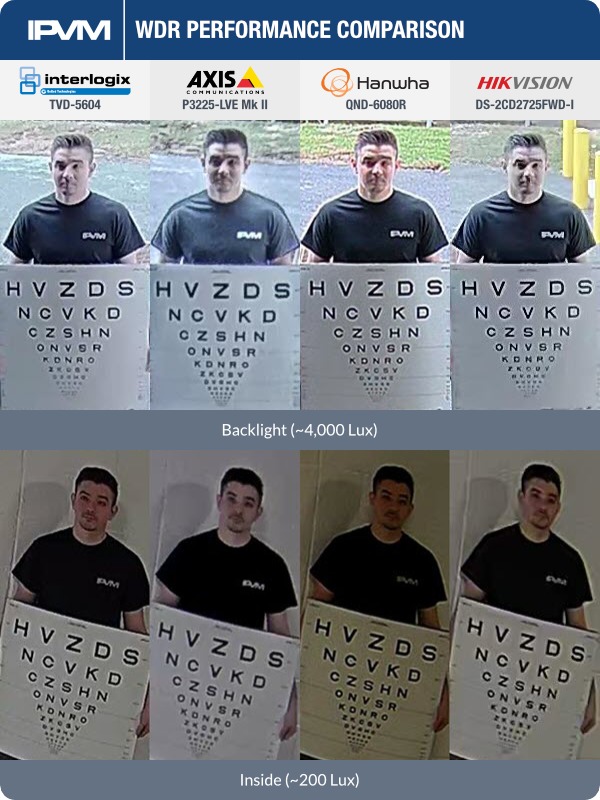 The TVD-5604 displayed visible distortion at the edge of the field of view compared to the center. 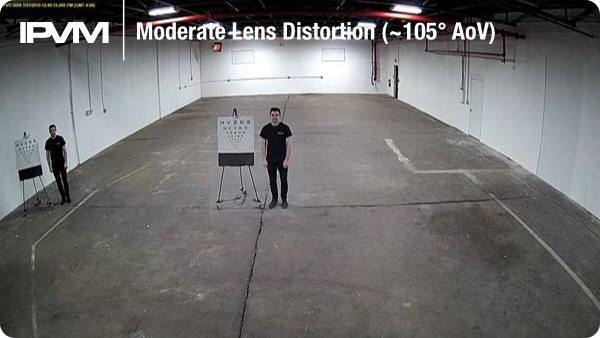 However, details between the two only slightly different, with the subject's face less clear, but similar text legibility. 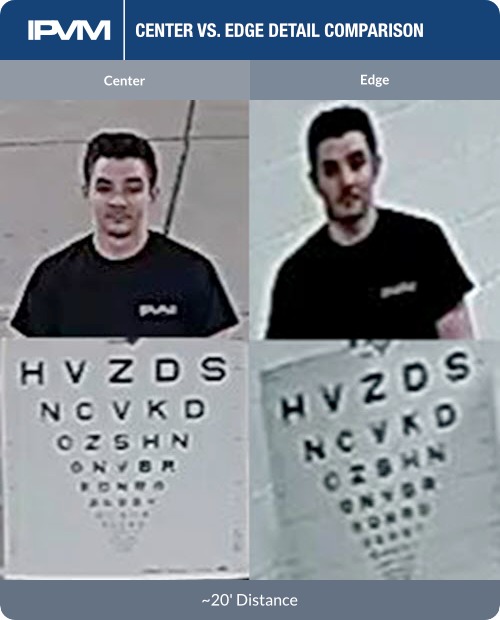 The TVD-5604's daytime bitrates were competitive with other manufacturers despite its lack of smart codec. However, at night, bitrate spiked significantly, to more than double other models, all of which had smart codecs enabled. 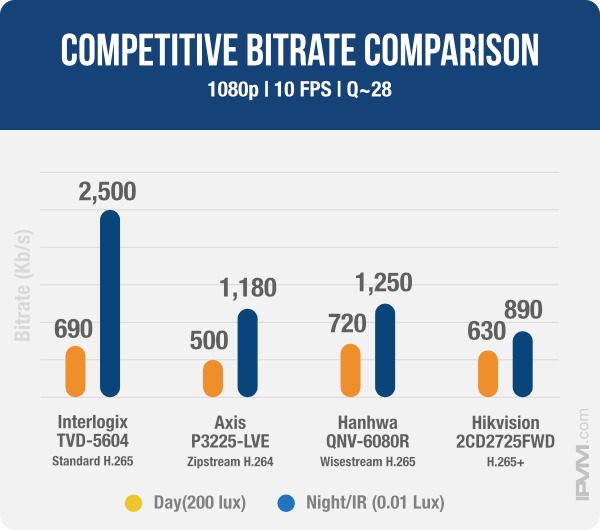 The Interlogix TVD-5604 was manufactured in China.

The following versions were used during testing:

Hikvision OEM Directory on Jan 12, 2022
The PRC government-owned and US-government banned Hikvision is the world's...
40+ Alternatives to Dahua & Hikvision For Video Surveillance Camera Manufacturing on Aug 17, 2021
As bans against Dahua and Hikvision rise (from Taiwan's ban to the US NDAA...
Illegal Hidden Dahua and Hikvision Sales, Sellers and 'Manufacturers' Blame Each Other on Jul 20, 2021
Secretly-relabelled Hikvision and Dahua (Hikua) products are being sold to...
Banned Hidden Relabelled Hikvision Surveillance Purchased By US Embassy on Jun 15, 2021
A US Embassy is purchasing banned Hikvision OEMs, violating the NDAA ban. The...
Comments (12) : Subscribers only. Login. or Join.