Intergraph Acquired for Over $2 Billion

Intergraph reported overall 2009 revenue of $770 Million USD and projects about 7% growth for 2010. Integraph was acquired for approximately 3x earnings.

Hexagon, a provider of measuring systems reported 2009 revenue of approximately $1.6 Billion USD and has a current market capitalization of $4 Billion USD.

Even narrowing Intergraph to specific security segments, Integraph is a very large player in the surveillance/security market. While it's hard to compare Integraph's offerings exactly to the emerging PSIM providers (Integraph tends to be higher end and far more expensive), Integraph's security revenue is likely 5-10x more than all the PSIM startups combined. 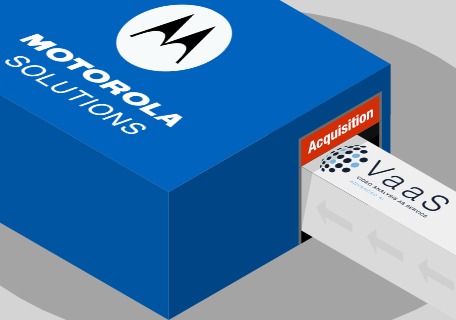 Motorola Acquires VaaS / Vigilant LPR on Jan 08, 2019
Less than a year after Motorola Solutions spent a billion to acquire Avigilon, the company has made another major acquisition spending nearly a...

Prysm PSIM Profile on Mar 05, 2019
A decade ago, PSIM promised significant potential but has always suffered from significant problems. Now, a number of PSIMs have either gone out of...

Knightscope Adds Just 2 Total Customers In Past Year, Yet Raising Money at $300 Million Valuation on May 02, 2019
This is no longer funny. While Knightscope has laughed it up promoting robot selfies, joking about a 'suicidal robot', the man who attacked a...

Inside Look Into Scam Market Research on May 17, 2019
Scam market research has exploded over the last few years becoming the most commonly cited 'statistics' for most industries, despite there clearly...

OpenALPR Doubles Prices on Jun 06, 2019
There is no 'race to the bottom' in cloud / AI video surveillance. In May, Verkada increased their prices. Now, OpenALPR is doing the same with a...

Resideo Stock Plunges 37%, CFO Ousted on Oct 23, 2019
The horrible year for the ADI / Honeywell Home spinout, Resideo, just got worse, with their stock plunging another 37% today. Not even a year...

Resideo CEO To Step Down on Dec 03, 2019
Resideo's CEO, Mike Nefkins, is stepping down, just 18 months after being brought in to lead the now plagued spin-out. Inside this note, we...

'Severe Impact' Mercury Security 2020 Leap Year Firmware Issue on Jan 17, 2020
One of the largest access controller manufacturers has a big problem: February 29th. Mercury Security, owned by HID, is alerting partners of the...

Apple Acquires XNOR.ai, Loss For The Industry on Jan 16, 2020
Apple has acquired XNOR.ai for $200 million, reports GeekWire. This is a loss for the video surveillance industry. XNOR.ai stunned the industry...

Halo Smart Vape Detector Tested on Jan 16, 2020
The Halo Smart Sensor claims to detect vaping, including popular brand Juul and even THC vapes. But how well does it work in real world...

PRC Government Entity Now Controlling Shareholder of Infinova / March Networks on Jan 16, 2020
A PRC government entity is now the controlling shareholder of US security manufacturer Infinova as well as its wholly-owned subsidiary March...

Network Cabling for Video Surveillance on Jan 15, 2020
In this guide, we explain the fundamentals of network cabling for video surveillance networks, how they should be installed, and the differences in...

ONVIF Trashed Statement, Confirms Dahua and Hikvision Still Suspended on Jan 15, 2020
ONVIF has 'trashed' the suspension statement for Dahua, Hikvision, Huawei, etc. but confirms to IPVM that those companies are all still...

Wyze Smart Door Lock Test on Jan 14, 2020
Wyze's inexpensive cameras have grabbed the attention of many in the consumer market, but can the company's new smart lock get similar...

Wesco Wins Anixter on Jan 13, 2020
Despite Anixter earlier arguing that Wesco's bid was inferior to CD&amp;R's by nearly 10%, Anixter confirmed that they are taking Wesco's 3.1%...

Anixter Resisting Takeover From Competitor, Bidding War Emerges, Wesco Wins on Jan 13, 2020
Mega distributor Anixter is going to be acquired but by whom? Initially, Anixter planned to go private, being bought by a private equity firm....