In this note, we examine its features, pricing and positioning relative to Hikvision, Dahua and IP offerings from Western manufacturers.

Honeywell is marketing the line as the "Performance Series High Quality Analog [link no longer available]", aka HQA. 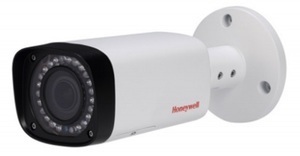 While Honeywell makes it sound like its a 10-year-old 560 TVL offering, it is indeed a true / full HD offering (up to 1080p). Honeywell confirmed to us that "HQA is compatible with CVI devices." CVI, aka HD-CVI, is Dahua's HD analog offering. Though Honeywell declined to comment on the sourcing of these products, Dahua employees previously bragged that Honeywell is OEMing CVI from them.

HQA includes a line of DVRs (4,8 and 16 channels) as well as dome, ball and bullet HD cameras.

HQA is shipping and available through Honeywell subsidiary ADI.

Based on ADI pricing, we anticipate street pricing for the fixed focal 1080p cameras to be in the sub $200 range and the 4 channel DVR with 1TB storage to be under $400.

Honeywell has sent out this flier / email for HQA [link no longer available]. Key excerpt on pricing: 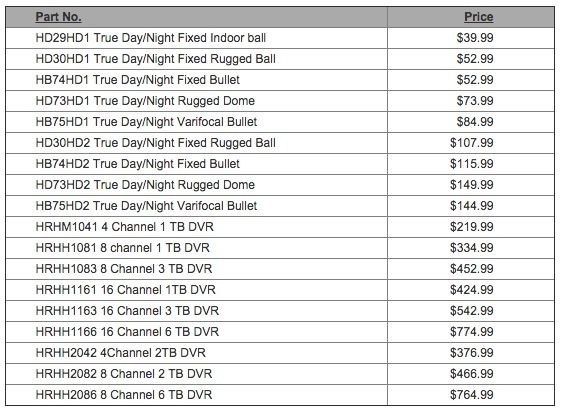 A 16 channel 6TB HD DVR for $775 dealer is a pretty damn low, especially from a Western brand.

Dahua direct pricing is, not surprisingly, still significantly less expensive, in the 30% to 50% less range. However, Honeywell provides support, warranties and direct purchasing rather than navigating gray area or overseas sales.

Hikvision has their own HD analog, HD-TVI (see Hikvision HDTVI VS Dahua HDCVI). The technologies are similar but Hikvision's pricing is likely to be moderately less than Honeywell's, with similar North American based service and support.

Honeywell's HQA pricing will be lower than even most budget HD IP offerings, especially due to the low-cost HD DVR side. Additionally, the zero networking setup for the cameras and ability to re-use coax will appeal to traditional installers / smaller users.

Honeywell continues the line of Western companies who obscure the source of their HD analog offerings. For example, we could find no reference to CVI in Honeywell's current marketing, only in their email response to us.

More importantly, is the risk / issues of users trying to connect HD-CVI cameras to an HD-TVI recorder or vice versa or an AHD camera to TVI or CVI recorder, etc. Even worse, because so many companies are choosing new marketing terms (like HQA), it will be even more confusing to figure out what does or does not work.

That Honeywell has rolled out HQA / CVI is a boost to both Dahua and HD analog. What remains to be seen is how heavily Honeywell markets the offering to their large and slow to adapt customer base.