How To See If Your Camera Uses Huawei Hisilicon Chips

Rarely do manufacturers disclose what SoCs (System on a Chip) they use, even though it is the core of IoT devices.

Interest in this has increased as supply chain risks generally and the debate over Huawei usage more specifically have risen including the US NDAA ban.

In this report, we show how to locate and access the SoCs inside common cameras so users may investigate themselves, including:

The exact location of the camera's SoC varies from model to model. We take a look at cameras from Axis, Hikvision, and Uniview in this video, showing where the SoC is located and accessed and what each is using.

Shown above, some chips are easily accessible just by removing a few screws, while others may require small security drivers and disconnection of multiple delicate cables.

Of the cameras used as examples here, the Axis camera was the simplest to access, only requiring a few screws to remove the camera module, with the SoC prominently labeled on the bottom.

However, the Hikvision and Uniview models required removal of multiple multi-pin connectors, including one connecting the imager to the mainboard which uses very fine wires, easily damaged. After disconnecting these, several small screws must be removed to flip the cameras' main board over, with the SoC located underneath.

We review these details in this video:

Before taking apart any camera, users should consider two key risks in doing so:

Because of this, we strongly recommend users budget for a replacement if a camera is to be torn down. IPVM routinely tears down cameras as part of our tests so you can ask for input before doing so.

The images below show details of the SoCs used in each of the cameras in this report: 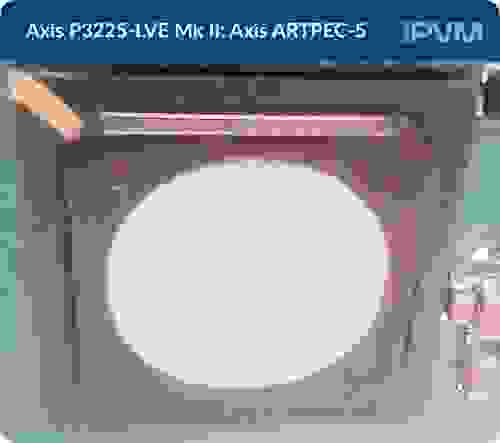 That noted, Axis uses multiple SoC suppliers across their models including a notable number of Ambarella chips and a few Hisilicon ones for their Companion line. 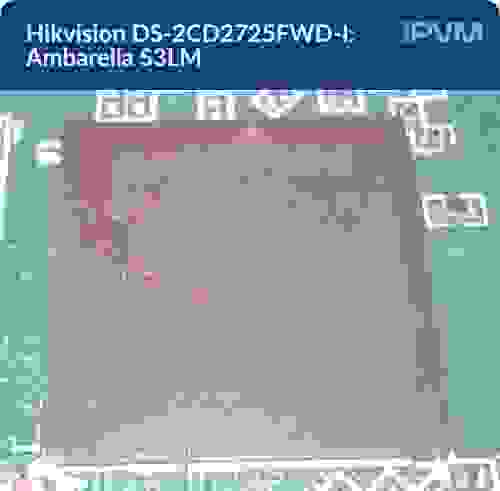 Like Axis, Hikvision uses a variety of SoC suppliers, including Hisilicon in many models, Intel Myriad in their new DeepinView model, etc. 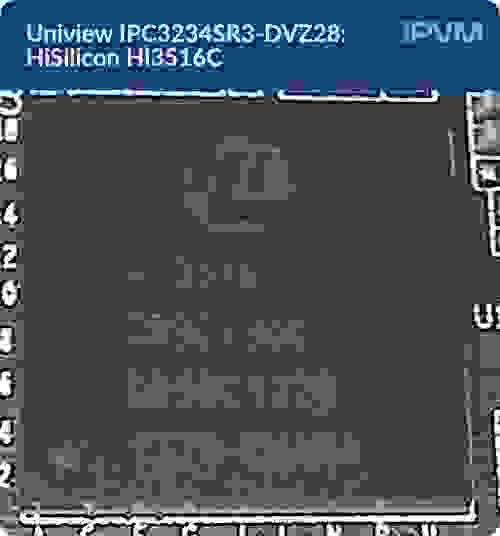 So far, all the Uniview cameras we have torn down used Hisilicon chips, not that surprising considering they where effectively a spin-out of a Huawei business (before they were temporarily owned by Bain). That noted, like other vendors, it is certainly possible that some Uniview cameras do not use Hisilicon.

Determining HiSilicon chip capabilities may be especially confusing to those unfamiliar with their specs, as Hi3516 is not a part number, but a platform name. There are A, B, C, D, and E variants, and V100, 200, 300 versions, as well, with different capabilities.

Axis Discloses SoCs On Spec Sheets on Nov 19, 2021
In a rare move, Axis has begun disclosing camera SoCs directly on their spec...
Uniview Favorability Statistics 2021 on May 07, 2021
With the US NDAA ban impacting China's #1 Hikvision and #2 Dahua, has...
Video Analytics Person / Face / Vehicle Guide on Feb 23, 2021
Person, face, and vehicle detection are the most commonly offered video...
NDAA Video Surveillance Ban / Blacklists Guide on Aug 24, 2020
This 25-page guide provides a reference to the NDAA ban and blacklist. The US...
NDAA Compliant Video Surveillance Whitelist on Aug 10, 2020
This report aggregates video surveillance products that manufacturers have...
Video Surveillance Cameras 101 on Feb 25, 2020
Cameras come in many shapes, sizes and specifications. This 101 examines the...
Comments (18) : Subscribers only. Login. or Join.