3 Hikvision cameras monitored a Xinjiang concentration camp survivor's every move inside his cramped cell, telling IPVM that Hikvision was used "everywhere" inside the camp. Hikvision did not provide comment. Watch the video below:

Ovalbek Turdakun instantly recognized Hikvision's logo when IPVM showed it to him and said "it is the same logo [of the cameras] which is in the cell." Turdakun told IPVM cameras including a PTZ were used as virtual guards, stopping detainees from speaking with each other or even standing up.

In this post, IPVM interviews Turdakun about his experience and examines the potential impact of his testimony.

A Chinese national of Kyrgyz ethnicity and Christian faith, Ovalbek Turdakun spent 10 months in a camp in Xinjiang in 2018. After his release in December 2018, he fled to Kyrgyzstan, spending two years under pressure from Chinese authorities to come back.

Because his Kyrgyz visa expired, Turdakun feared being deported back to the PRC. On April 8, he arrived in the US with the help of IPVM's government director Conor Healy, who accompanied him through Kyrgyz customs after being alerted to his situation at the Uyghur Tribunal (where IPVM provided evidence.)

Healy interviewed Turdakun, who is expected to testify before Congress and is a key witness against PRC China officials at the International Criminal Court, as he awaited his flight to the US in a secure location. 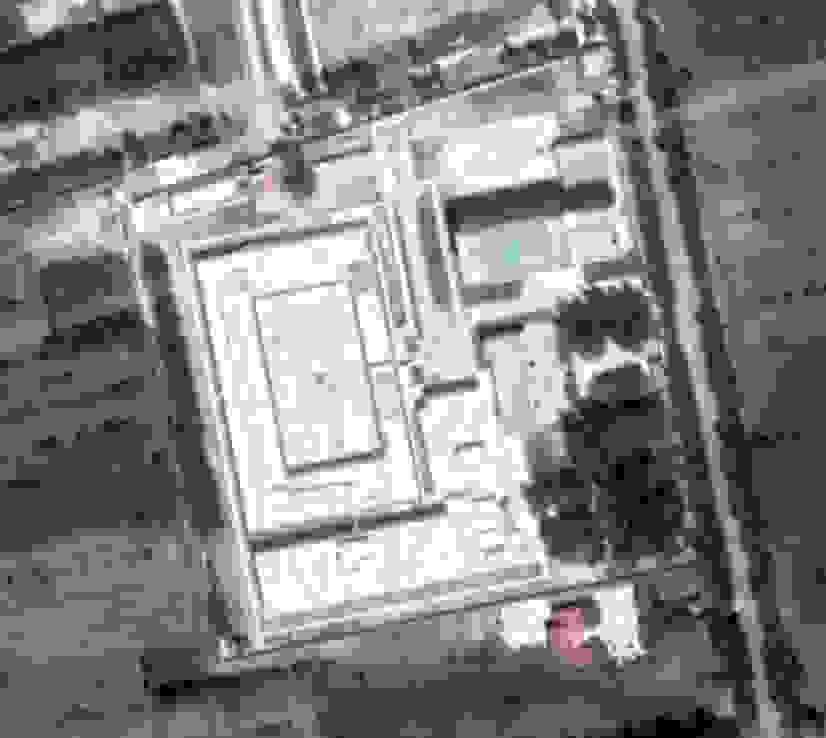 The camp was included in the Australian think tank ASPI's map of Xinjiang detention centers as "Ulughchat Facility #1": 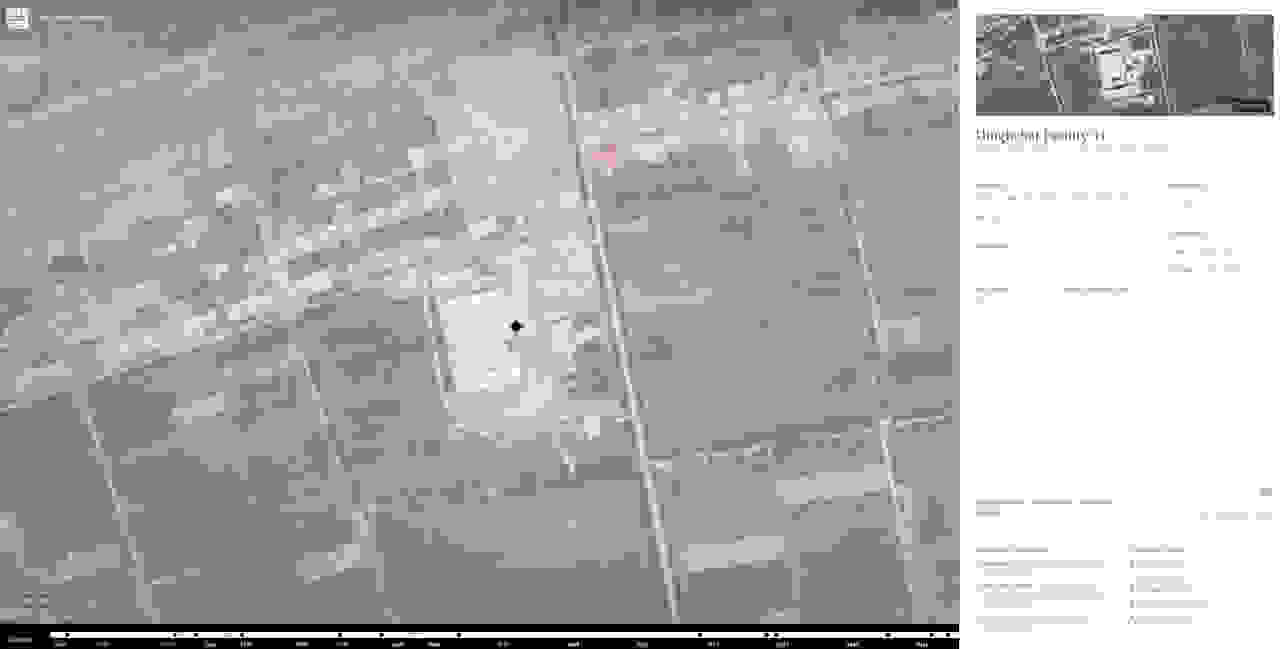 ASPI considers it a Tier 2 facility, which is "specifically built for the detention of Uyghurs and other non‑Han minorities". The camp was also identified in BuzzFeed News' Pulitzer-winning expose of Xinjiang camps.

Hikvision: "Everywhere In The Concentration Camp We Had This"

After IPVM showed Turdakun a photo of the Hikvision logo, he immediately recognized it, saying it was "the same logo which is in the cell":

Yes. This is the same logo which is in the cell.

Turdakun said Hikvision cameras were present "everywhere" in the camp, not just in the cell:

Yes, inside of [the camp]. It's round, rotating, smart camera and we know that it works. Everywhere in concentration camp we had this.

Turdakun said his cell, Cell #40, had 23 detainees with three Hikvision cameras inside, including one "smart" PTZ camera.

IPVM also showed Turdakun logos from Dahua and other PRC tech companies, which he did not recognize. However, Dahua is known to have nearly $1B USD in Xinjiang projects.

"We're Afraid Of Ourselves"

Turdakun explained that the cameras were used to monitor detainees to ensure they did not speak with each other. Any time they tried, it was noticed by the cameras and a speakerphone attached to the camera yelled "don't talk!"

If they see that they talking, the camera see that and the voice say "don't talk". So we afraid of ourselves because of the voice recording things, they speak to us also and we afraid ourselves, we don't talk

Turdakun said detainees inside his cramped cell were forced to sit down, stare ahead, and stay silent:

They have to sit and don't talk. Not much place to sit there. They should straightly look in front of themselves. Sit still and look in front.

"No Freedom At All In That Place"

The lights in the cell were on "all the time", enabling 24/7 surveillance and making inmates forget "if it's day time or night time." The cell also had a toilet, which the cameras could watch as well, requiring permission to use.

You never know if it's day time or night time. From that window you cannot see them but they see you. Lights are all the time on. Always on

There's no freedom at all in that place

Turdakun also says he was repeatedly interrogated on a 'tiger chair,' a device used by PRC police that fully restrains subjects for hours at a time.

Xinjiang expert Darren Byler previously told IPVM that video surveillance "allowed 1-3 guards to manage an entire floor of the camps, so thousands of people," and included analytics like line-crossing and facial recognition.

Hikvision Monitoring Outside The Camps

Turdakun told IPVM that Hikvision-branded cameras are "everywhere" in Xinjiang:

After Turdakun's release from the camp, he said he was unable to leave his house in Xinjiang without being spotted by a facial recognition camera:

I cannot go outside of the city, anytime I go to [buy] bread or go to school I was interrogated and caught by police because they see every time surveillance, the face recognition was all the time get a signal for that

As IPVM has reported, Hikvision's Xinjiang branch has ~500 staff and has won police projects worth almost $300 million.

While Hikvision's Xinjiang involvement is extensive, this is the first instance of a detainee directly confirming Hikvision's presence in the camps, while revealing Hikvision cameras are also used within cells rather than just along the perimeter.

Given that Turdakun is expected to provide witness testimony to US Congress and the International Criminal Court, this risks Hikvision being embroiled in further uproar over its complicity in Xinjiang rights abuses.

PRC state media has run four separate interviews of 'graduates' of the same Wuqia County camp claiming conditions are excellent - "even better than at home," and, "I have gained several kilograms" - and attacking US politicians, e.g., "Pompeo, stop lying!"

Pompeo, Stop Lying. Before I went to the Wuqia Education and Training center, I had a weak sense of law, a poor level of the national common language, and did not understand national policy. Through learning about the national common language, laws and regulations, and de-radicalization regulations in the education and training center, I have undergone great changes [...] and after studying, the biggest change that has brought me is the change in ideology, I have become optimistic, positive, full of hope for life. Pompeo, stop lying!

My Pastry Shop Business Is Getting Bigger And Bigger. In March 2017, under the persuasion of my family, I went to the [Wuqia] Vocational Skills Education And Training Center to participate in the study. In the past, I was deceived and seduced by religious extremists and infected with religious extremism [...] In the education and training center, we eat, live, everything is provided free of charge by the school, three meals a day are nutritious, the dormitory is clean and tidy, the classrooms are spacious and bright and the cultural and recreational activities are colorful [...] I sincerely thank the government [...] Recently, the US House of Representatives passed the so-called Xinjiang-related "bill" to smear vocational skills education and training centers, and I strongly condemn and resolutely oppose the shameful acts of some US politicians

The Education And Training Center Has Given Me A New Lease On Life. In March 2017, under the strong recommendation of my family, I came to the Wuqia County Vocational Skills Education and Training Center to participate in the study. The teachers at the education and training center not only taught us the common language of the country, but also gave us legal knowledge lessons. the conditions for study and living in the education and training center are very good. Classrooms and dormitories are equipped with television, air conditioning, etc., The food is very good, which is very suitable for our tastes. to be honest, living conditions here are even better than at home

Clowns, Farces, Will Eventually Go Away. In 2017, I attended Vocational Skills Education Training, and here, I experienced a different life. [...] I have gained several kilograms. There is also a recreation room where we can play table tennis, basketball, and read and study together when we rest. Here, with clean dormitories and futons, convenient bathrooms, let us enjoy a lot of treatment that we have never had at home. when I left after graduation, I was a little reluctant to leave this school! [...] during this time, I saw in the news that Pompeo made a series of inappropriate remarks about Xinjiang in various public occasions [...] because everything he said was false and fabricated [...] Pompeo, thousands of miles away, where did you hear the news! your ridiculous remarks are a joke to our people of all ethnic groups in Xinjiang.

Turdakun, however, told IPVM camp conditions were poor with food consisting of the same meal - rice porridge - every day and no outdoor activities.

Hikvision did not respond to IPVM's request for comment. In July 2021, following a 1.5-year-long human rights investigation, Hikvision claimed it "did not knowingly or intentionally" commit human rights abuses when winning and operating massive Xinjiang police surveillance projects. The company has refused to publicly release the report nor discuss details of it.

Really great reporting, well done to those involved in both the story and Turdakun's escape.

Great reporting! Next can you please do a report on whose cameras are in CIA blacksites to record torture interrogations, or perhaps Gitmo? 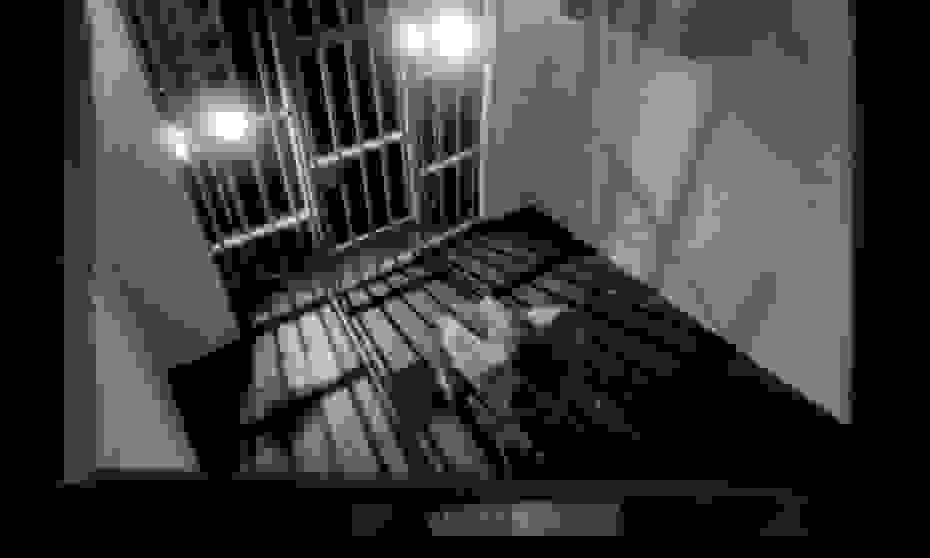 Would this be a story if a prison in Sweden was using Axis cameras? Or a South Korean police station was using Hanwha cameras?

A Chinese detention facility equipped with Chinese cameras... imagine that.

Hi Matt, thanks for your comment! Let me address your points.

Would this be a story if a prison in Sweden was using Axis cameras? Or a South Korean police station was using Hanwha cameras?

The core difference here is that Xinjiang's concentration camps are not regular prison facilities like the ones you mentioned. They are used to round up and detain millions of Uyghurs and other minorities in a crackdown that puts these people "at serious risk of genocide", according to the US Holocaust Museum. This is the largest detention of a vulnerable minority since WW2, per The Guardian.

A Chinese detention facility equipped with Chinese cameras... imagine that.

I see what you're saying, but Hikvision isn't just a third-party provider in Xinjiang. It has a massive regional branch there with over 500 staff (and growing). Meanwhile, Hikvision is not just selling cameras without knowing where they end up. It has won deals to build and operate five massive PRC police surveillance projects for many years, two of which explicitly mention cameras for concentration camps, e.g. this one in Pishan County:

However, Hikvision has never directly addressed the use of its cameras in these camps, instead stating it "did not knowingly or intentionally" commit human rights abuses when winning these projects.

One final point: IPVM isn't picking on Hikvision just because it's Chinese. If a Western provider like Avigilon (hypothetically) won a deal to directly build and operate surveillance for Guantanamo Bay, that would definitely be newsworthy & I would cover it, along with any instances of detainees alleging Avigilon-enabled abuses.

I don't get where is the problem with using Chinese cameras for Chinese government projects. Should they go for Axis? LOL