Hikvision "Exactly the same" as Apple/Google

Hikvision's Fred Streefland presented to German partners with slides prepared to address questions including, "Is Hikvision a Chinese, state-owned, and controlled business?"

Streefland said, "No, Hikvision is not Chinese government controlled" and Hikvision is "exactly the same" as Apple or Google in this respect:

He added, "if you ever get that question, you know now the real story." Streefland's slides reiterated his position, meaning these were not just off the cuff comments made in error:

The truth is that Hikvision, unlike Apple or Google, was created and is controlled by the PRC China government.

Hikvision's own financial filings list its "controlling shareholder" as "state-owned": 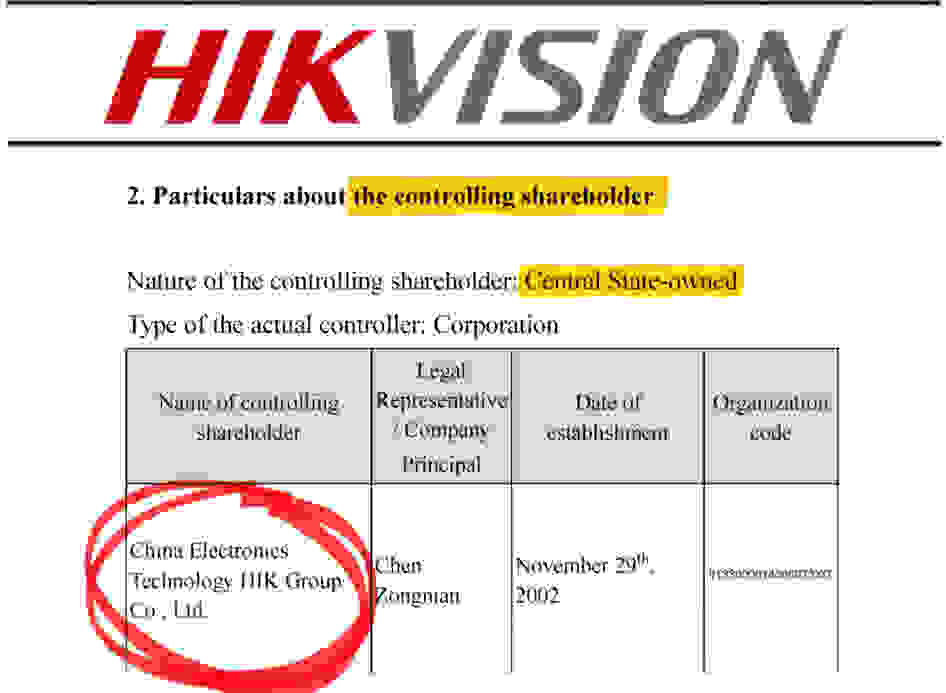 The company was created by the CETC, a state-owned military technology company, via its 52nd Research Institute which Hikvision's chairman Chen Zongnian still leads. Hikvision itself has supplied and collaborated with China's military.

Unlike Hikvision, Apple and Google were created privately by entrepreneurs, and the US has no shares in either company. In fact, the US government does not invest in the stock market at all, and only a limited number of state-tied corporations exist like Freddie Mac.

The US government, unlike the PRC government, does not regularly buy or hold shares in corporations, a topic discussed in a 2020 WSJ editorial.

Hikvision did not respond to IPVM's multiple requests for comments.

While Hikvision's senior leaders, including Corporate Vice President, Global Affairs Jeffrey He and Global Communications and PR Director Karl Erik Traberg, have been virtually silent for years, Fred Streefland is quickly becoming Hikvision's main public advocate, though the factual errors that Streefland make are significant, for example, his "devices with backdoors can’t be used to spy" remarks:

Whether or not Streefland is helping Hikvision, especially with its core dealer base, remains to be seen.

I am fascinated by Streefland's approach and whether, internally, Hikvision is supporting this. His comments, especially here, are not only so obviously wrong but clearly outside of his claimed area of expertise, that this is more a parody of wolf warrior tactics than an attempt at sophisticated public relations.

Maybe some of Hikvision's dealers are happy to see this but saying things are so obviously wrong risks reducing trust in Hikvision even further.

I am fascinated by Streefland's approach and whether, internally, Hikvision is supporting this.

He's kind of the perfect tool for this. He can feed the Hikvision fans enough rhetoric that it gives them a plausible reason to keep selling Hik and ignore the growing backlash against Hikua. If he is successful, they let him keep at it. If his next outrageously false and misguided statement causes actual blowback, they can make him a sacrificial lamb and say his statements were not officially endorsed by Hik HQ.

This guy must really believe he can ride the Hik train into retirement because no reputable organization would hire him after these statements.

I am quite surprised by this. I have seen them fight on Cyber saying you have an Iphone and if its not updated its crap so you suck. On human rights they are very quiet or refer to the well known statements.

Saying it is not government owned is very blatantly untrue. Also the 25% foreign investors is a big spin, its 25% of the remaining 60%, so it is 15% of the shares. 85% of the shares are in Chinese hands.

If you continue to repeat the same lie over and over again, it is still a lie, but unanswered and can be considered the last word, some will assume it true.

There are some for whom it is more convenient to accept the lie as truth.

I read that Apple has a data center in Guiyang controlled by the Chinese government. Apparently, the data center is used to spy on Chinese citizens.

I suppose HikVision and Apple could be kissing cousins. 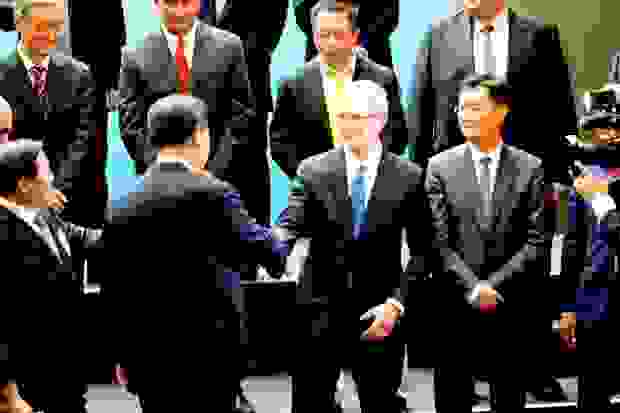 NY Times: Censorship, Surveillance and Profits: A Hard Bargain for Apple in China

Apple built the world’s most valuable business on top of China. Now it has to answer to the Chinese government.

The link forces logging into NYT.

There are creative ways to access paywall newspapers. Many public libraries, high schools, and universities publish their local login credentials on library websites. The trick is creative Google searches using .edu, .org and other key phrases to your search to find YOUR local library or public school credentials.

Hey Fred Streefland, do you like having Xi Jinping playing with your tonsils with his hand up your rectum? You are a literally an example of how financial success can usually only be achieved by having no moral integrity.

Unlike most investors, the PRC has invested in businesses based on strategic motives not necessarily financial ones. They can literally print more Yen as needed. The majority of world investors require a financial return on their investment. Interest in an investment goes down proportionally as the risk of return goes up.

The impact on a business that demand, product placement, confidence, business management practices, available capital, and profitability factors have, can be measured to some degree. When government actions or political choices become factors, those who can’t create or print their own money tend to find safer locations for their investments. Consumers may also choose different products that they feel better about.

If world financial market news is any indication, businesses entrenched in PRC relationships are already showing a weakening of sales, markets, and value. Even in countries where citizens are not provided the opportunity to vote for their political leaders, they can vote with their consumer and investment dollars.

Doesn't a shareholder law apply here? You can't just claim things that aren't true, but which tend to influence the share price... Or am I wrong?