Hikvision claims to be the #1 surveillance manufacturer in the world. That's, well, debatable.

What's not in dispute is that they have become huge, fueled by the massive Chinese market, with revenue rocketing over $1 billion USD last year (by contrast Axis is the in $750 million range and Avigilon ~$150 million).

But how good are they?

In this report, we share test findings of 4 of their cameras: 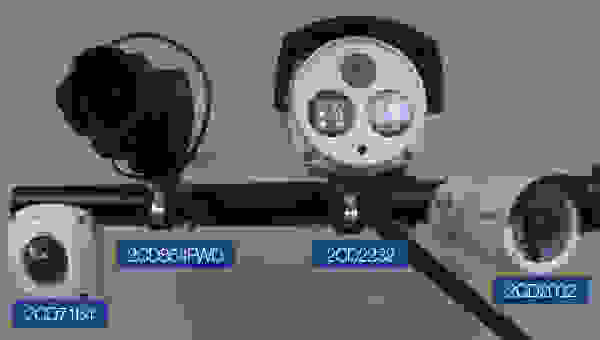 Including (and yes, the naming convention is crazy):

We tested them against Axis, Dahua and Sony to see how Hikvision would perform in even, WDR and low light scenes.

The Hikvision cameras tested priced out favorably against most competitors in all categories, with the exception of Dahua, lowest across the board.

Like we have found with recent Samsung and Dahua tests, Hikvision's overall video quality was strong compared to much higher priced offerings from Axis and Sony. For those looking for a low cost alternative to the bigger brands, Hikvision has potential.

Specifically, of the 3 form factors tested, the Hikvision IR bullets were the least impressive, given the uneven IR coverage and the near field hot spotting risk.

This screencast reviews the web interface of the current Hikvision line:

We compared the 864 running updated firmware against Dahua's HF3101N box camera, as well as the Axis Q1604 and Sony VB600, both claiming low light and WDR capability.

In full light, ~160lx, colors in the 864 are moderately desaturated compared to the Axis Q1604, but otherwise true.

Lowering light to 1-2 lux, visible noise and artifacting increase in the 864, though the subject remains recognizable and the chart legible down to line 3/4. Note that the 864, as well as Dahua HF3101N and Sony VB600 turn off WDR in night mode. In the Axis Q1604, we manually turned WDR off and set shutter to a max of 1/30s.

Below 1 lux, the 864 is one of the best performers in this test, behind only the Q1604. The subject's face is obscured by noise, but line 1 of the chart is fully legible while line 2 may be partially made out. Both the VB600 and HF3101N prove too noisy to provide details of either.

We also tested the 864's WDR performance in an warehouse scene against a strongly backlit overhead door: 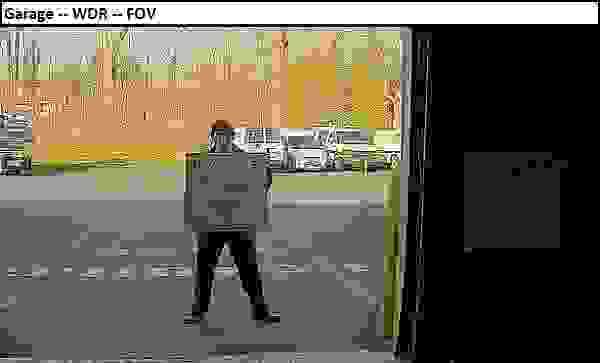 Against the strong backlighting, the 864 performs well, with subject and chart clearly visible, though not as clear as Dahua and Sony. In the darker section beside the door, performance is not as strong, with fewer subject details than in the Q1604 and VB600, though better than the HF3101N. 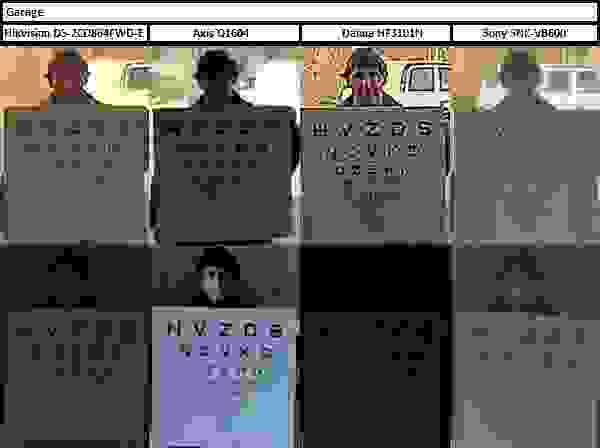 The following comparison shows the effects of WDR levels 1, 50 (default), and 100. At 1, performance is poor, with details more difficult to see, and objects in the bright area outside more difficult to see. At 100, details are modestly improved, but digital noise is introduced in dark areas, limiting benefits. 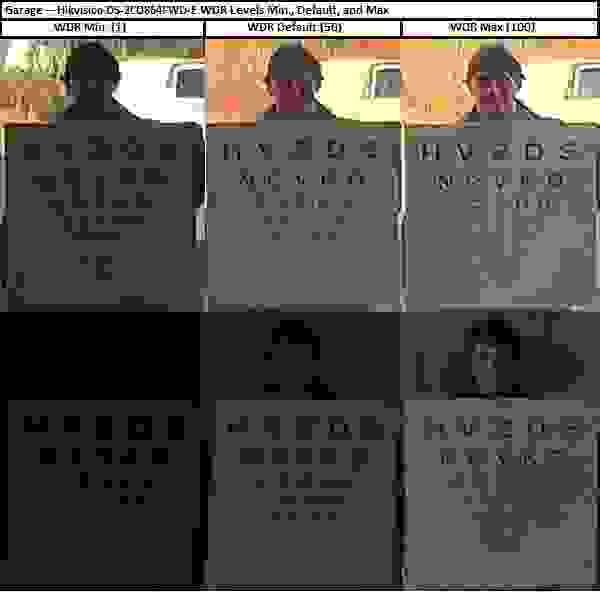 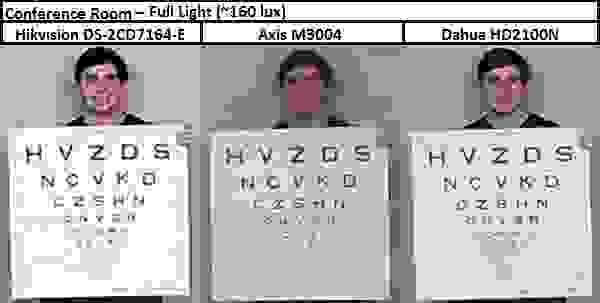 At 1-2 lux, the 7164 outperforms the other two cameras in this test, with the subject still easily visible and the chart legible to line 4. 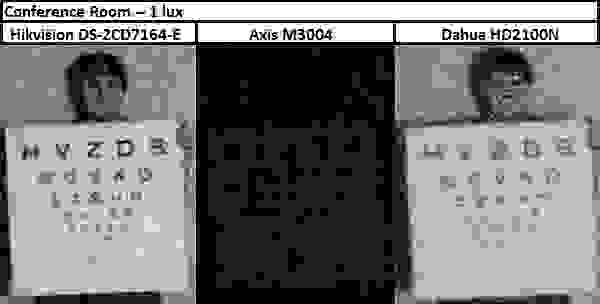 Finally, below 1 lux, the 7164 is edged out by the Dahua HD2100N, which provides slightly better detection of the subject. The Axis M3004 is essentially black. 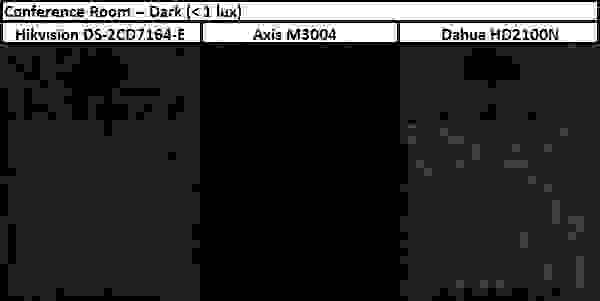 First, we placed our subject at approximately 50m, the maximum claimed range of the 2232. At this range, he is not visible in either camera, simply beyond the IR illuminator's reach.

Neither camera's IR illumination pattern fills the entire FOV, as seen below. Illumination is much stronger in the center, with our subject nearly unnoticeable at the edges of the image.

Finally, the 2032 suffered from significant hotspotting at close ranges, about 12' and under. The 2232 did not suffer from these effects until much closer to the camera, about 6', when he was halfway out of view. 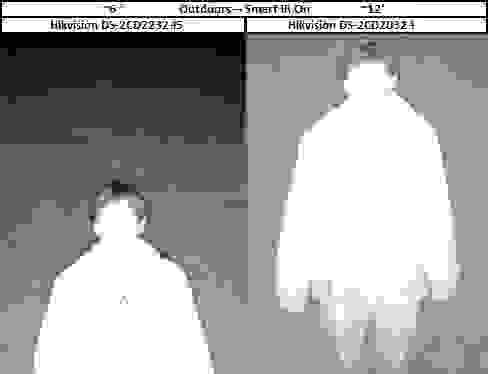 Below are bandwidth measurements of cameras used in this test. We standardized the cameras at 1/30 exposure, using H.264 codec, at default compressions for each camera. 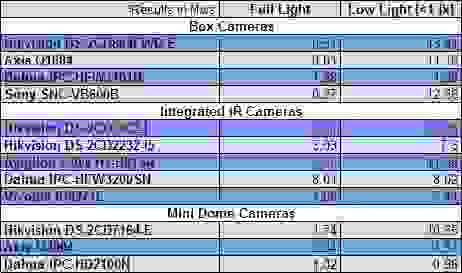