"Hikvision is at the Cutting Edge of the New Totalitarianism" Says WaPo Editorial Board, Calls For Sanctions

The Washington Post, the most widely-circulated newspaper in the US capital, is calling for sanctions against Hikvision, a major escalation of public discourse that brings greater awareness to Hikvision’s human rights abuses. 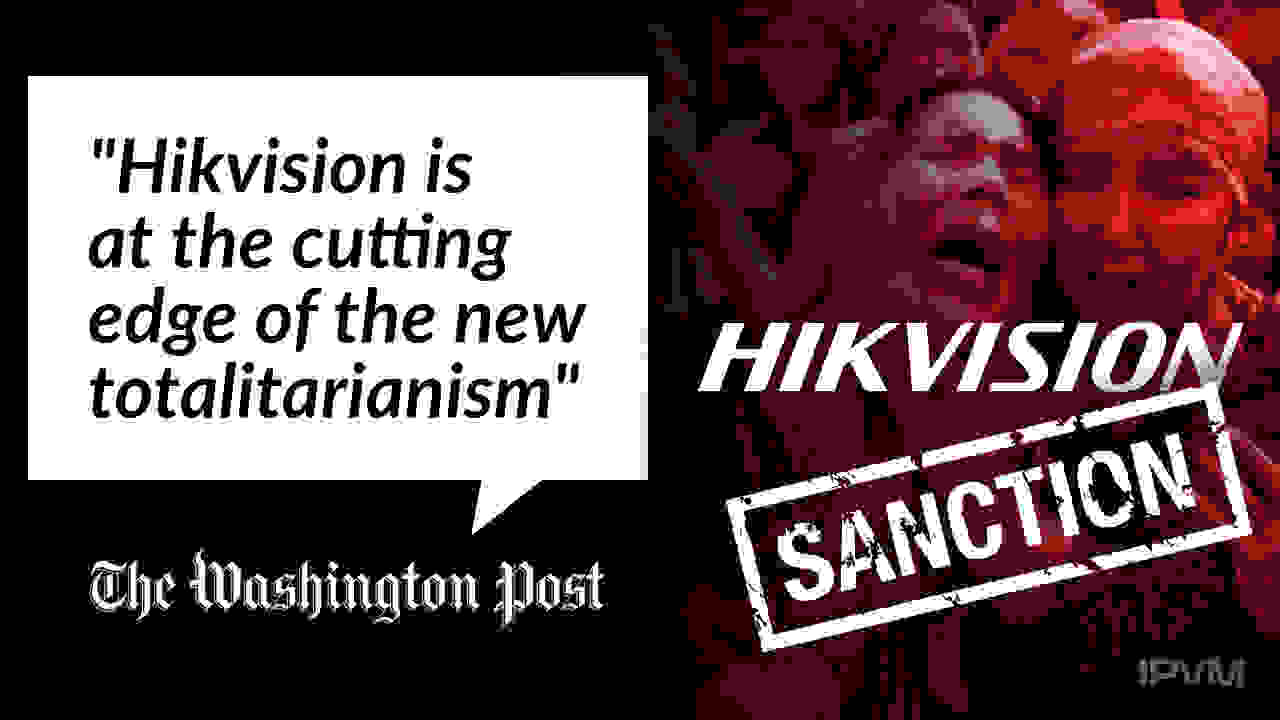 The Post's Editorial Board taking this stance shows how notorious Hikvision has become and is a sign of growing recognition and opposition to the PRC manufacturer.

Editorial Board opinions at the Washington Post require consensus among the members and are not random submissions to a newspaper. The Post's editorial board consists of 10 members across a range of focus areas:

In calling for sanctions against Hikvision, the ten board members have taken a stand that the public should be made aware of the threat the PRC manufacturer represents.

Uyghur Genocide - "Hikvision Is About As Complicit As It Gets"

The board cites Hikvision complicity in the Uyghur genocide as the primary reason for imposing sanctions, stating:

Many recent sanctions against Chinese firms focus on their complicity in the cultural genocide of the Uyghur Muslim minority — and Hikvision is about as complicit as it gets, with its cameras lining the walls of mosques and detention camps all over the Xinjiang region.

Further, the board cites how Hikvision marketed Uyghur detection technology for PRC security forces, linking to an IPVM report:

Hikvision even marketed for a time an artificially intelligent camera that automatically identified Uyghurs, for the convenience of security forces

Given Hikvision's size and scale, the board noted how the PRC exports technology to influence other countries:

The Chinese government has been in the business of exporting repression to Latin America, Africa, the Middle East and elsewhere by selling monitoring systems.

The board also noted how this technology found its way into Western democratic governments. IPVM has reported extensively on this topic, including with TechCrunch on a piece about how the federal government purchased banned equipment, cited in the editorial:

Even the U.S. federal government used Hikvision cameras until Congress ordered agencies to remove the technology, and some agencies continued to purchase the equipment even after the ban.

"Cutting Edge of the New Totalitarianism"

The piece concludes arguing Hikvision's size and influence, coupled with its human rights abuse record, makes the task of sanctions not "too difficult" despite the risk of escalating the conflict.

Hikvision, in short, is at the cutting edge of the new totalitarianism. Its heft around the world also means there are few levers the U.S. government can pull to diminish its impact meaningfully.

But drawing up such a principle according to the particular threat Hikvision poses shouldn’t be too difficult a task.

While many IPVM subscribers are aware of Hikvision's business and track record on human rights, the majority of the public is not. The WaPo Editorial Board's stance is a major indicator mainstream criticism of Hikvision has increased and will bring more awareness to Hikvision's human rights abuses. Correspondingly, buyers, sellers and users of Hikvision should expect to face more public scrutiny.