The fundamental problems of temperature screening in doorways are, by now, well known, including by Hikvision. 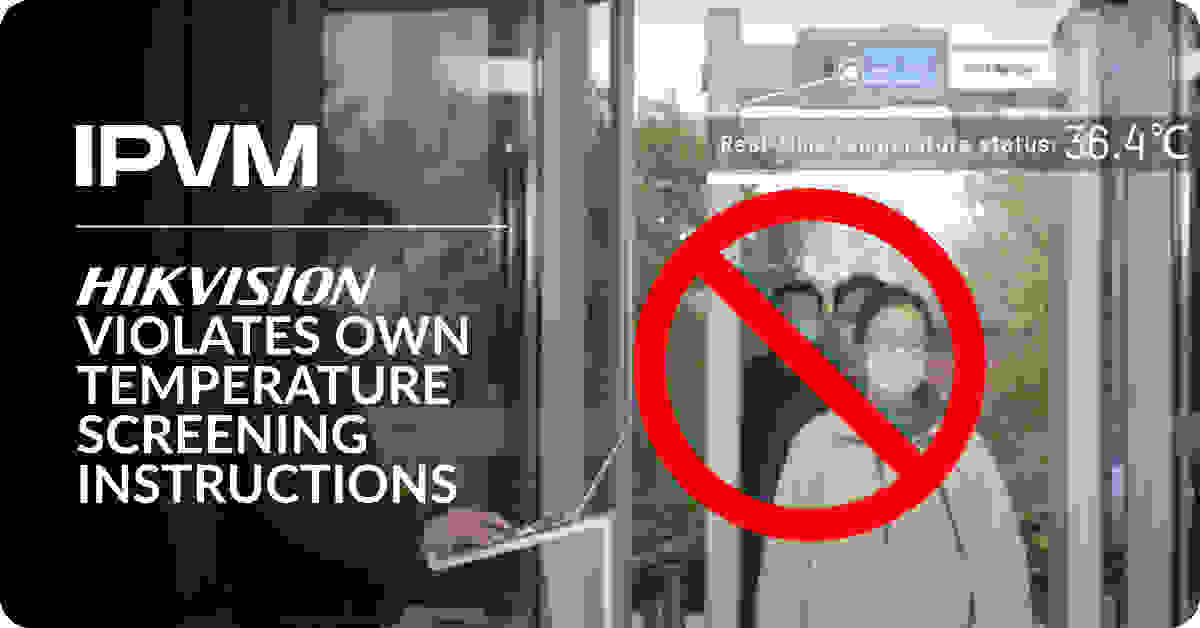 However, Hikvision's newest marketing violates its own "specific instructions", underscoring the lack of ethics and the waste of money in deploying such systems.

Update, Hikvision has now deleted it after IPVM called this out. Here is a saved version of it:

Hikvision shows people entering their own building with the doors open and people coming in from the cold: 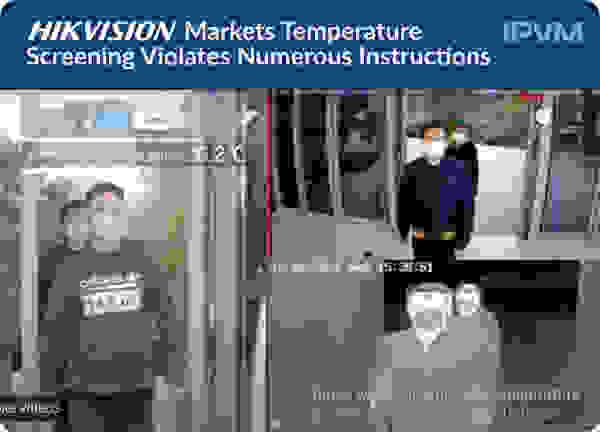 By contrast, in December, Hikvision published, "Why expert installation is vital for back-to-business video".

Two months ago, Hikvision pleaded that “organizations must observe due diligence" installing these systems or they "simply won't work': 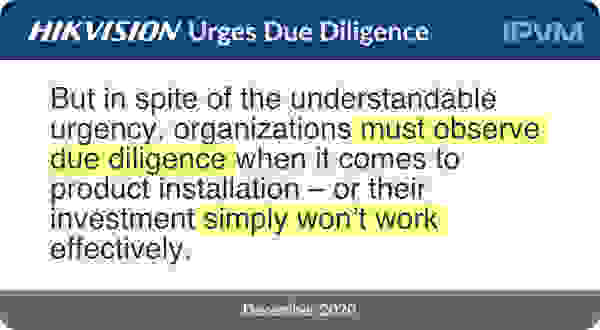 In particular, Hikvision said to avoid installing these devices in 'changeable conditions' and those that do not have 'consistent temperature': 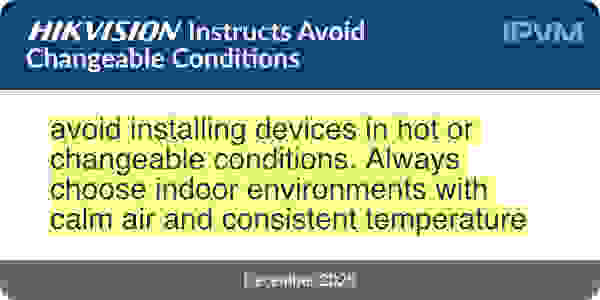 Hikvision went so far as to instruct avoiding installation in 'semi-open locations' such as doorways:

Yet, now, they have a marketing video which is a textbook violation of their own specific instructions.

And, to be clear, Hikvision has marketed doorway and semi-open temperature screening repeatedly for the last year. For example, in the video below, from 9 months ago, which has been viewed 79,000+ times, Hikvision again showcases doorway entrance screening:

Worse, Hikvision real-world deployments are done outdoors or in semi-open areas over and over again. For example, numerous malls in Brazil:

Sales Based on Deception

The reality is Hikvision's sales and marketing depends on deceiving buyers into thinking Hikvision can deliver effective and reliable temperature screening of people immediately as they walk into buildings from the hot or cold. If Hikvision honestly followed its own 'specific instructions' and made clear to buyers the various limitations of these systems, very few would actually buy them.

There is no doubt that Hikvision understands the technological limitations, as they have published clearly on them. Hikvision has chosen profits over ethics, encouraging the public to waste money and reduce safety so that Hikvision can make more money.

Hikvsion and them being controlled by the "Chinese Communist Party.

They gave us Covid and now they profit.

Who should be surprised?

And now Alibaba is to be nationalized, one step further into a 1 Nation 1 Company thing, it's weird to say the least...

This kind of activity is usually followed up by a big promotional Hikvision sale by one of the big distributors with first letter "A".

Not very surprising. Smart people realized months ago that the fever camera market is a total scam. Manufacturers pushing these products are just concerned with taking advantage of scared or uninformed buyers. Why should we expect them to adhere to anything other than blatant promotion of the products any way possible?

In China, elevated temperatures work the way the CCP wants them to work.

In China, everything works the way the CCP wants it to work.

I have said it before & will say it again. Anyone selling these devices is no more than a snake oil salesman who should be banned from our industry for life.

Sorry to say, but it looks like the two videos from Hikvision are no longer available. Would you have alternative links to them by any chance ? 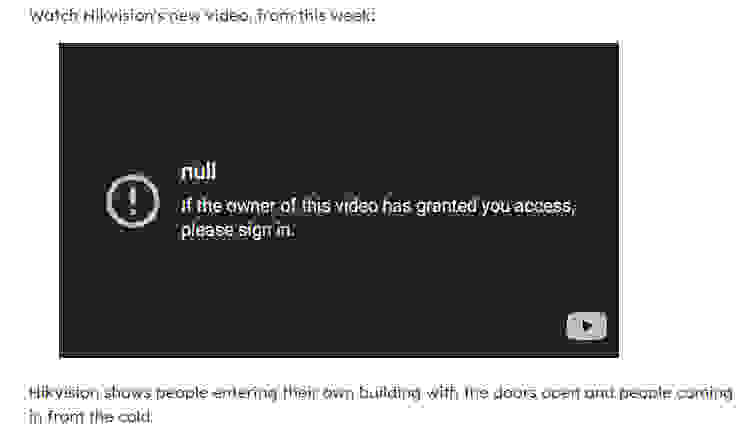 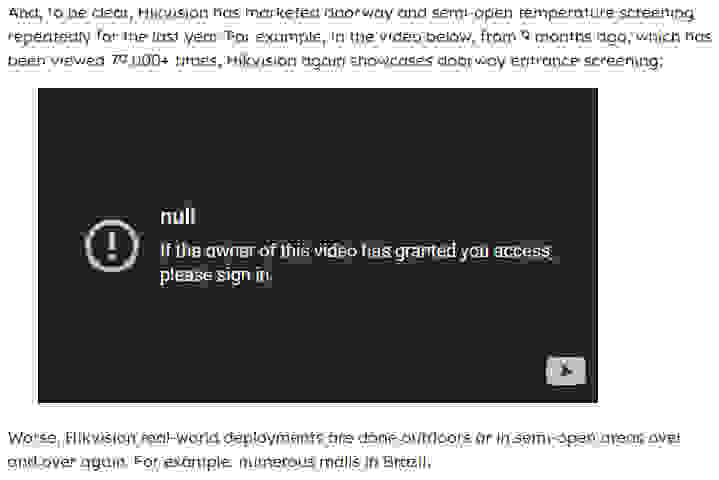 #6, they recently deleted the videos. We did anticipate that and saved the recent one, posted below:

Btw, there are plenty more Hikvision videos like those showing temperature screening of people in exterior doorways: 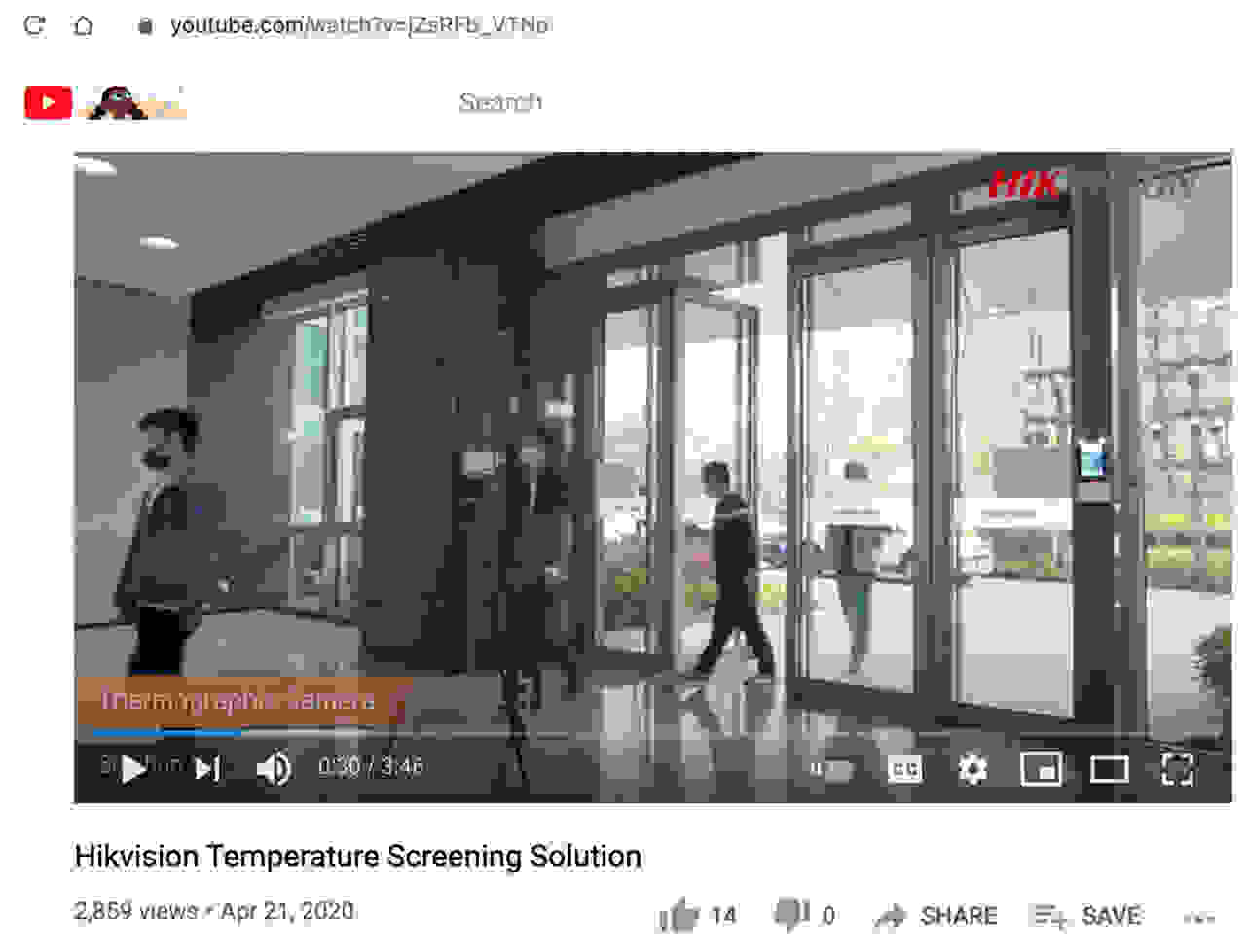 Here is another Hikvision video, this one from the alleged product manager of their temperature screening thermal solution showcasing exterior doorway screening: 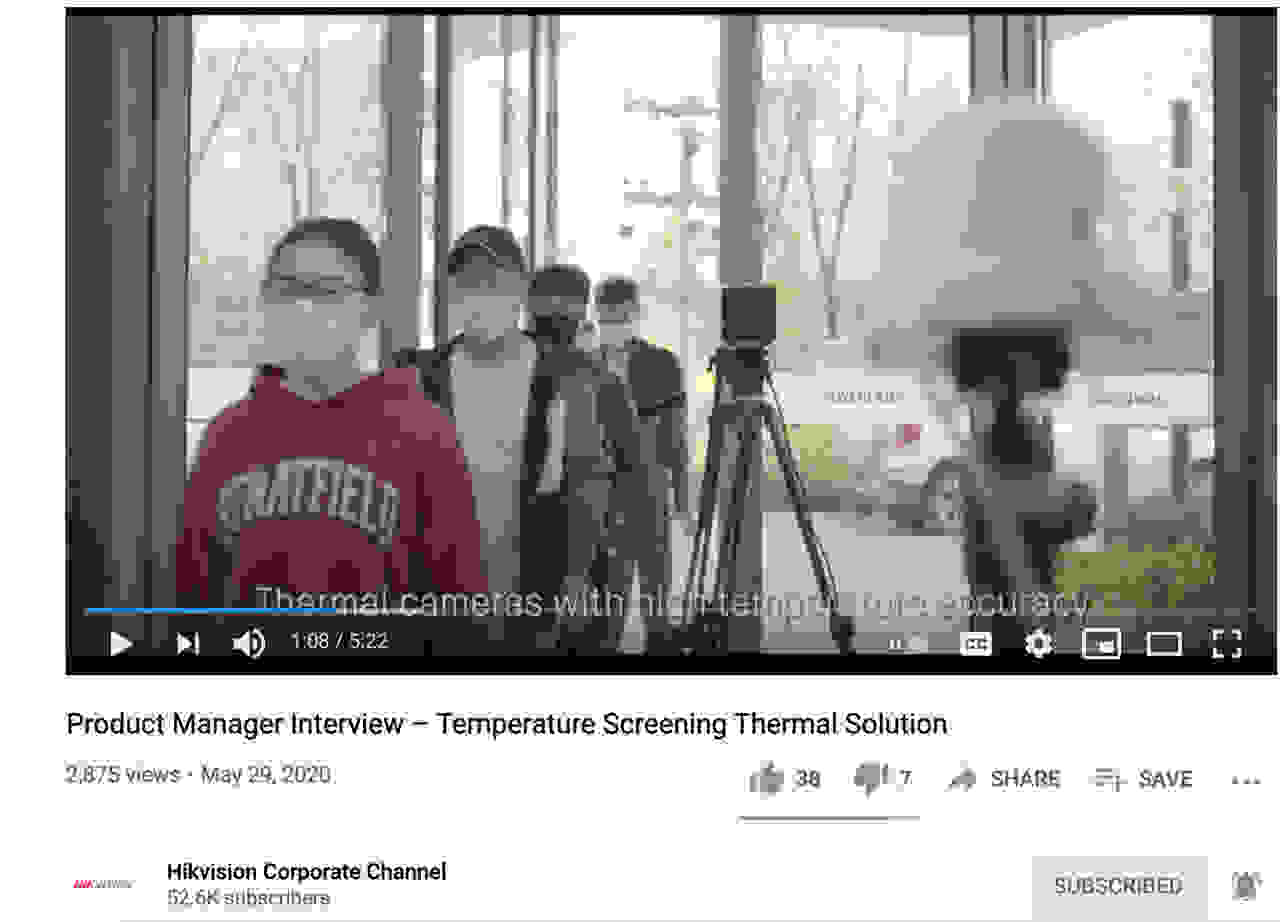 This is systematic with Hikvision, even with their supposed experts.

Update March 2021: Hikvision has now deleted the video but we saved it and uploaded for evidence, embedded below: