Hikvision is the dominant provider of Xinjiang regional "command centers", including the back-end platform used to surveil the population, plus accounting for a "very large share" of one large Uyghur county's equipment, per 2021 PRC government bidding documents. 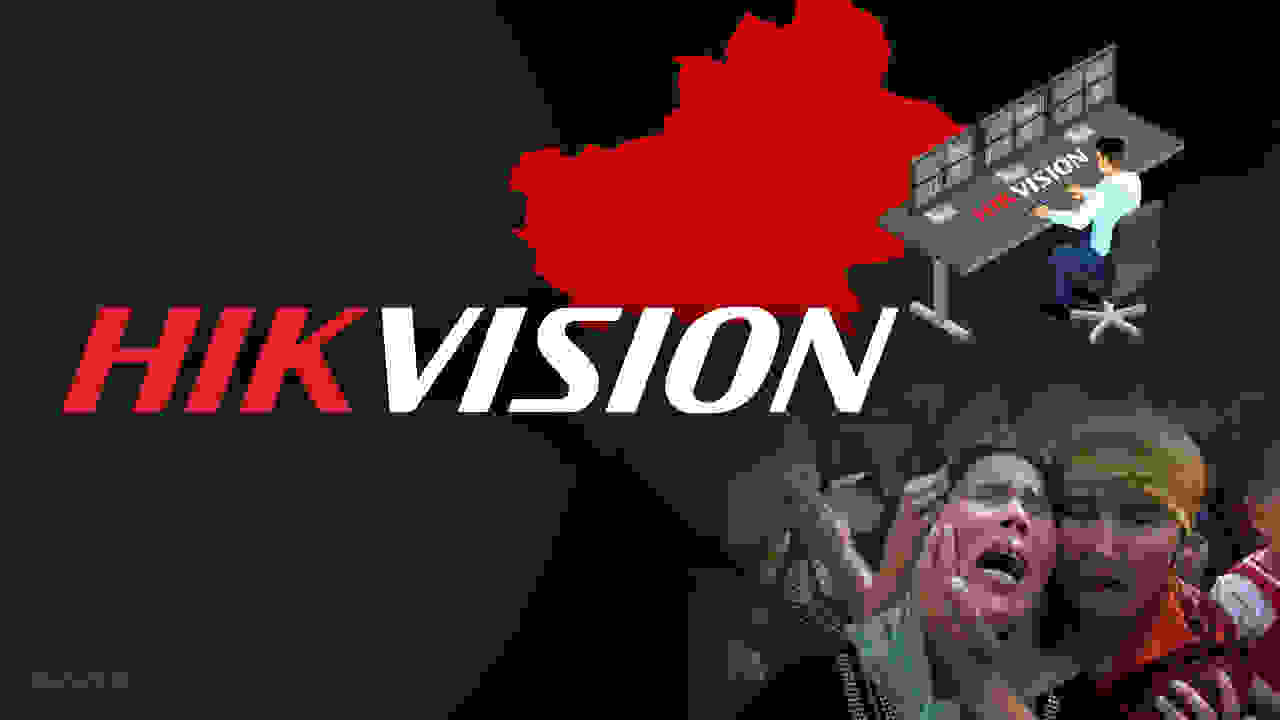 While Hikvision is most known outside of China for selling cameras, these documents show how central Hikvision is in managing end-to-end PRC public surveillance systems.

Hikvision has long had extensive direct operations in Xinjiang, with this new document showing how it continues and expands.

A Xinjiang Government Procurement tender issued a sole source justification for only buying Hikvision declaring that "most of" Xinjiang's county and city "stability maintenance command centers" (维稳指挥中心) "use the Hikvision platform":

This tender also noted that "in the Aksu region, in terms of other video-related applications, from front-end collections to back-end platforms, Hikvision accounts for a very large share": 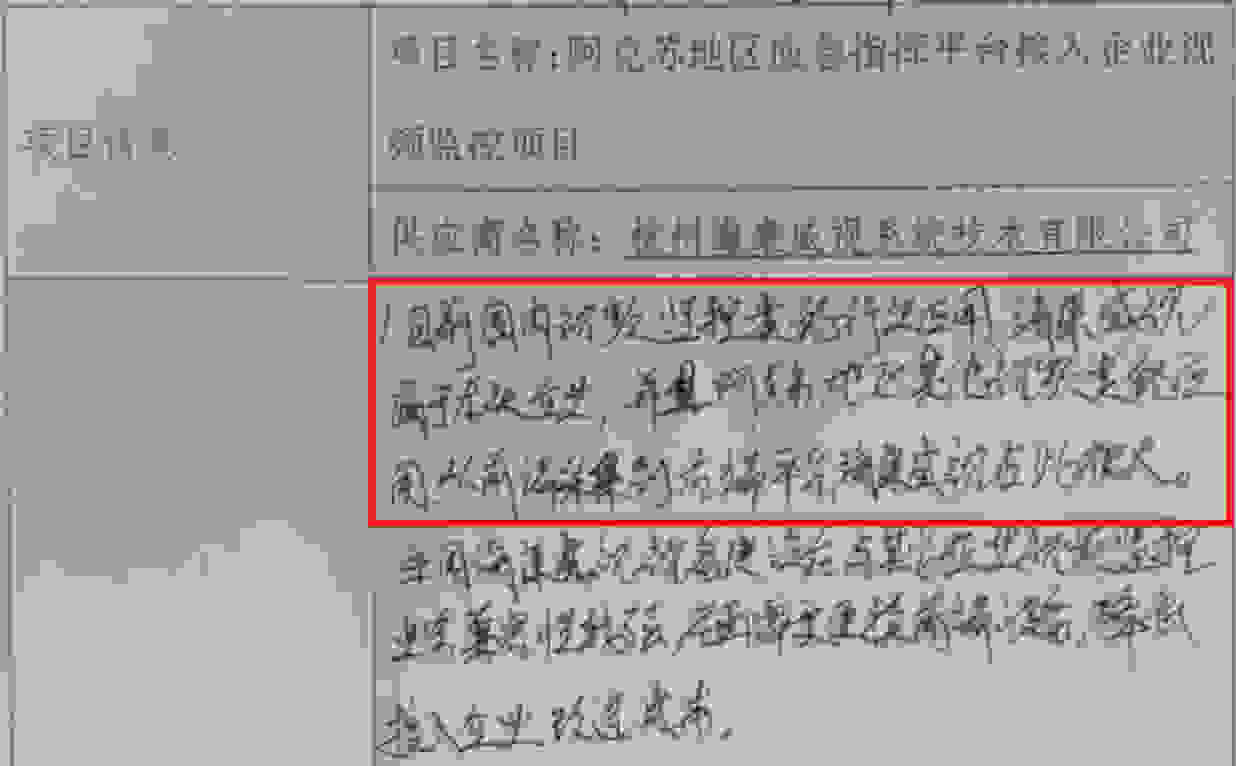 Aksu, which has 2.7 million residents, is ~80% Uyghur with a minority Han Chinese. Hikvision and Dahua's huge Xinjiang police surveillance projects have been concentrated in mostly Uyghur parts of Xinjiang.

In 2021, the 45th Regiment of the 3rd Division of the XJPCC issued a tender for the "digitalization" of its Stability Maintenance and Comprehensive Management Center which mandated Hikvision gear end-to-end, including Hikvision's "iMMS-8700" platform and 18 55-inch Hikvision LCD display screens, indicating the center is used to centralize camera feeds for surveilling the local population:

While there are almost no public details about what these Stability Maintenance Command Centers actually do in Xinjiang, IPVM found two tenders for such centers in Xinjiang, both built by the Xinjiang Production and Construction Corps (XJPCC), the sprawling paramilitary entity that is sanctioned by the US government.

In further proof the centers are used for surveillance, in 2020, the Public Security Unit of the 14th Division of the Corps in Kunyu, Xinjiang, started building a Stability Maintenance Command Center (维稳指挥部); per the bidding contract, it was looking for contractors that have good qualifications for security system integration and working with state secrets. The winner of this contract, Xinjiang Lianhai Chuangzhi, is a fully owned subsidiary of the CET Group in Xinjiang (i.e. part of the CETC, like Hikvision) and was sanctioned in July 2021.

The concept of "stability maintenance" (维稳) dates from the 1990s with the formation of the Central Stability Maintenance Work Taskforce (中央维护稳定工作领导小组) by the Communist Party amid various social problems at the time, e.g. corruption, unrest, Falun Gong, etc. In 2005, the Taskforce was then put under the administration of the Public Security Ministry. In 2018, the Party dismissed the Taskforce and moved the "stability maintenance" responsibility to the Central Political and Legal Affairs Commission (PLAC).

In Xinjiang, stability maintenance is closely tied to anti-terrorism and often mentioned in the same breath (Anti-Terrorism Stability Maintenance/反恐维稳). "Maintaining stability" and "anti-terrorism" were mentioned repeatedly in a speech last month speech last month by Aksu Prefecture Party Secretary Wang Gang who urged "we must not let the hard-won stability situation be reversed": 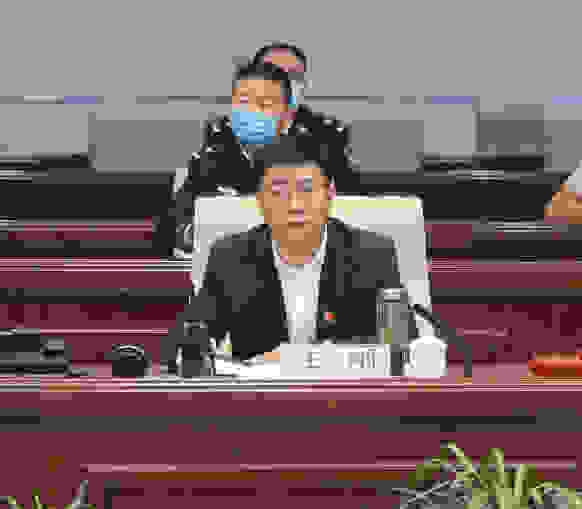 Firmly uphold the general goal of social stability and long-term stability, comprehensively promote the normalization of the rule of law in counter-terrorism and stability maintenance, and ensure that the overall social situation continues to be stable and long-term stable.

it is necessary to adhere to the results-oriented approach, unswervingly safeguard social stability, always keep the alarm bell ringing and vigilance always exist, always tighten the string of counter-terrorism and stability maintenance, firmly establish a bottom-line thinking, strengthen risk awareness, scientifically study and judge the situation, do a good job in counter-terrorism and stability maintenance work in accordance with laws and regulations, and must not let the hard-won stability situation be reversed. [emphasis added]

The price of this "hard-won stability" is at least one million Uyghurs and other minorities disappeared into concentration camps plus a surveillance state deemed to amount to 'Crimes Against Humanity' by the Uyghur Tribunal.

Hikvision did not respond to IPVM's request for comment. Generally, Hikvision denies human rights abuses and last year issued a statement saying, via its hired US law firm, that it did not "knowingly engage in human rights abuses". More recently, Hikvision has refused to speak publicly about its Xinjiang operations with the UK Surveillance Camera Commissioner, alleging such information was "commercially confidential".

Last week, the FT reported that the "US [Treasury Department] is moving towards imposing hard-hitting sanctions on Hikvision, the Chinese surveillance camera company accused of enabling human rights abuses." Hikvision said this report was unverified but Hikvision hired an ex-Treasury official last year and has been lobbying the US Treasury for some time.

As this PRC government document shows, Hikvision has played a central role in the surveillance of Uyghur ethnic minorities, including as the direct provider of municipal wide command center platforms, something that Hikvision strives to obscure from public scrutiny.

Thanks again for continuing this coverage.