One camera that delivers AHD, HDCVI, HDTVI and 960H, all for as little as $15 a camera. 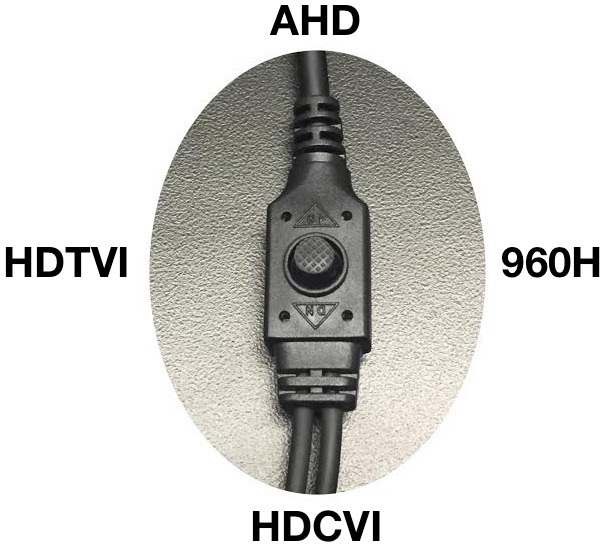 Both on price and claimed support, that is pretty outstanding. And we are hearing from people all over the world who are considering these cameras.

How well does the 'four way' work? Can you really just adjust a control (see right) and get high-quality AHD, HDTVI and HDCVI?

Do not use these cameras.

In our tests, the four way cameras functioned as promised, switching from AHD to CVI to TVI or analog in just a few seconds. In some cases cameras needed to be disconnected/reconnected from DVRs to properly perform, but all were able to view the camera at its claimed (if not effective) resolution.

However, no matter which variant was selected, none of the tested cameras provided image quality on par with dedicated cameras of each type. AHD was especially poor, with severe noise and smearing.

And, as with all cheap import cameras we have tested, support is weak to non-existent, essentially limited to emails and no presence outside of Asia.

Prices on the 4-way models ranged from ~$12-14, not including shipping, direct from the manufacturer.

This is low compared to even the rock bottom priced no-name AHD models we tested, ~$20 USD.

Similar CVI and TVI models from Dahua/Hikvision are priced at ~$40-50 USD.

Though these cameras offer the flexibility of using one model for all HD analog variants, image quality was too weak to recommend they be used in the field. With real, licensed CVI and TVI models available from reputable manufacturers (and to a lesser extent, AHD) under $50, deploying these cameras makes little sense.

Users switch the camera from one technology to another by holding the 4-way switch at the end of its cable whip in one of four directions. For example, holding the switch left while applying power changes to HDTVI mode, while holding it down switches to HDCVI.

We show this switch in this physical overview video:

In this video, we connect a camera to two DVRs, one CVI and the other TVI, starting with the camera in AHD mode. Cycling power and holding the switch changes mode, connecting the camera to the DVR with the correct technology.

Image quality of the 4 way cameras was poor compared to dedicated AHD/CVI/TVI cameras.

AHD was by far the worst, with significant smearing of colors and noise making the image look blurry compared to even a cheap real AHD camera (Sunivision). 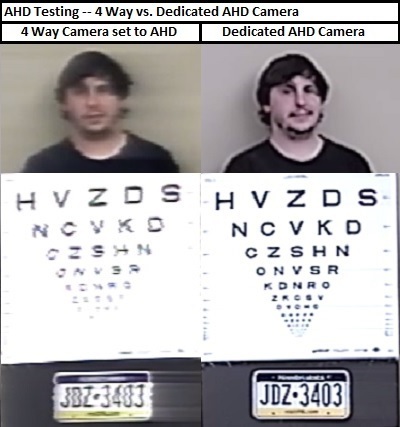 Using HDCVI mode, the camera performed better, without the smearing issues seen in AHD, though with noticeable reduction in subject details compared to a real HDCVI camera. 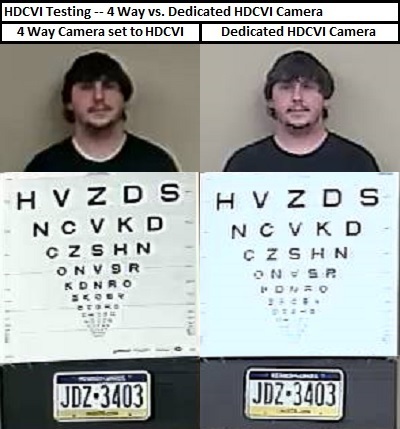 In HDTVI mode, the camera performed similarly, with better subject details, though introducing ghosting of letters on the test chart. 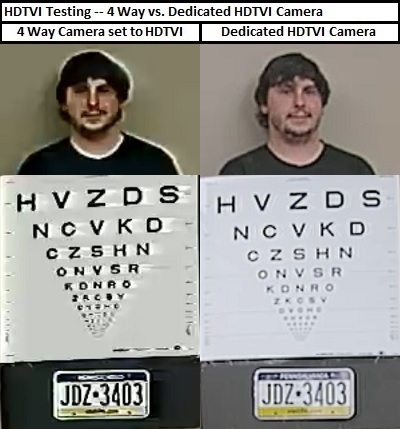 Disassembling one of the cameras, there do not appear to be dedicated chips for each HD Analog variant, typically clearly marked as Techpoint/TVI, NextChip/AHD, or Dahua/CVI.

Users may click on the images below for full size detailed images of the top and bottom sides of the camera's board. 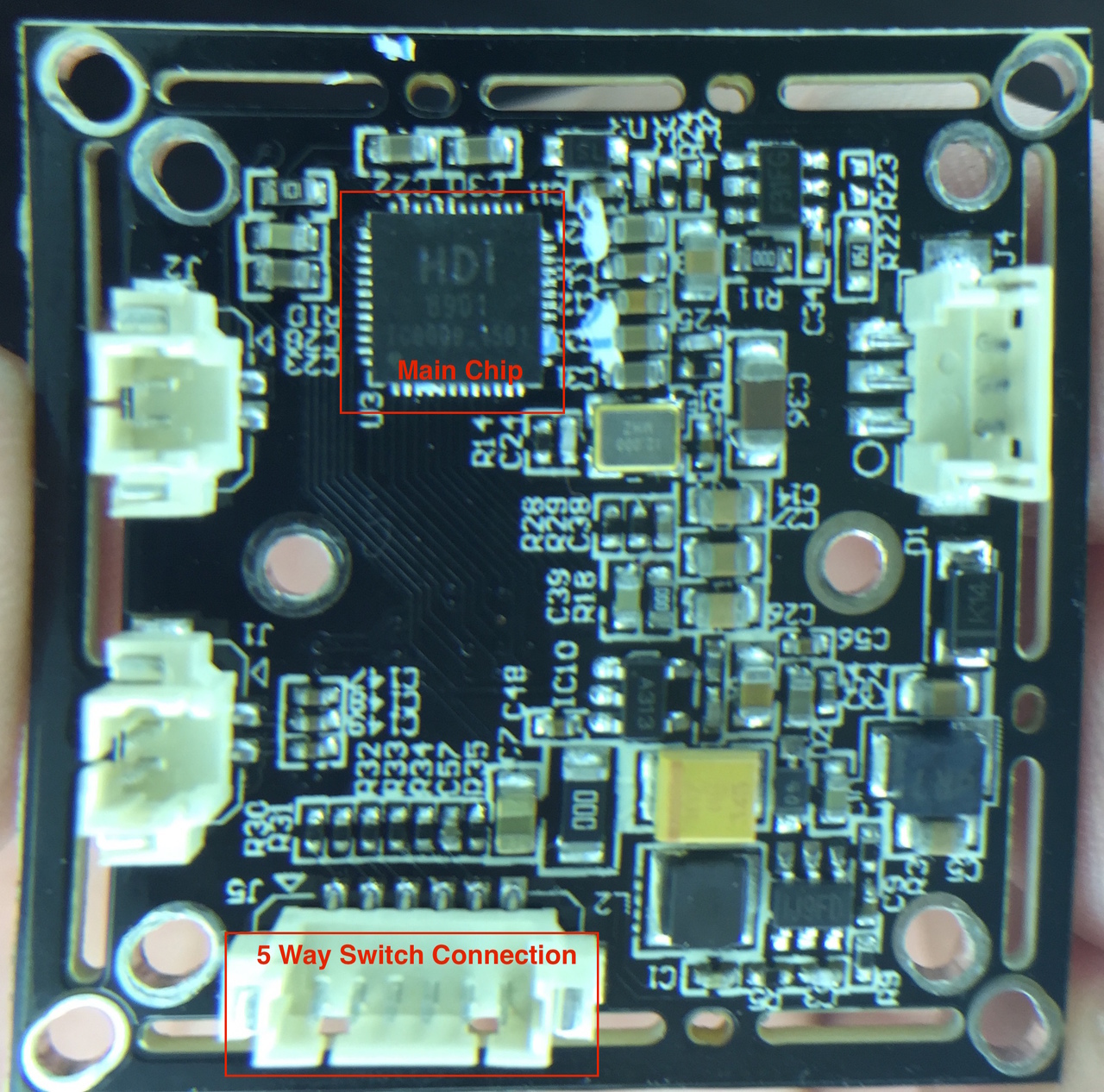 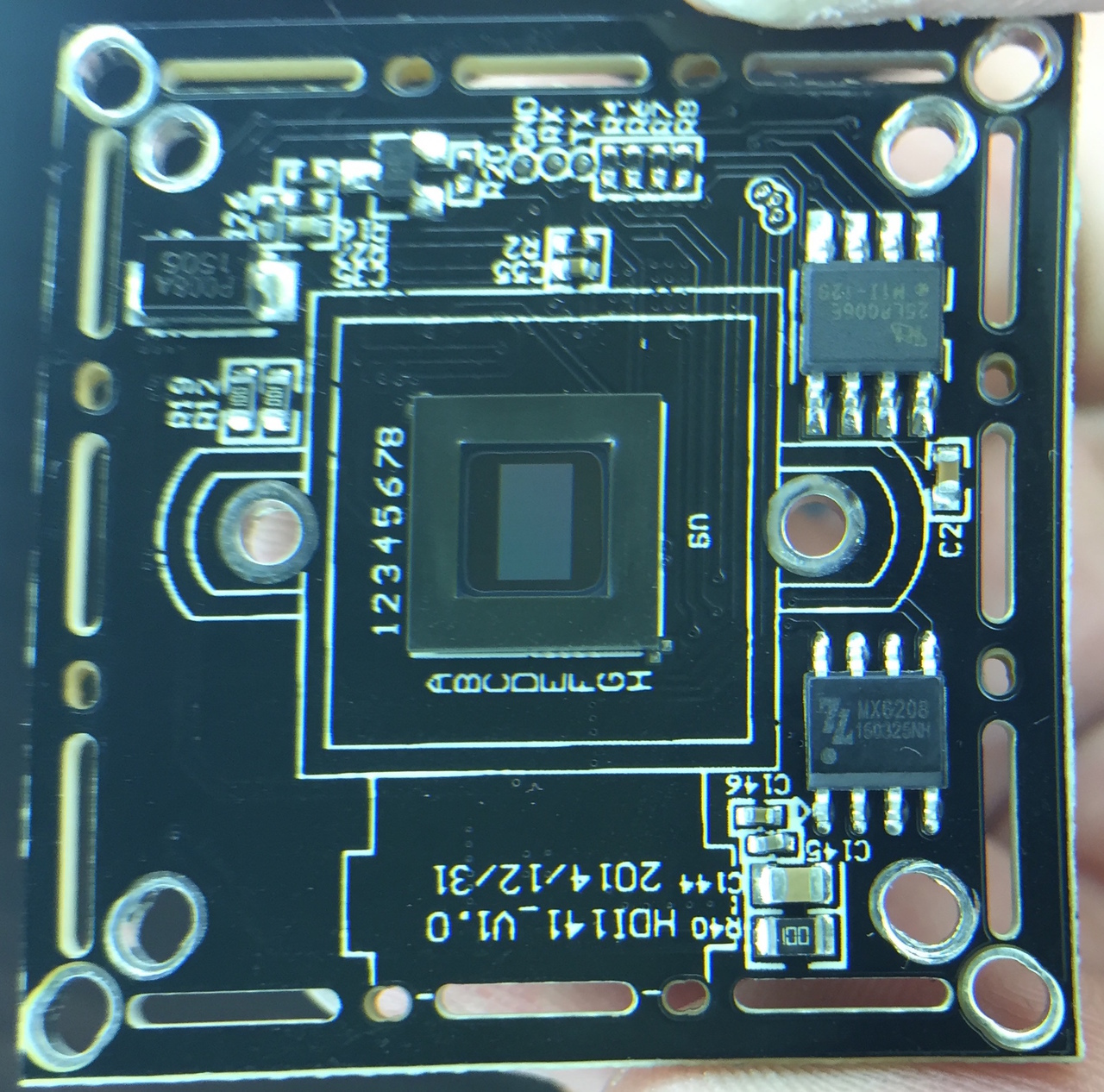 Surveillance Cameras 2017 Overview on Jan 02, 2017
This report concisely explains the developments and most common options for...
33 New Products Directory - Fall 2015 on Sep 28, 2015
New products or major tech isssues that IPVM has reported on this summer /...
Comments (4) : Subscribers only. Login. or Join.