Grounding and Bonding for Video Surveillance

One of the most misunderstood and sloppiest elements of network design, grounding and bonding mistakes can lead to big problems. 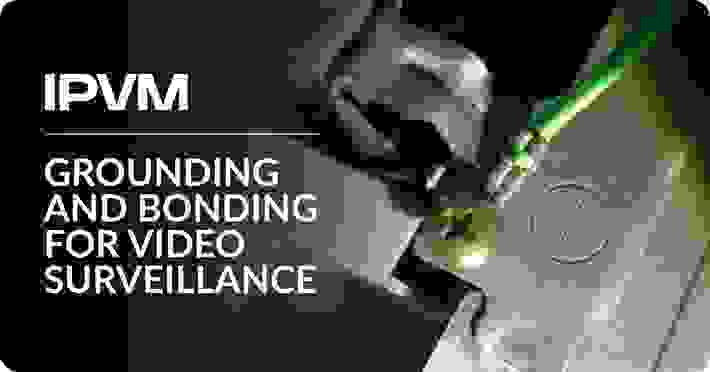 In this note, we explain the key elements involved including:

Following the precept that electricity follows the path of least resistance, grounding and bonding is the practice of installing electrically sensitive equipment to an engineered point

Essentially, Grounding and Bonding describe different steps in the same process; a grounded system is the goal, and bonding is the process of connecting gear together for that purpose.

The necessity of bonding and grounding in a surveillance system is two-fold:

In a typical surveillance system, any of the devices that are in close proximity to high-voltage sources - like ethernet switches or servers plugged into wall main outlets, and the cables and other devices connected to that equipment - need to be properly grounded, and bonding is typically the prescribed method of doing so.

Proper grounding and bonding for network-attached systems are described in two primary resources:

Together both of these documents form the basis of how surveillance systems are properly bonded and grounded, including the three methods described below.

For video networks, three major types of grounding and bonding methods are employed:

In general, any or all of these methods should be used where presented. These methods rely on the availability and proper installation of a formal earth ground point designed into the architectural and electrical plans of a facility. In most cases, this will be readily available within a data center or server room in the form of TGB or TMGB points.

Most rackmount equipment is incidentally grounded through contact of the mounting screws securing the devices to the rack. However, in many cases, a more deliberate method is called for that typically involves attaching a grounding wire to the chassis and rack by way of a bolted lug. This method is described in the installation instructions of the rack-mounted device, with the appropriate hardware and mounting instructions included with those devices. A typical example from a rackmount switch is shown below: 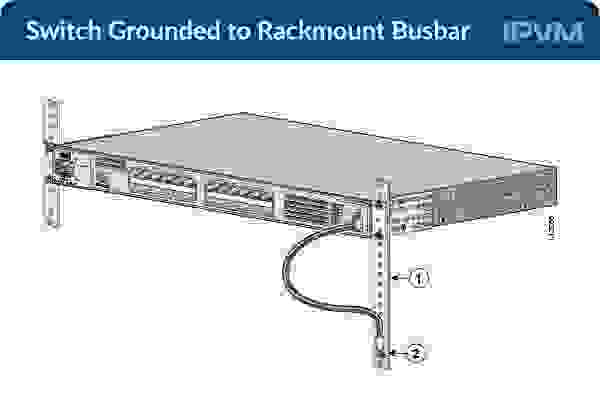 In other cases, a single screw or wire (often color-coded green) is located on the metal mount or chassis of a device. Cameras designed for mounting onto or in electrical junction boxes, or midspan PoE injectors are prime examples where this method is found. The 'grounding point' where bonding cables or ground wires can be physically attached to the unit is typically marked with a universal 'ground point' symbol: 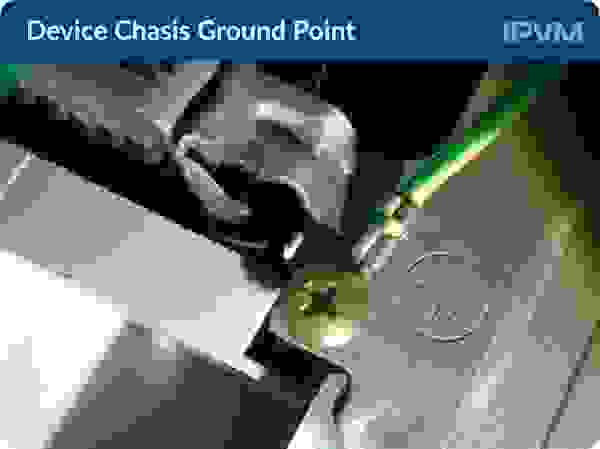 For this type of grounding to be adequate, the attached wire must itself be properly connected to a bond or ground point at the other end.

The most common type of grounding utility is also the least effective at preventing surveillance system issues. Modern electrical devices include a third prong designed into the modular plug and outlet connector. The image below shows how this prong comes into contact with the (green) ground wire attached to the outlet plug inside the wall: 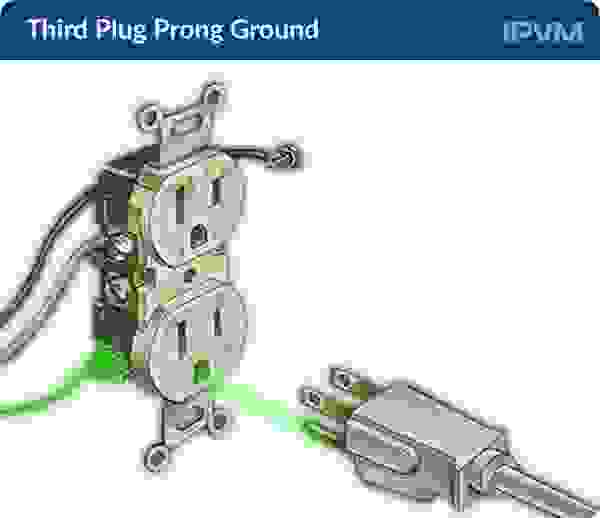 However, this type of ground often is purely to maintain the safety of the chassis by creating a path of least resistance between the device's internal power supply, the enclosure, and the main electrical circuit. The grounding property of this type of loop may not address any cabling or devices in turn connected to the device by a network. As such, most switches and power supplies include other methods of grounding in addition to a three-pronged plug.

Typically, the biggest threat of shock or electrical damage on the camera side is presented by lightning. If lightning strikes near the camera, the cable can become a conduit for very dangerous extremely high voltages. A 'lightning arrestor' is typically used to isolate the surge of current as close to the camera as possible.

Some varieties of cable include shielding or metallic grounding elements within the bundle. Most commonly STP (Shielded Twisted Pair) typically includes a foil sheath that surrounds pairs or the entire group of pairs that must be grounded to dissipate potential harmful electrical interference.

For STP cables, most shielding is designed to be grounded at the ethernet jack at the switch. However, maintaining conductive contact with the switch port and the cable's shield requires the connector itself to be conductive. For example, note the difference between the 'UTP' and 'STP' types below: 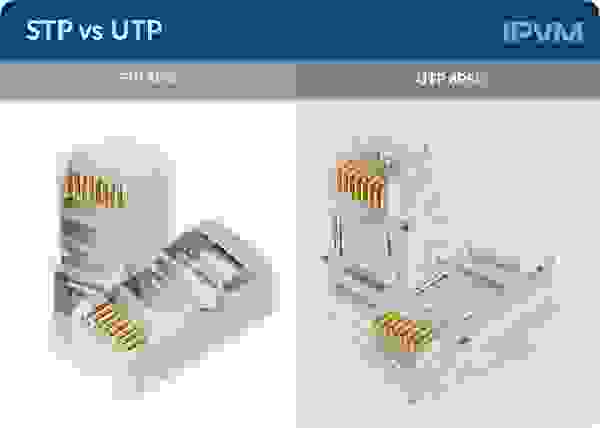 The 'STP' type is clad in a metallic surround that keeps the cable shield in contact with the grounded jack. In order to preserve the property of shielding, UTP-style connectors cannot be used properly with STP cabling.

In analog CCTV systems, when cameras and recorders are ground to points with different potentials, the cable stretching between those two points can become the host for small but disruptive currents commonly called 'ground loops'. With the signal impedance of analog CCTV video signals being especially sensitive to these currents, isolators or blockers [link no longer available] are commonly used to trap and remove those currents.

With IP video, this is not a common problem simply due to the twisted pair properties of UTP cabling. The cabling design makes it much more difficult for such a current to interfere and travel in a 'loop' of cable, and therefore is not a practical issue.

Drain Wire For Access Control Reader Tutorial on Sep 23, 2020
An easy-to-miss cabling specification plays a key role in access control, yet...
Pole Mount Camera Installation Guide on Apr 11, 2019
Poles are a popular but challenging choice for deploying surveillance cameras...
STP vs UTP for Video Surveillance Tutorial on Dec 20, 2017
For many video system designers, deciding which ethernet cabling to use is a...
Comments (18) : Subscribers only. Login. or Join.