PRC state media Global Times condemned IPVM as a US government "sockpuppet" that is part of a plot to "demonize China" over our reporting on a Henan province police surveillance project which tracks and labels foreign journalists based on 'green', 'yellow', 'red' levels of "concern". 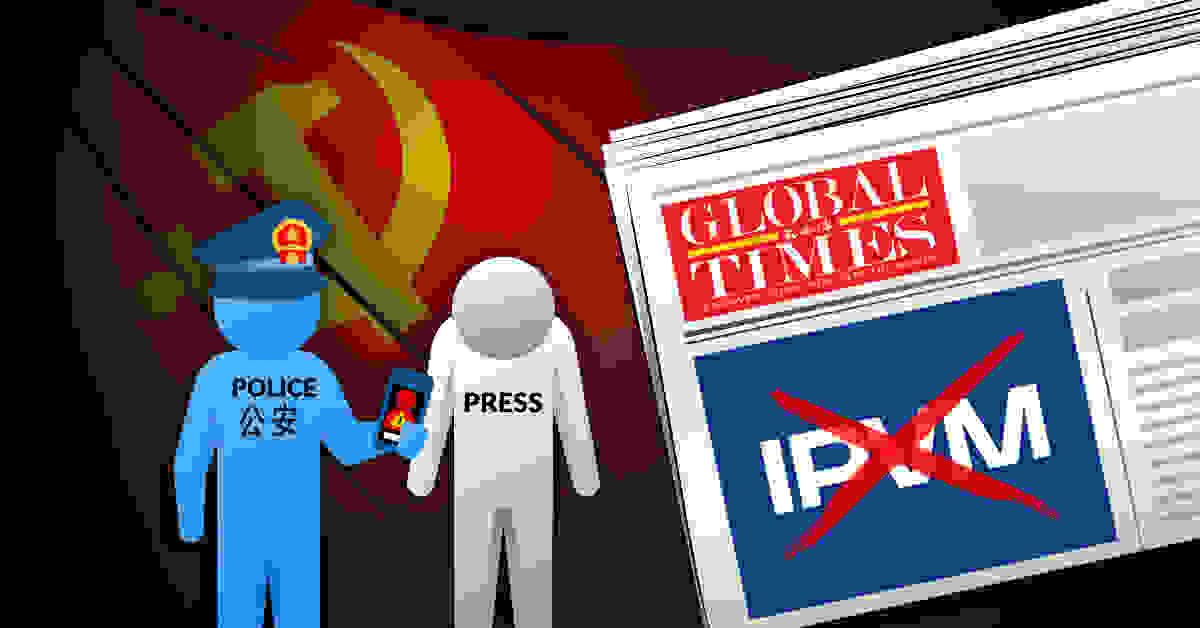 Global Times confirmed the Henan police project targets foreign journalists, arguing this is justified for "national security" since the PRC believes certain foreign journalists are actually coming for "espionage" or "subversion" or "separatism".

An example Global Times cited was the BBC's reporting on Henan floods, where foreign journalists were physically harassed, bolstering concerns that the Henan police system is actually about cracking down on foreign reporters.

The outlet also attacked IPVM as having "close ties to the US government", citing a comment from a pro-PRC subreddit as its main evidence, and falsely alleged an IPVM co-author is a "extreme white right-winger".

In this post, IPVM examines the Global Times report and responds.

Global Times is a news daily based in Beijing owned by People's Daily, the newspaper of the Communist Party of China. The outlet is often noted by non-PRC media for its nationalistic 'rabble rouser' tone and the outlet itself says it "broke away" from avoiding "conflict and confrontation" to help readers "better understand China":

From the day it was launched, the Global Times tentatively broke away from the journalistic tradition seen as normal in the Chinese media landscape, which avoids touching upon conflict and confrontation. It, however, distances itself from the other extreme, namely, designed provocation that is common in Western media’s China reportage. Given the circumstances in China, the Global Times takes great pains to present facts and views that could help the readers better understand China. 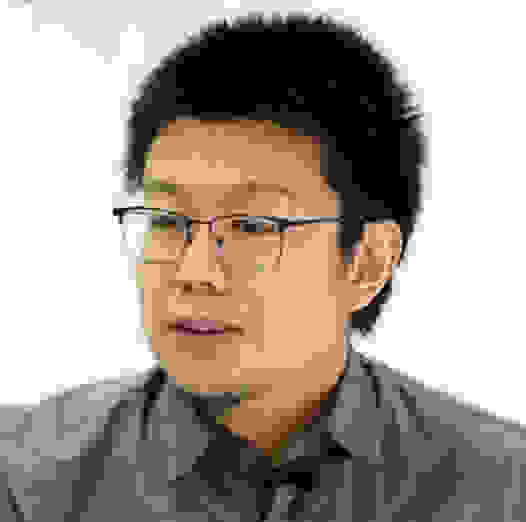 The author of the piece condemning IPVM is Gao Lei, who writes under the pen name 'Candid Brother' (耿直哥) and often publishes nationalistic opinion pieces e.g. "Without more than 200 years of hypocrisy and despicableness, the US wouldn't really be the most powerful country in the world." 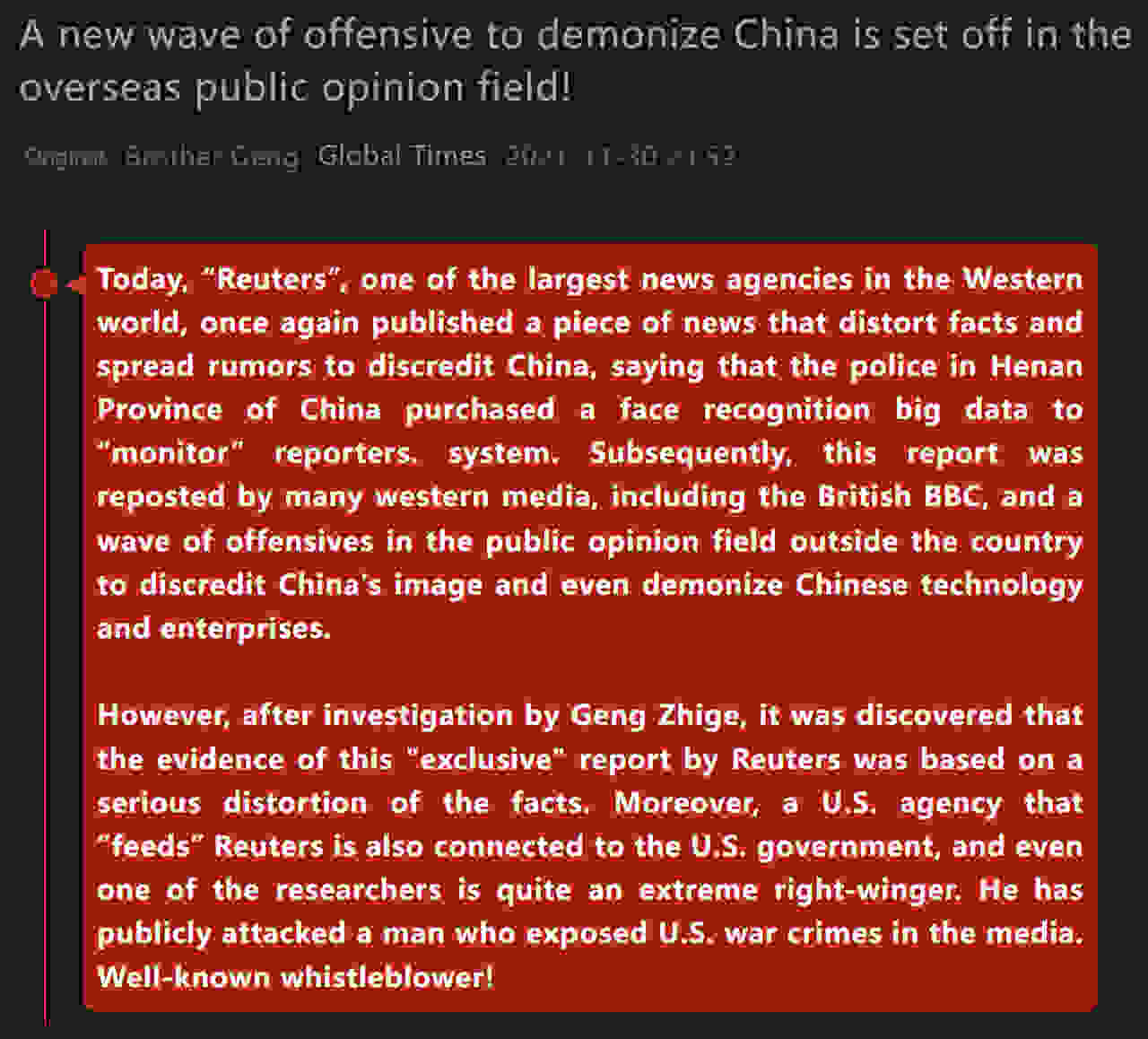 In defense of the Henan system, the Global Times argued that foreign "anti-China" elements are infiltrating China "disguised" as "international students or journalists" but are actually there for "espionage" and "subversion", citing BBC's China correspondent Robin Brant's "botched smear of the Henan floods" as an example:

as for why Henan should purchase such a system to manage foreigners, the reasons are obvious [...] for instance, those criminals who can't make a living overseas or have criminal records and hence come to China to look for opportunities to launder themselves; those anti-China elements who come to China under the disguise of international students or journalists and conduct espionage, subversive activities, as well as separatism over Hong Kong, Xinjiang, Tibet and Taiwan.

Such cases are not uncommon. In addition to a number of espionage cases that have been revealed in recent years, one recent case involving foreign journalists is the BBC's China correspondent Robin Brant's botched smear of the Henan floods. At the time, Zhao Lijian, a spokesman for China's foreign ministry, commented on the man's actions: "Ignoring the Chinese government's efforts to organize rescues and the Chinese forces of local people fighting to save themselves, they continue to put ideology above reality." [emphasis added]

The reference to the BBC is over its coverage of devastating Henan floods in July. At the time, angry at critical foreign reporting, Henan's Communist Youth League posted on PRC social media calling for citizens to post Brant's location, sparking a manhunt for Brant with a mob mistaking other foreign journalists for him and yelling and threatening them.

Citing Brant's case, and that of other foreign journalists expelled from the PRC, Global Times said Henan's system is justified and "gives no cause for criticism":

Therefore, whether it is for the maintenance of my country’s national security and laws, or for the needs of entry-exit [customs] management, Henan's procurement of corresponding systems to manage foreigners, including foreign journalists, and using the 3 colors of green, yellow, and red, to assess and manage their risk, gives no cause for criticism. [emphasis added]

The Global Times also claimed media coverage of the Henan system was "a gross distortion" because the system is only for tracking foreign journalists, not "all journalists". But this only bolsters concerns that the system is for harassing foreign reporters since the PRC tightly controls its own domestic media, ranking third-to-last in the Global Press Freedom Index and jailing more journalists than any other country in the world.

Claims IPVM US "Sock Puppet" Based On Redditor

The Global Times alleged that IPVM is a US government-backed entity trying to smear Chinese companies:

a wealth of public information shows that IPVM has close ties to the US government, particularly in smearing Chinese high-tech companies, and has repeatedly played the role of a sockpuppet and agenda-setter for the US government and Western media. [emphasis added] 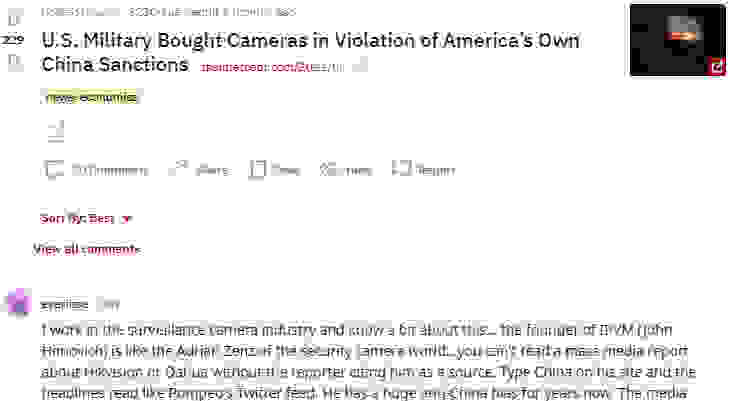 Global Times claimed that both IPVM and Zenz are "proxies" of the West and that IPVM unearthing the Henan document from "the vast Chinese internet" shows IPVM "really spent serious effort in picking a quarrel":

For example, one increasingly popular method that the West has adopted in recent years to attack China is setting agendas through "civil proxies" such as "independent enterprises" like IPVM or "independent scholars" like Adrian Zenz. The fact that IPVM was able to find the bidding document from the vast Chinese internet world shows that it really spent serious efforts in picking a quarrel [emphasis added]

Note that 'picking quarrels and provoking trouble' (寻衅滋事) is a crime in the PRC and often used to arrest dissidents, human rights lawyers, journalists, and others.

Global Times also repeated the /r/Sino comment that IPVM's headlines are like "reading the blog of former US Secretary of State [Mike] Pompeo".

The claims above are similar to those of Tom Fowdy, who used to write for a different PRC state media outlet (CGTN) and Tweeted without evidence that "the presence of the IPVM reports" is a "key indicator" of a diplomatic boycott of the 2022 Beijing Winter Olympics:

As we explained in response to Fowdy on Twitter:

our work, including this, has nothing to do with the Olympics nor any boycott, we regularly look for new surveillance related projects around the world

Global Times attacked the co-authors of the IPVM article, calling IPVM Government Relations Director Conor Healy a "rather extreme white right-winger" for appearing on Fox Business in 2017 criticizing Harvard's decision to appoint Chelsea Manning a fellow (2 years before joining IPVM). Global Times also posted a screenshot of IPVM's Operations Director Donald Maye's LinkedIn showing he served in the US Army from 2008 - 2013, implying he is US government-affiliated.

IPVM's Founder, John Honovich, responded to the Global Times stating that IPVM is an independent private company which "strives to expose unethical actions in the USA, the PRC, and beyond" while "no one in the West or US government" has ever directed IPVM what to cover:

From the Global Times' focus on the PRC, it is understandable that they misunderstand our coverage of the PRC or US government relations. To the contrary, I founded IPVM in 2008 after working in Silicon Valley and seeing unethical actions; we have strived to research, report and advocate against such activities primarily in the USA and, as we have grown, throughout the world. We remain an independent private company today and we strive to expose unethical actions in the USA, the PRC, and beyond. No one in the West or US government has told, directed or anything of the sort about what we should cover. To the contrary, we find the West and US governments to be lagging in efforts to counter unethical activities both inside the US and around the world.

Healy stated the Global Times' claims about him are "maliciously false" and that the issues at stake "have nothing to do with me, my colleagues, or IPVM":

The article confirmed our key point, that Henan authorities are systematically surveilling and targeting journalists. There should be a serious dialogue about this, particularly in China. Instead, the Global Times engaged in personal attacks that distracts from the serious issues involved.

Maye said it is "good to see" the Global Times confirming the Henan project is "designed to track and monitor foreign journalists", adding he's been a private citizen for over 8 years and "implying otherwise is false":

It is good to see the Global Times concludes the Henan security project is designed to track and monitor foreign journalists. As news organizations, I wish we could agree such suppression tactics should end.

I've been a private citizen for over 8 years, having ended my US Army active duty in May 2013. Implying otherwise is false.