While Evolv touts a "charitable organization" that grants "state-of-the-art weapons detection at no cost to schools," an IPVM investigation reveals Evolv contractually required the school recipient to perform 7 marketing duties for Evolv, which the parties hid from the public. 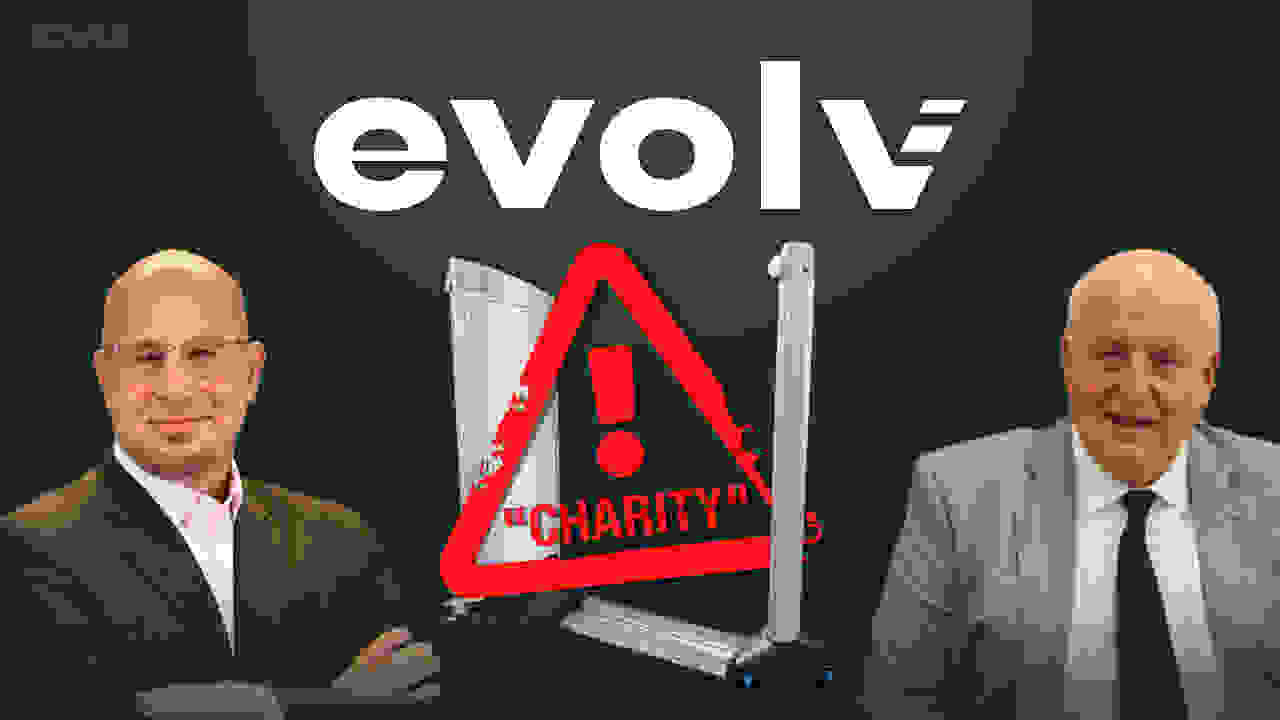 In this report, IPVM examines the GiveEvolv 'grant' program, documents obtained via public records request revealed the agreement between the 'grant' winner and Evolv, explicit requirements for "marketing support," and how Evolv's lack of disclosure is unethical and follows a pattern of deceptive marketing.

The graphic below shows what Evolv is actually doing: 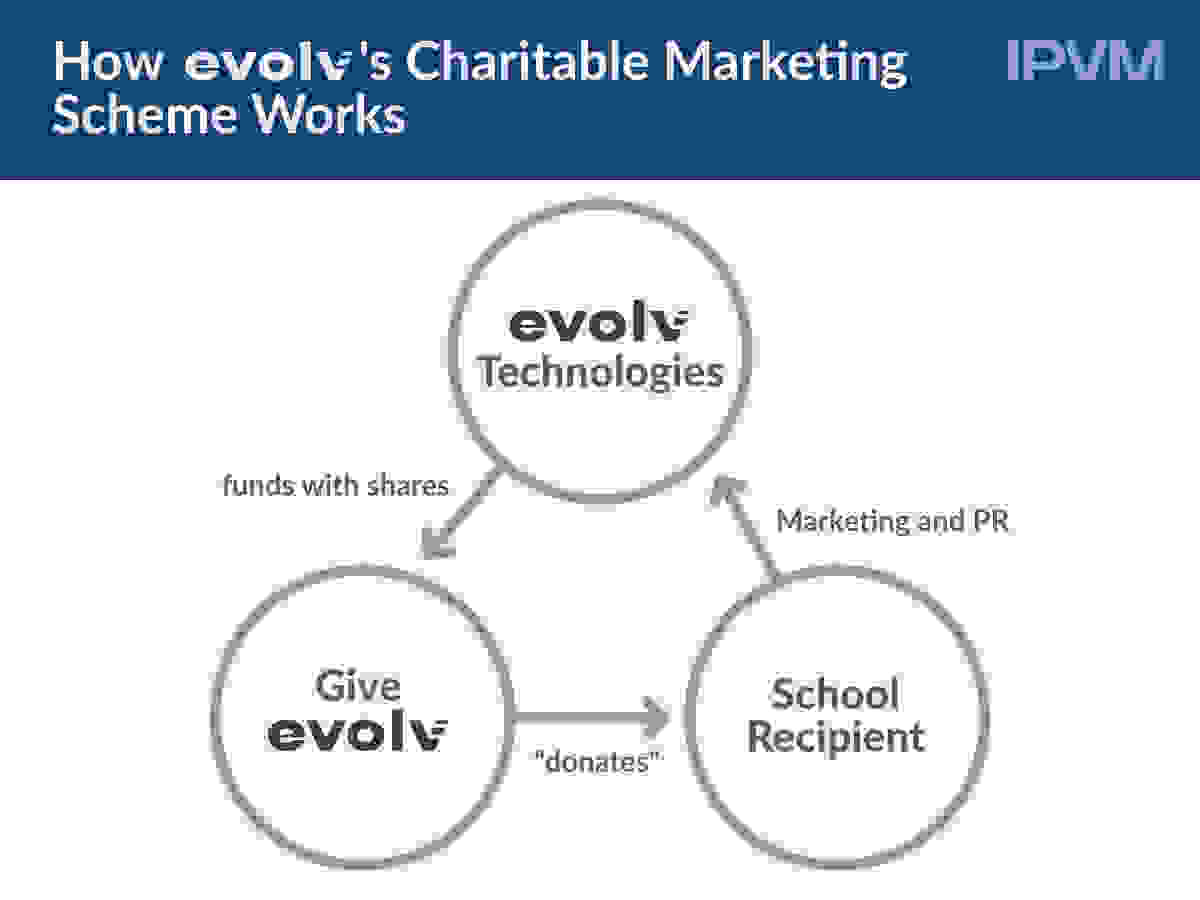 Today we announced the formation of GiveEvolv, a new charitable organization that provides need-based grants of Evolv Express weapons detection systems to K-12 schools in the United States that otherwise would be left vulnerable to gun violence. [emphasis added]

Fayette is an existing Evolv customer who purchased one unit prior to being selected for "Give Evolv".

The agreement stipulates "marketing support" that allows Evolv to use the school's name and likeness as a marketing vehicle. 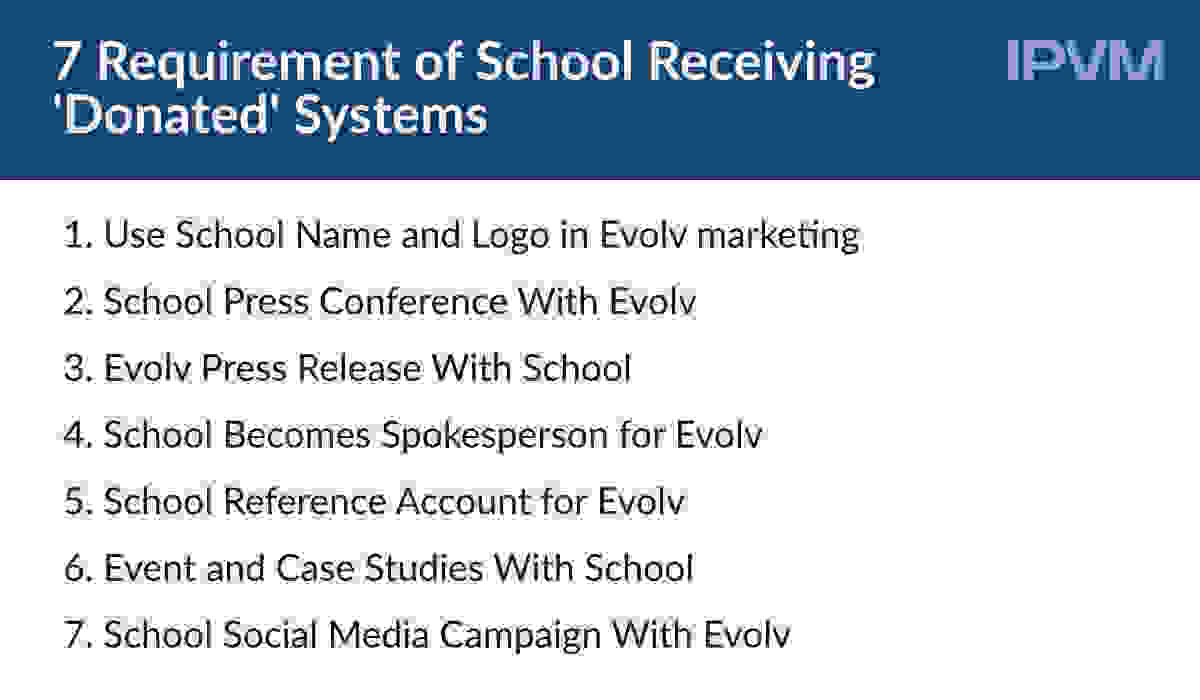 Evolv also promoted the 'grant' on social media. For example, Evolv's twitter account posted half a dozen tweets, highlighting Fayette Schools, using a High School's logo and a photo of a High School.

No Disclosure: Trading Marketing For Evolv Is Unethical

In promoting GiveEvolv as a "charitable organization," Evolv gives a false impression they donated to a school in need. Gaining access to, and using, a public school for marketing is not an easy or inexpensive feat. The exchange of services required in the agreement should be disclosed to the public in any Evolv marketing material featuring Fayette County Schools.

Instead, Evolv benefits greatly by using the school's likeness as a marketing vehicle, with the public unaware the school was contractually obligated to provide such "marketing support."

IPVM asked Evolv why the company does not disclose this information but did not receive a reply.

IPVM found no indication Give Evolv, LLC is a non-profit or charity. Instead, a Delaware registration lists Give Evolv's status as "Cease Good Standings" as of 6/1/2022. 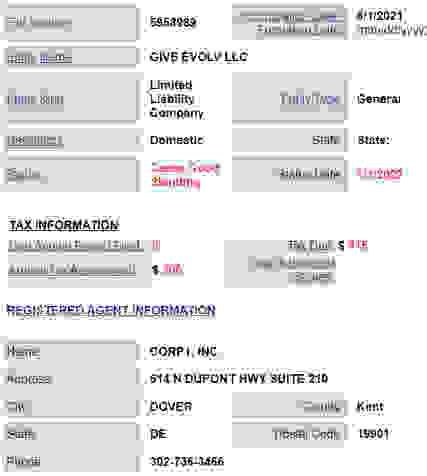 'Ceased Good Standing' is a status given to entities that fail to pay their annual taxes timely:

Upon the closing of the Merger, the NHIC Founders transferred 517,500 shares of its common stock to Evolv NewHold Benefit LLC (“ENHB”), which represented the initial contribution to be used to pay for the donation of Evolv’s Express units to public venues and institutions, primarily schools in locations that might not otherwise be able to afford weapon detection security screening systems and related products and services. In September 2021, ENHB was renamed to Give Evolv LLC (“Give Evolv”). Give Evolv is deemed an entity under common control and a consolidating entity as it is under the same management as the Company. As such, the shares held by Give Evolv are not considered outstanding or issued.

During the three months ended March 31, 2022, the Company donated three Evolv Express units to schools, resulting in $0.2 million in general and administrative expense in the Company’s condensed consolidated statements of operations and comprehensive loss.

Evolv did not respond to IPVM's request about whether GiveEvolv is a non-profit or why it describes GiveEvolv as a "charitable organization."

If Evolv responds to IPVM, we will update this report.

Fayette County was invoiced for an Evolv system on February 28th, 2022, including a one-year subscription, installation, and an Evolv operational test kit for $36,181.98: 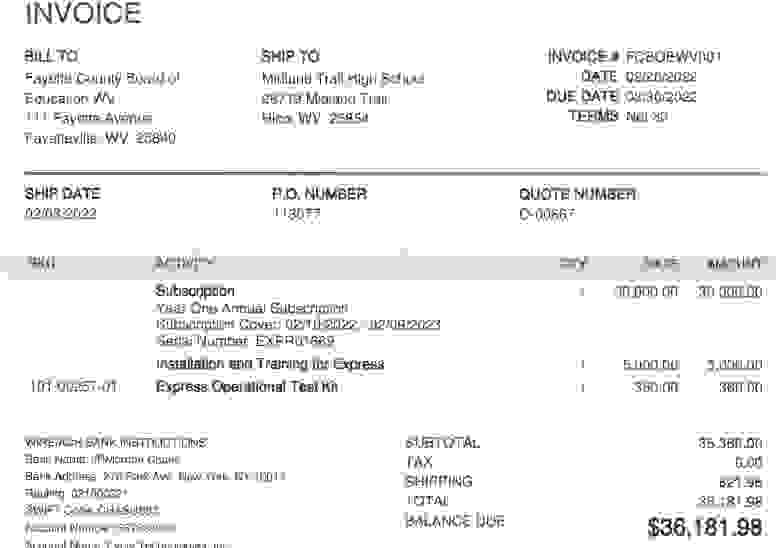 In a March conversation with IPVM, Fayette County Schools Superintendent, Gary Hough, stated the district could not afford additional Evolv units, which is why they applied for the grant.

Evolv's Pattern of Hiding And Deception

Evolv's hiding how "Give Evolv" works has parallels to its own product marketing. Evolv touts its offering as a "weapons detector" while working hard to hide its various problems, including its fundamental false alerting problems, and missing non-ferrous weapons.

Now, Evolv has deceptively transformed a sales and marketing contract with a school that provides Evolv substantial validation and PR services into a supposedly selfless act of charity.