Genetec is making a big bet on the cloud. Indeed, it is the biggest bet any VMS vendor has yet made for VSaaS and the most significant move in the VMS market in years.

[UPDATE January 2013: Genetec Cloud will be called Stratocast and a one page website has been released.]

In this note, we look at what it is, what it means and how it compares to current VSaaS, especially Axis AVHS, and their #1 rival Milestone's VMS offerings.

Genetec is porting their Security Center software to run on Microsoft's cloud infrastructure, Azure. This will make their key VMS, access control and LPR capabilities available as a service. While Genetec plans to offer it as both cloud only and as a hybrid offering with their existing server based solution, the immediate focus is expanding into the small and medium size business market - an area where Genetec has been the weakest in, given their historical focus on high end, large scale deployments.

Below is an illustration of the UI from Genetec:

While the plan is just starting to be publicized and the release is not until mid 2013, here are some key operational elements we know of: 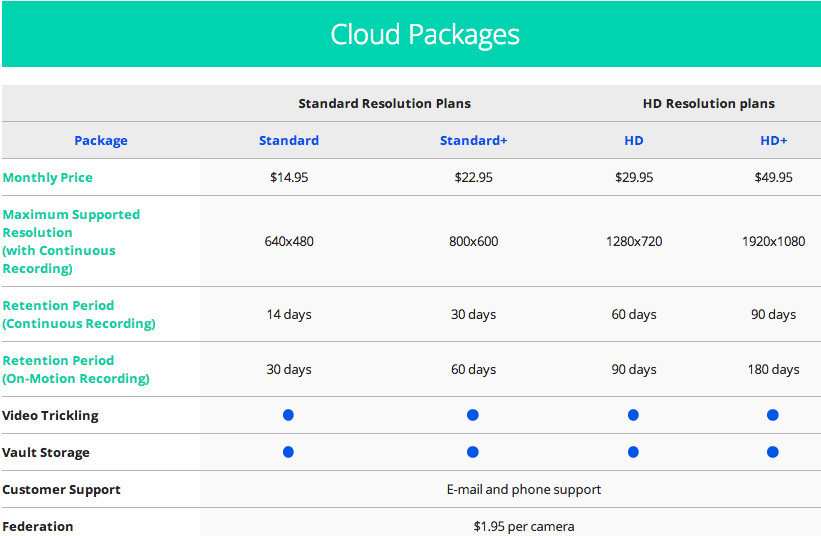 While the core functionality will be similar to existing Genetec Security Center, the biggest potential advantage is to eliminate the need to install, optimize and maintain a Genetec system. This has historically been one of the biggest complaints about using Genetec. Doing this could expand Genetec's core market greatly and remove one of the biggest barriers to wider deployment.

The most well known VSaaS offering is Axis AVHS. Genetec's cloud offering solves some of the biggest problems of Axis's offering:

However, the biggest unknowns are price and what it really looks like when it is ultimately released. However, it does have significant potential to leapfrog AVHS in overall performance and capabilities.

Axis's free VMS killer, ACC, is at the opposite end of the spectrum to Genetec cloud; One is a free, proprietary, simplistic offering, the other is a high end, likely expensive (relatively speaking), solution. While both have their place, we do not see them competing head to head.

While Milestone has limited VSaaS support in its Corporate version, Milestone's offering for the small to medium market centers around the low cost traditional server based Essential and Express lines. Genetec's cloud offering can:

On the other hand, Milestone has a number of advantages:

If Genetec can deliver on the cloud offering, it could improve its lower end positioning but it still faces many well established server based competitors in the small to mid market.

It seems that every time Genetec releases a major new feature, Milestone follows within the next year (e.g., Milestone Corporate releases tend to piggyback the previous Genetec Security Center release). We would not be surprised if the publicity around Genetec's announcement accelerates a Milestone response for a similar offering in 2013.

Who knows what will happen. This is a mid-November 2012 announcement for a targeted mid 2013 release date. From what is disclosed today, it is more concept than shipping solution. But it is bold and it could fundamentally shift Genetec's market position. They are on the clock now. Let's just hope it's not a repeat on the endless delays of the SMC.

Axis Guardian - Cloud VMS And Alarm Monitoring - Released on Jun 19, 2018
Axis has struggled to deliver a cloud-based managed service video platform....
Genetec Launches Community Connect Examined on Sep 14, 2017
Genetec has done best in large-scale, enterprise systems and relatively worse...
Eagle Eye Exec On Mountain Of Servers - VSaaS Growth Analysis on Apr 25, 2017
Eagle Eye VP of Operations, Hans Kahler [link no longer available], posted a...
Comcast SmartOffice (Using Genetec and Axis) Profile on Mar 29, 2017
Comcast has more than 20 million subscribers and $80 billion in revenue. Now...
Genetec Adds Free Cloud Cameras / Storage on May 19, 2015
How do you get surveillance users to buy in to the cloud? Perhaps you can...
Comments : Members only. Login. or Join.