Genetec has announced a 'unified security appliance', touting the ability to deploy video and access.

But what is so interesting or different compared to their historic 'unified' / integrated video and access software.

In this note, we break down the new support added and how it impacts Genetec's positioning.

While Genetec's SV appliance offerings are not new, the SV-32 Unified has been updated to include additional integrations to networked Mercury access controllers. This additional functionality has been added to a device specifying support of up to 32 cameras and 100 card readers. 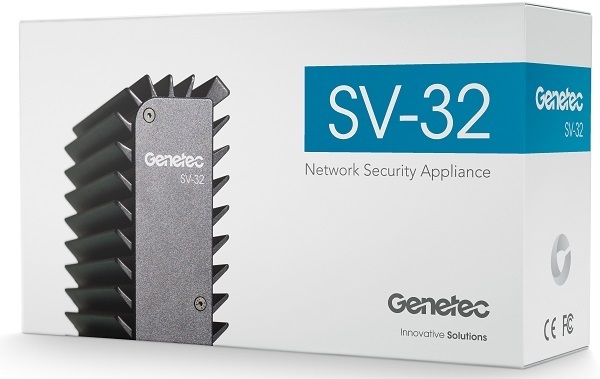 The advantage of the SV-32 'Unified' version compared to previous models is the ability to integrate with IP-based Mercury Security access panels, such as the:

Before the 'Unified' SV-32, Genetec did not support these Mercury products, and only supported certain non-networked controllers via the addition of a Synergis Master Controller (SMC).

This is related to Genetec's related announcement of 'strenthening their technology partnership' with Mercury.

Genetec is not offering 'Unified' features in other appliances or software versions at this time, and is only being offered in this new SV-32 version.

Does Not Replace SMC

The 'Unified' offering is a compliment to the Synergis Master Controller. The full scope of locks and controllers previously integrated into Security Center by way of SMC (including the Axis A1001, HID VertX, Mercury MR panels, and ASSA wireless locks) still require the module.

By making it easier to add video and access, Genetec will increase their appeal to that niche of the market that wants both for buildings with smaller camera counts.

Genetec Access Control Company Profile on Mar 02, 2016
Genetec is certainly best known for its VMS capabilities, but they have had...
Genetec Ends SMC, Replaces with Cloud Link on Apr 23, 2015
Genetec is ending the main platform it uses to integrate most access control,...
ASIS 2014 - 17 Manufacturer Tech Review on Sep 30, 2014
This long post recaps key findings from IPVM team members meeting with...
Comments (7) : Members only. Login. or Join.