"A new wave of robots is replacing workers in both manufacturing and distribution" claims the New York Times. And now a new ASIS award winning robot [link no longer available] aims to replace security guards. In this note, we dig into the key capabilities and pricing of this new robot and how it stacks up against human guards.

The Vigilus Mobile Camera Platform is an autonomous robotic security system with the following key features:

Here's their pitch for replacing security guards with robots. 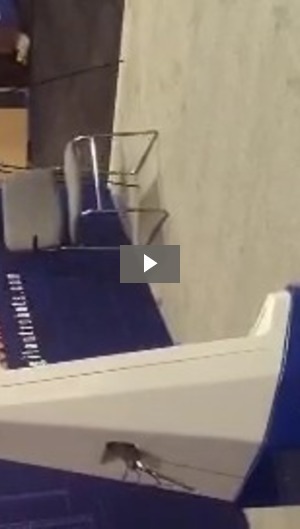 It may not be simple or common to use this with elevators. Elevator control is accomplished via an RF signaling integration, not via the robot pushing call buttons (though this would be undoubtedly more sci-fi). Systems such as these are not common, but have seen some use in healthcare installations, where robots are used to deliver medications and other supplies to multiple floors in a hospital.

While not extremely challenging to top the robot, its center of gravity is shifted to the bottom rear, where the battery is located, making it more difficult. The size of its wheels make it difficult to tip to either side, and a stop in its front prevents it from tipping straight forward. Additionally, the robot vocally alerts users to stop pushing (not joking), and signals may be sent to the console upon attempt. All these features aside, truly determinded attackers would likely have only modest trouble tipping it.

Changing surfaces can be a challenge for the robot. For instance, the plush carpet of the ASIS booth was causing movement issues with the robot, which is normally calibrated to work on solid surfaces such as concrete or thinner carpet typically found in commercial offices. This may present an issue if multiple drastically different floor types are found in a facility, as the robot would need to be adjusted to accomodate these differences or if surfaces were changed over time.

The Vigilus system is currently standalone, and with the exception of the user provided IP camera, does not integrate to other security systems, such as video management or access control. Gamma Two informs us an API will be made available, so the robot may be driven by events from these systems, moving it to respond to alarms.

While the company is initially working directly with earlier customers, it seeks to develop channel partners to help sell and service the robots.

The only other security robot we know of is Oculus, is far less expensive though far less sophisticated (no programmed path, no integrated sensors) unit.

The two key advantages of the robot are:

However, the robot has some key limitations compared to a human:

This noted, given the low innovation in the security industry and the fascination many have with guards, we think this will be one of the most hotly debated, talked about products at the show. However, whether this will have a significant impact will take years to determine, as this offering is still in its infancy.

New CEO Leads Gamma2 Ramsee Security Robots on Nov 07, 2016
Security robots have gained increasing attention and controversy, with the...
"This Is The Robot That Will Change The World" - Riley on Jun 10, 2016
The most well known 'professional' security robot, Knightscope, is asking...
The Robolliance, If Not Robots, Are Here on Jun 02, 2016
Are robots the next big thing in security? A new alliance and a large...
Knightscope Security Robot Examined on Apr 19, 2016
Silicon Valley is bringing us security robots, or as the startup,...
The RoboGuard: New Product on Oct 15, 2014
ASIS loves robots (apparently). First, the Vigilus patrol robot won an award...
Winners Losers Fall 2014 on Oct 13, 2014
We are all losers, IPVM included. The historically poor new releases for...
Comments : Members only. Login. or Join.