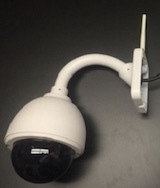 Pricing has certainly come down (e.g., we recently tested a ~$750 Hikvision speeddome), but $260 for a PTZ is eye opening.

We bought a Foscam FI9828P [link no longer available], based on a few member's requests, to understand how well it truly worked and failed.

The Foscam FI9828P offered decent image quality day and night in our tests, especially for a ~$260 outdoor PTZ camera, though with limited zoom capability compared to typical full size PTZs. Additionally, the camera's mobile app/cloud access worked without issues in our tests.

However, it had significant issues, including:

If users can overcome these issues, the FI9828P may be a good value for DIY/residential settings, as it is much less expensive than typical PTZs.

Compared to other outdoor IR PTZ domes, the Foscam camera is much smaller, about half the height of the Hikvision 5220, seen below (which is small compared to other IR PTZs.). 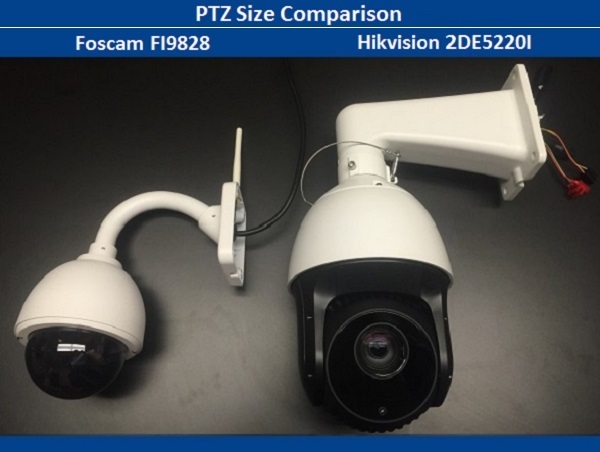 We review the physical construction of the camera in this video:

For those familiar with other Foscam PTZs, the 9828P's web interface will look very familiar. As with past models, few controls for image quality are included and streaming is constant bitrate only, with a default cap of 4 Mb/s, which may be problematic in busy scenes.

We have included our screencast from the Foscam Low Cost HD PTZ Test below:

As with past Foscam models, we were unable to successfully integrated it with any VMS or NVR, including Exacq, Avigilon, Milestone, and Hikvision. This is despite clearly displaying the ONVIF logo on the camera's box and including statements about ONVIF compatibility in its user guide. RTSP streaming worked without issues, though no PTZ control is supported.  When we checked the Onvif site it was discovered that there are only two conformant products from Foscam and neither is the FI9828P. 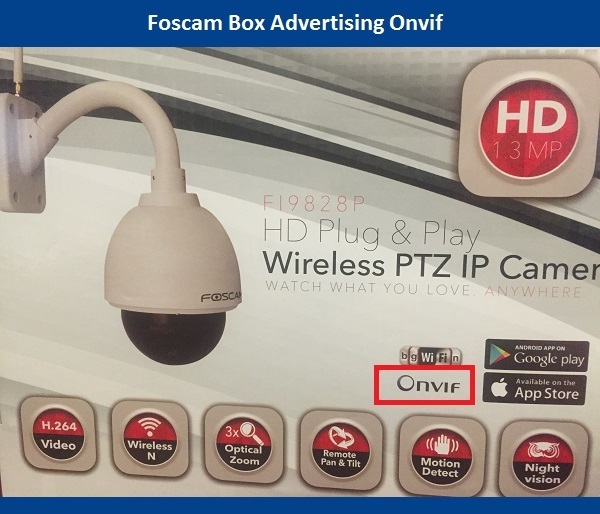 We asked support for help in connecting the camera to a VMS via ONVIF. Their response was literally, "Can you spell that for me, sir?" They had not heard of it, but offered to remotely connect to our machine to help us troubleshoot it (we declined).

In our tests, the FI9828P reached its specified 20m/~65' range, approximately the middle of the street in the clip from a residential scene below.

Shooting the camera in an interior scene, below, we can see that the IR pattern is brighter in the center/darker on the edges, with the subject visible, but without details at the edge of the FOV. 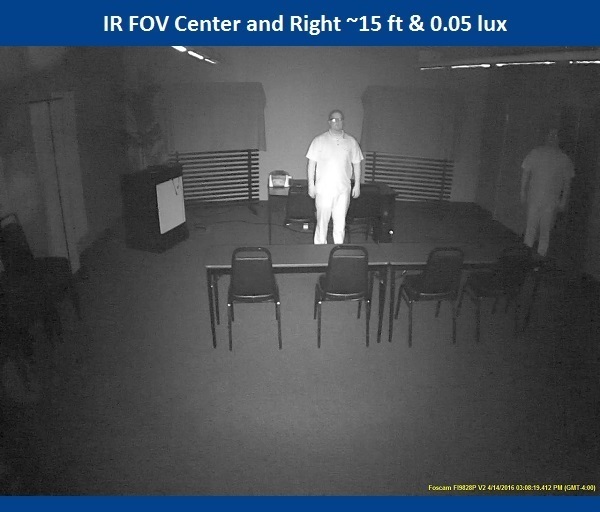 The FI9828P had difficulty tracking focus when moving, such as the clip below. Focus is lost when the camera begins panning, with autofocus not working until 4-5 seconds after movement stops.

We saw difficulties when switching from night to day mode and vice versa. For example, in order to refocus the camera in the scene below, we had to zoom out then in to trigger autofocus.

We tested nighttime image quality of the Foscam PTZ against the Hikvision DS-2DE5220-I IR PTZ and their DS-2[[insert hik model number here]] compact PTZ (no IR). This image shows our subject at 80' and 40' distance. 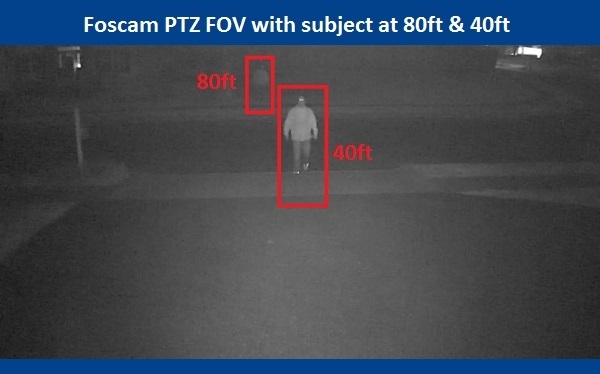 No camera produced details of the subject at ~40' range, with both the FI9828P and Hikvision 5220 providing solid detection of the subject. The non-IR PTZ was unable to produce any usable images.

Indoors the Foscam performed similarly to other models tested, with solid details of the subject and test chart legible to line 4/5. 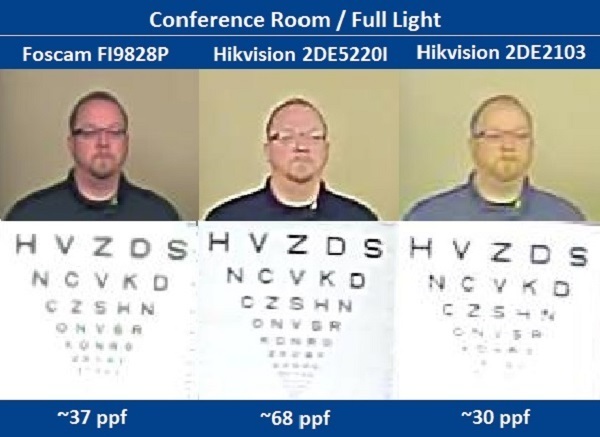 Cameras were tested using default settings except exposure, which was standardized to 1/30s max.