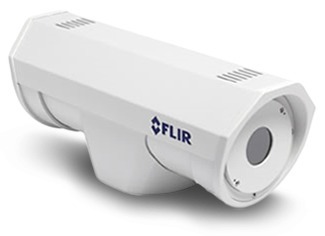 In this report, we share our test findings of FLIR's F series IP thermal cameras, one of the most widely used and highly configurable lines they offer. We compare the F series against models from Axis, DRS, Pelco, and SightLogix at various ranges. We also provide an overview of the camera's configuration and physical construction.

Aside from FLIR's F series, we will also be testing their new FC series, with a smaller form factor, PoE support, and new web interface in an upcoming report.

Compared to competitive models, FLIR offers more options for equalization, palette, and image quality. Most competitors offer only contrast and brightness controls, basic equalization, and black hot/white hot palettes, where FLIR offers fully customizable equalization zones, gain control, numerous palettes, and other settings which may be directly adjusted. FLIR intends for default settings to be appropriate for the vast majority of conditions, regardless of location or season. However, because of these extra options, FLIR cameras may perform better in adverse conditions where others fall short, if an experienced integrator adjusts these settings for the scene.

This configurability does come with a potential drawback, however. Untrained users may easily become lost in these settings, potentially negatively impacting image quality. It is therefore recommended that users who are unfamiliar with FLIR's advanced configuration simply use default settings, or contact the factory for assistance.

In the video below, we provide a physical overview of the FLIR F-618. Users should note the housing's greater size and weight, and different installation methods than typical outdoor housings. FLIR notes that:

FLIR has developed a new version of firmware with a redesigned web interface which merges many functions previously found only in FSM. This firmware will be reviewed in our upcoming test of the FC series.

In our thermal camera shootout, neither the 640x480 nor 320x240 models produced extremely detailed images as some competitive cameras did at close distance (~150'). This is evident when comparing them to theAxis Q1922, Pelco TI335/TI635, and SightLogix images below, where the subject's pants, shirt, vest, and even glasses may be seen. However, both the F-618 and F-313 provide contrast reliably, with sharper edges than some competitors. 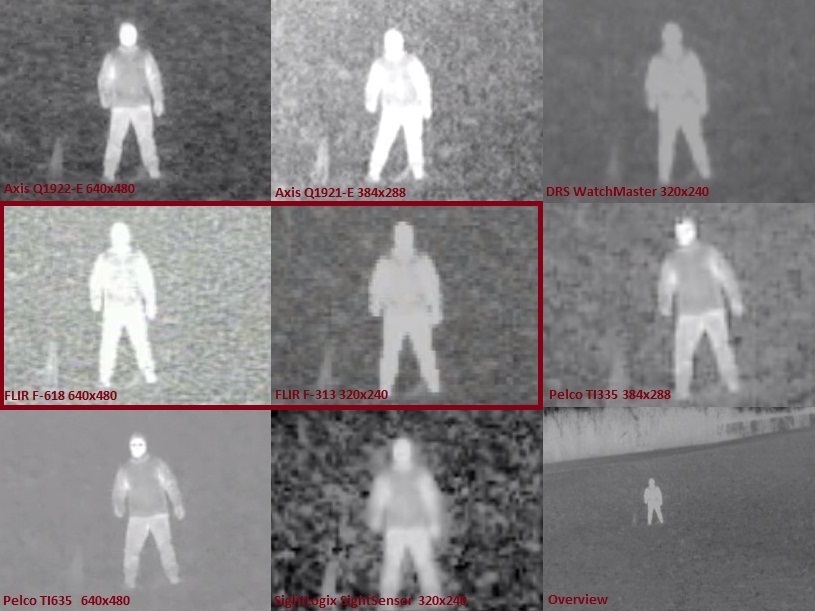 At ~1,800' range, little detail is discernable using any camera, but the F-618 and F-313 provide modestly better contrast than most competitors, with the subject a little easier to spot against the treeline. 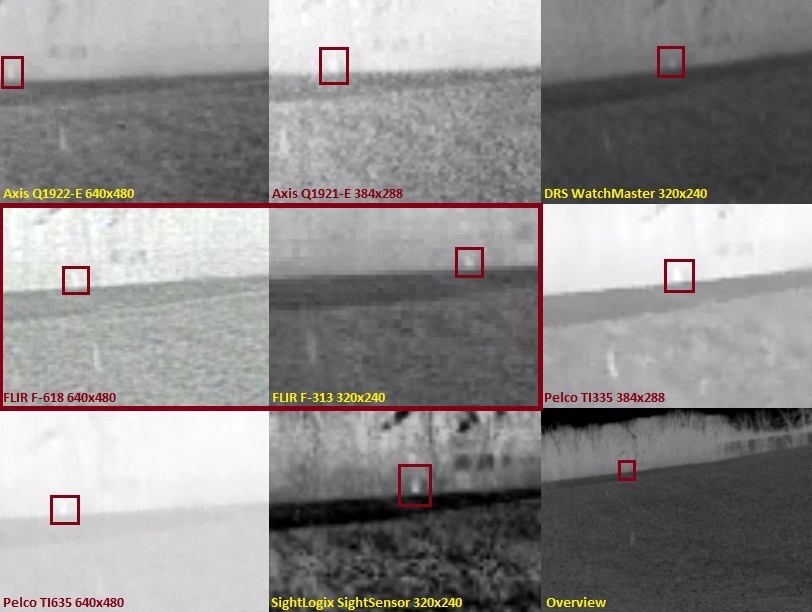