This is the first entry in that series.

Here, we report on a common scenario "Mounting a Camera in a Low Tile/Grid Ceiling." The actual survey question asked is:

"The location has 1/2" thick fiber acoustic tile suspended from grid, with no existing backing material or needed plenum rating, located 8' - 10' above the floor.  Cabling has previously been run and terminated to the mounting spot. How many manhours would you estimate for mounting a camera in the following area?  Why?" 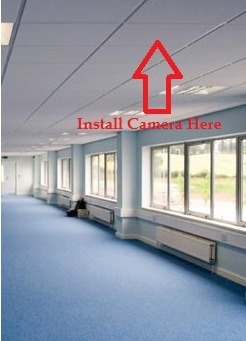 We purposely reduced the question scope to only mounting the camera, and disclaimed tasks like running cable, configuring cameras, and adjusting VMS as separate tasks addressed by followup questions.

Below, we share estimates, key issues and drivers for installing in this scenario.

Over 75% of all responses fell between 0.5 to 1.0 manhours. The full spread is shown below: 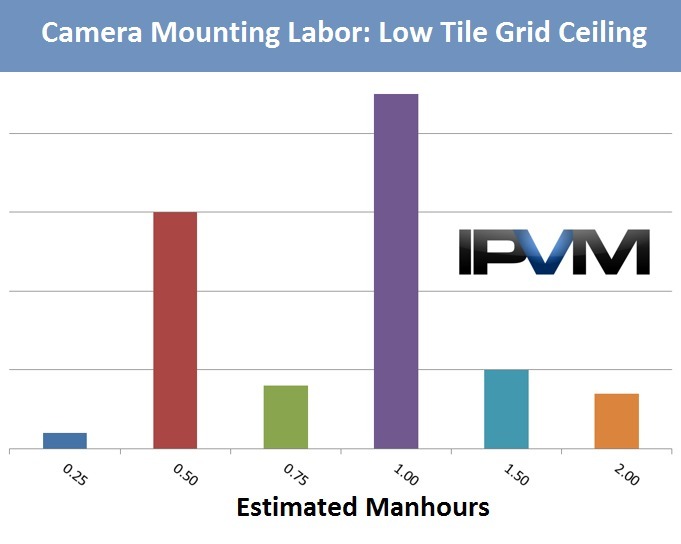 The average of all answers is 0.94 manhours for this location.

The majority of responses fell within 0.50 of each other, and clearly suggest that most installers estimate the task in one manhour or less:

Even when responses indicated more total hours, it was generally due to including additional tasks like cable termination or camera focusing that fell outside the question scope.  Those results were not included in the distribution above.

One aspect of the install not addressed by the question was whether or not the tile needed to be reinforced first. We deliberately did not include this detail, as to avoid biasing the answers to a specific mounting approach (ie: Not permitting use of grid clamps, if preferred). In most cases, if installers discussed tile reinforcement, their estimates were higher.

Several integrators noted they would not estimate under a certain limit, even if the task ultimately took less time:

Our question made no distintion between the estimate being for a sales/service call, or as part of a bidded project. However, that situation could impact how much time is estimated purely on the logistics of moving tools, setting up, or otherwise 'making a job worthwhile'.

Another condition that affects estimated task time is whether the job is hanging a single camera, or if it is one of several. In every case, the 'single camera' estimate was higher than if it were just one in a group:

For larger jobs, the estimate per camera may fall according to economies of scale.

We are publishing a series of results like this for our survey. Do you have questions or feedback to share as we produce updates? We would appreciate your thoughts.  Please comment below.