This US company has burst on to the scene, brashly naming itself 'feevr' and branding itself as a "COVID 19 - AI BASED NON CONTACT THERMAL IMAGING". 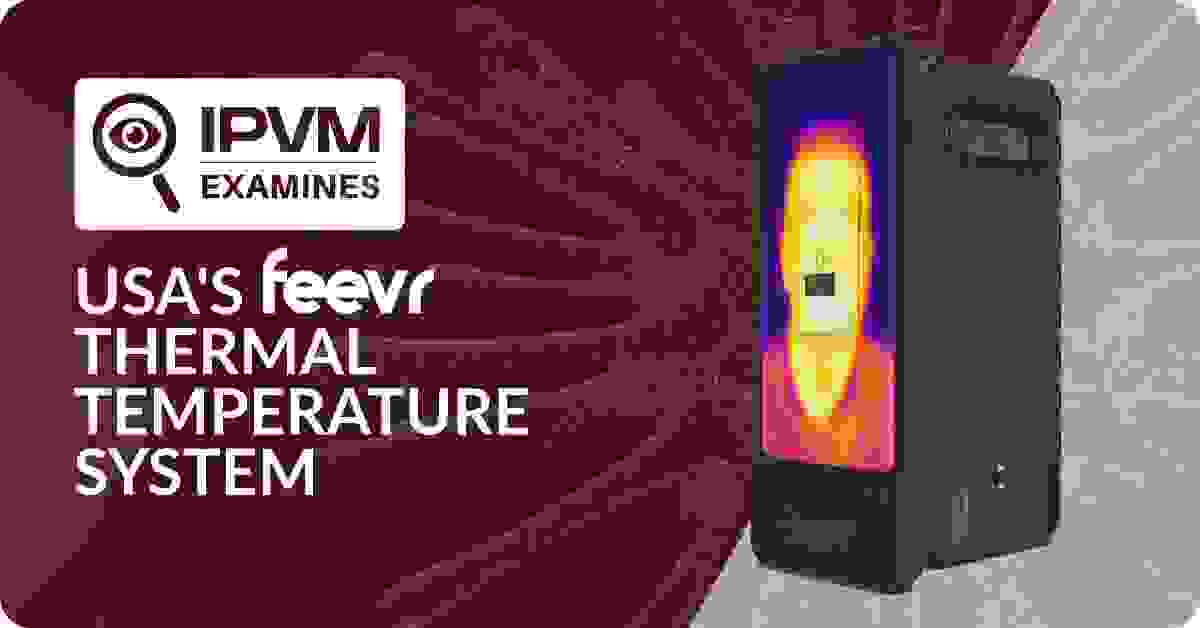 We spoke with the company and examined its claims including:

Feevr is part of X.Labs, a California-based startup founded in 2018 to develop a portable millimeter-wave weapons detection system, called SWORD. X.Labs and Feevr list fewer than 10 employees on LinkedIn.

One of the most notable elements is that they are selling this for 'just' $2,500 USD per kit, compared to 4x that price even for typical China options. For example, Dahua's thermal temperature measurement kit sells for over $13,000 online, while InVid's (Sunell OEM) body temperature camera sells for ~$10,000+. 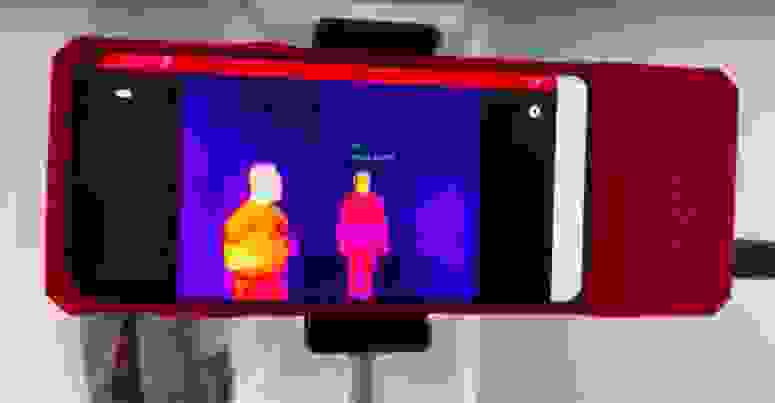 Feevr does not require or recommend a black body calibrator as many systems do. In our discussions, Feevr cited detection range as ~10', but do not clearly specify range in their documentation. Update: Feevr says "The feevr spec states 6-10 feet range"

Feevr does not make specific accuracy claims in their documentation other than one vague claim of being within 0.4°F (0.2°C) of an "FDA approved temperature gun."

However, the FLIR One Pro specifies accuracy of only ±3°C (~5.4°F), a huge range for measuring body temperature. By contrast, most of the systems we have surveyed claim accuracy of ±0.3° C or lower, only about 0.5° F. Because the forehead and face are highly susceptible to variations caused by environment and activities of the person being screened (e.g. exercising or consuming alcohol), combined with the limited accuracy FLIR One Pro camera, false positives and negatives are highly likely.

Second, in Feevr's own demonstration videos, the camera's face detection does not appear to work consistently, with some subjects not properly detected until they are nearly out of the scene. In less ideal conditions or if users try to perform screening at longer ranges, this detection is likely to work less consistently.

Feevr repeatedly refers to COVID-19 in its marketing, including the very top of their website: 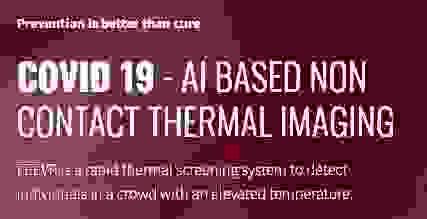 And for the first ten seconds of their marketing video:

But no screening system can detect coronavirus, regardless of what is claimed.

Finally, the script of one of Feevr's marketing videos is mostly stolen from a FLIR post titled Thermal Imaging for Detecting Elevated Body Temperature, with references to FLIR changed to Feevr.

Compare the video above to this passage from FLIR's post:

Can thermal cameras be used to detect a virus or an infection? The quick answer to this question is no, but thermal imaging cameras can be used to detect Elevated Body Temperature. FLIR thermal cameras have a long history of being used in public spaces—such as airports, train terminals, businesses, factories, and concerts—as an effective tool to measure skin surface temperature and identify individuals with Elevated Body Temperature (EBT).

In light of the global outbreak of the coronavirus (COVID-19), which is now officially a pandemic, society is deeply concerned about the spread of infection and seeking tools to help slow and ultimately stop the spread of the virus. Although no thermal cameras can detect or diagnose the coronavirus, FLIR cameras can be used as an adjunct to other body temperature screening tools for detecting elevated skin temperature in high-traffic public places through quick individual screening.

Update: Feevr responded saying "The company now claims stealing even though we have an agreement with Flir." FLIR had reviewed Feevr's video prior to our publication and did not indicate Feevr had permission to use it. We have asked FLIR for confirmation on Feevr's claim and will update when they provide this.

Update on this update: FLIR has responded, denying Feevr's claims, saying, "we do not have a PSA with Feevr or X.Lab or an agreement for them to use our copyrighted material."

We are particularly worried about how accurate this will be and how misleading much of their marketing is. The main plus is that it is quite inexpensive, so for a thing that many users may abandon in a matter of months or may use mostly as a placebo, this represents a much lower-cost way of delivering it.

The FLIR SDK License Agreement prohibits the use of FLIR devices, like the FLIR ONE Pro that Feevr uses, from apps like Feevr's: 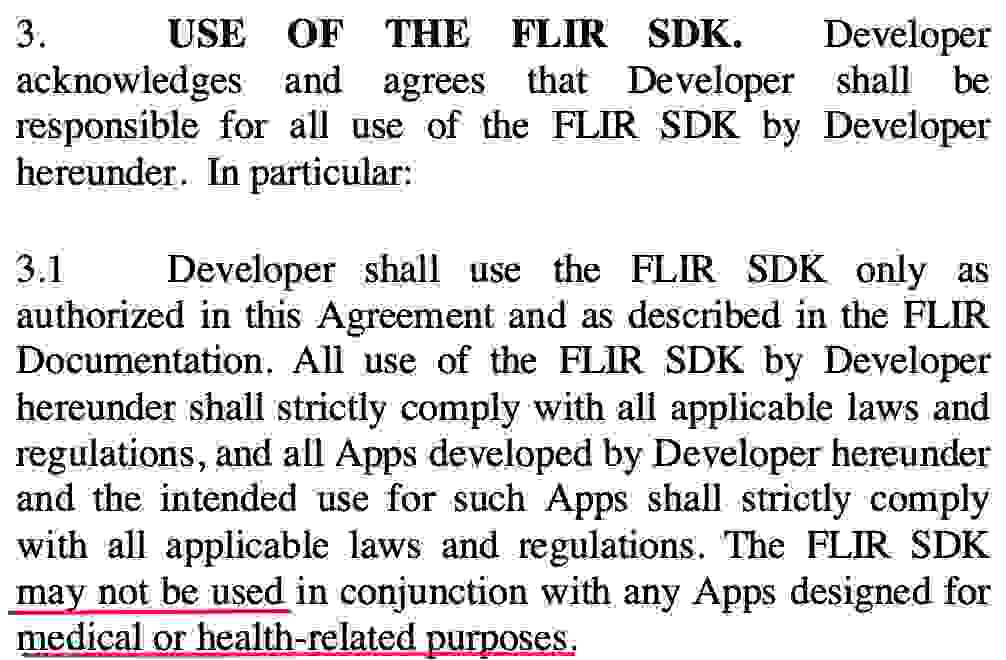 While FLIR declined to comment on any legal discussions, they confirmed the FLIR SDK clause about not marketing for medical or health purposes.

Update: Feevr says "Feevr doesn't use the flir SDK. Feevr uses it's own custom app witha FLIR camera." We have asked FLIR for comment and confirmation.

Update on this update: FLIR responded saying, "We don't have clarity on how they’ve developed their product, but as we have mentioned before, we have a different set of cameras that we market for elevated skin temperature screening. The FLIR ONE Pro is not on that list."

Directory of 241 "Fever" Detector Suppliers on Jan 21, 2021
This directory provides a list of "Fever" scanning providers to help you see...
IPVM Rejects Feevr's Improper Threats And Demands on May 04, 2020
IPVM categorically rejects Feevr's improper threats and demands submitted...
FDA "Does Not Intend to Object" To Unapproved Fever Detection Cameras If No 'Undue Risk' on Apr 17, 2020
The US FDA has declared it will not go after the many companies marketing...
Beware Of Feevr on Apr 14, 2020
Beware of "Feevr". The company is marketing a 'Feevr' solution that...
Smartphone Thermal Camera Body Temperature Measurement Tested (FLIR / Seek) on Apr 10, 2020
Thermal cameras have exploded in popularity due to coronavirus, but can...
USA ICI Elevated Skin Temperature Detectors Examined on Apr 06, 2020
Infrared Cameras, Inc. (ICI) is aiming to help slow the spread of COVID-19...
Dahua Faked Coronavirus Camera Marketing on Apr 01, 2020
Dahua has conducted a coronavirus camera global marketing campaign centered...
USA's Seek Scan Thermal Temperature System Examined on Apr 01, 2020
This US company, Seek, located down the road from FLIR and founded by former...
Comments (38) : Subscribers only. Login. or Join.