In the access market, new entrants are uncommon. Because of that, newcomer hosted access vendor Feenics has gained the curiosity of many. A particular noteworthy element is Feenics support for Mercury panels, enabling the takeover of many existing traditional access control systems.

But how good is Feenics? How does it compare to other hosted and traditional access platforms? In what ways is it better and how is it worse? We tested Feenics with our Mercury EP1501 panel.

This video shows an overview of Feenics Keep from our testing:

Inside we test Feenics to analyze the platform's competitive positioning on several keys, including:

Here are the features and limitations of Feenics versus traditional platforms:

Feenics has several features uncommon in other access systems, and even other hosted platforms:

However, Feenics is hindered by or lacks several features found in other access systems:

For end users, Feenics is best for for customers with low door counts at multiple sites who want to avoid hardware 'lock-in' to a single vendor. The hosted approach allows users to avoid some traditional big ticket items like local servers or remote network access installations, and instead offset them as a monthly subscription fee.

For dealers, Feenics will not be a comprehensive access platform ideal for all customers, but is a flexible cloud based option for sites looking to avoid substantial equipment investment across multiple sites. Feenics accounts also provide opportunity for RMR.

The primary browser screens are rather crowded and dense with system controls. The screenshot below shows the default 'Welcome' view and how complex that first view appears: 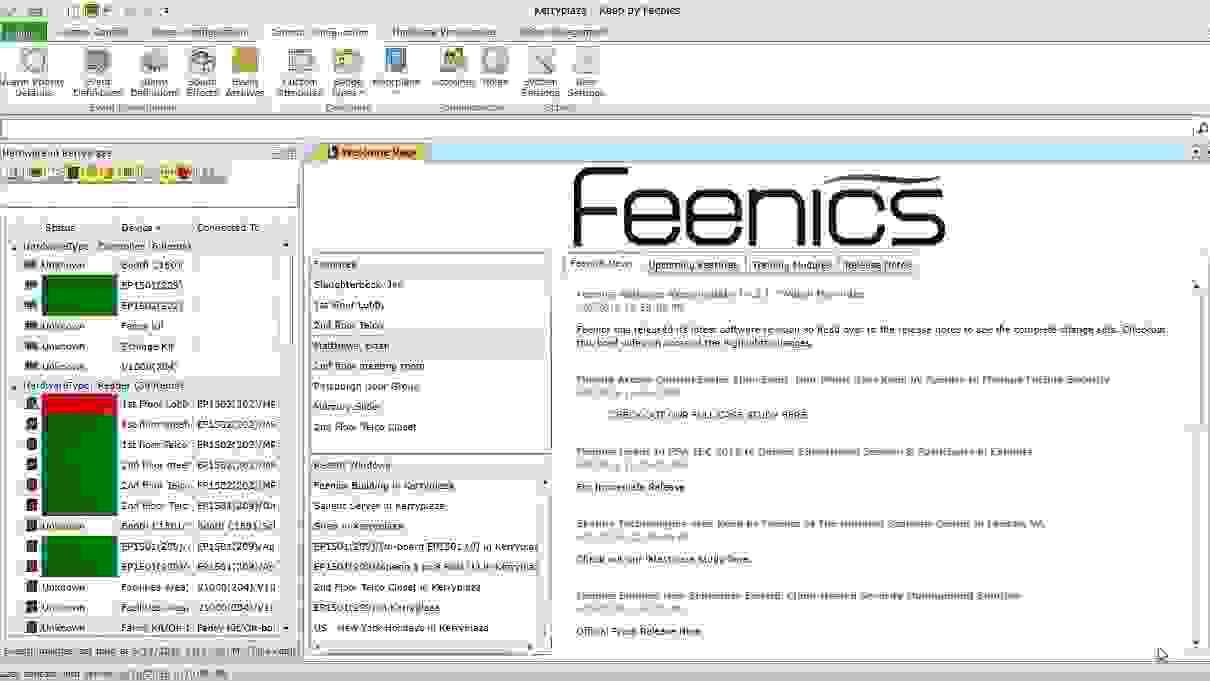 The point that Feenics is able to support the sheer number and granularity of controls in a browser interface is impressive, but unfortunately this approach will not be easy for casual users to quickly operate the system with first spending time learning the application. Indeed, in our evaluation, we found no controls that did not operate or perform as described, and no major hangs or bugs were noted.

However, especially given the small-market appeal of a hosted access platform, the technical and feature dense interface is likely a negative for those looking for 'point & click' basic controls.

Most of the core access features are located on the main interface toolbar or in the main "Access Control" tool menu. This tab contains the features and controls most frequently used in an access system, including:

In this video, we cover the basic arraignment and workflow of those controls in the interface:

Of special note, Keep's map view is likely the most easy to navigate for casual users, as system readers and integrated cameras can be selected according to their physical locations. The video below shows the way maps and according features are displayed:

While level of detail varies according to quality of the base floorplan uploaded for the map, the mix of mappable features and icons to display them will be acceptable for most users.

The process of adding or configuring doors is done through the same browser interface as system operation, where these features are often divided into separate applications. This approach adds to the overall complexity of the interface. Understanding the exact terms and behaviors of these features may be difficult for the untrained or inexperienced user, but once learned are fairly powerful and offer precise configuration.

Feenics supports Mercury Security and HID Global 3rd party controllers, shirking the approach of many access brands. We show how these devices are selected and added in this video:

The fourth tab named 'Video Management' is not really suited for full fledged video surveillance monitoring in the manner a traditional VMS is used. Feenics displays video in a pop-up window separate from the main interface and displays only a single camera view at a time: 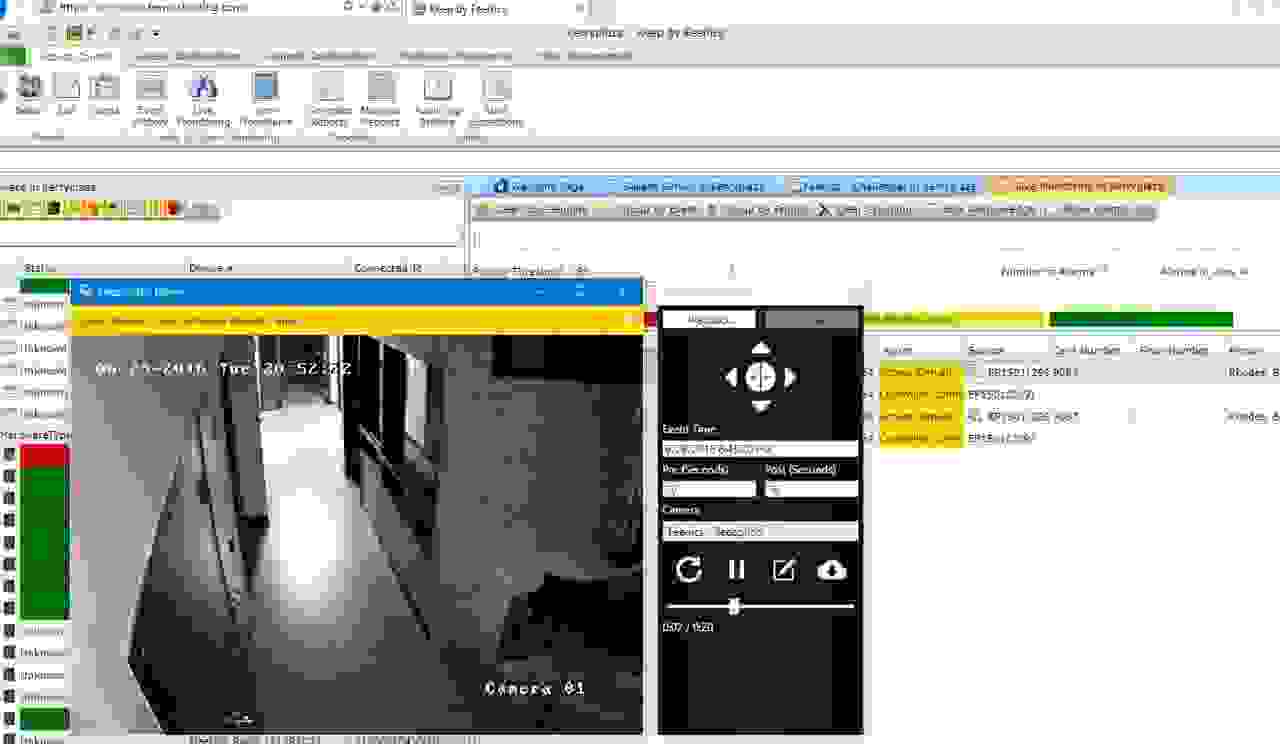 In most cases, the video integration in this feature is useful for the video audit or cardholder verification of an access event, but will be of limited use for even a small surveillance system monitoring several cameras.

In addition to the display constraints is that current VMS options are limited to Exacq, Salient, and soon Pelco Video Sentry, but any integration entirely relies on a 3rd party VMS. Feenics does not offer any native recording abilities, so Keep users will need to separately buy, maintain, and operate a surveillance system if desired.

A big potential issue is that in order for Feenics to integrate with a VMS onsite, inbound port openings need to be configured in the VMS location's firewall. This approach is considered increasingly insecure by many, and is not necessary of a traditional on-site access system like it is for Feenics.

A surprising weakness of the Feenics platform are the mobile apps. Keep uses three separate apps to present many, but not all, of the features available in the main browser interface. While the web portal can also be used from mobile devices via browser, the layout is too complex for small screens to be practically useful and so the apps are needed to render controls in a usable way.

The three separate Keep apps are:

Apps are free downloads and both iOS and Android versions are available.

Because these are distinct apps, users may find moving between them tedious to manage a single access system. In addition, not all client features are available in any of the apps. For example, video clip playback or viewing is supported.

The screenshot below of the 'Notified' app shows the same basic appearance and layout of all three: 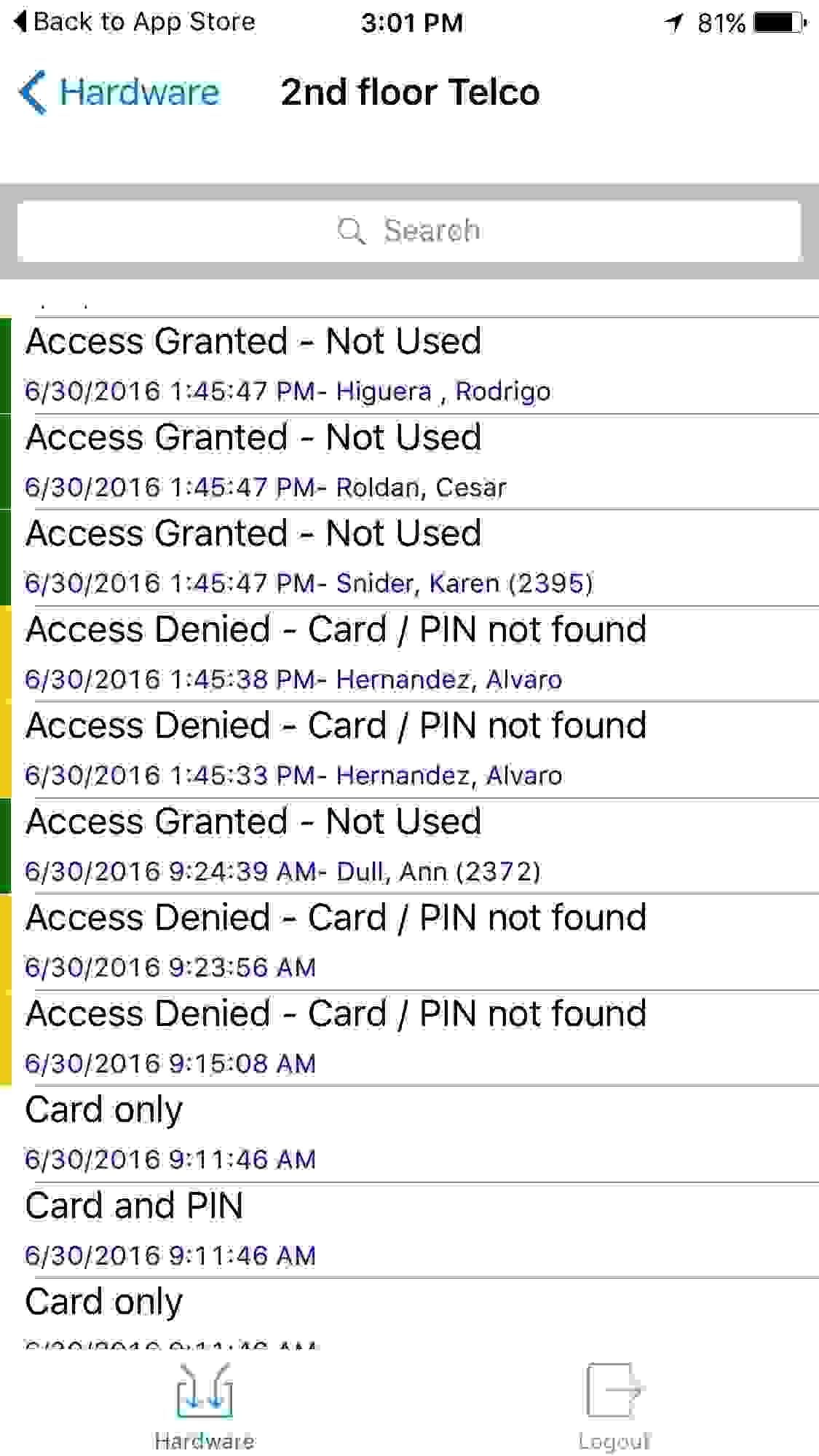 Users do not need to have a browser window active or open to receive system updates. The optional 'Keep Notified' module can be downloaded to PCs that stays logged in to Feenics servers and pops up notifications as they occur. Basic details like cardholder details and door controls are part of the taskbar tool, which may help simplify user workspaces if they are managing multiple applications at once.

Most access platforms, especially those targeting smaller systems market lack a similar notification feature, and browser or clients must be active or system events could be missed.

We review this feature in the video below:

Note that these prices are MSRP, not dealer price or street price. Feenics tells us that several dealers have packaged these prices into a 'white glove' managed service agreements that include door hardware replacement and adjustment costs, so street prices may vary.

The big pricing difference between traditional access and Feenics is the requirement an ongoing subscription to remain operational. By comparison, the cost of most traditional access is paid mostly or entirely at the time of purchase. Relative to other hosted platforms like Brivo, MSRP costs are about equal averaging ~$10 - $12 per door per month in service

For example, Avigilon Embedded ACM uses the same HID VertX controllers as Feenics supports resulting in close or equal hardware costs, but the ongoing service fees for the ACM system are $0 per year, while Feenics will cost $120 - $144 per year for a basic 4 door system, potentially costing ~$500 or more per year. Only when moving outside of basic access control features, like alarm panel integration, VMS integration, and custom reporting does the appeal of Feenics more substantial feature-set become easier to cost justify.

Feenics tells us that the next major release coming later this year will rectify or resolve several key weaknesses, including HTML5 support, where an updated browser client will make the NPAPI and lack of Silverlight support go away, and "Hot" Redundancy, where Feenics is planning to improve hosting to run a minimum of 2 complete instances per account in AWS.