The 4 companies (with links to FDA warning letters) are:

Update: the FDA has added another 9 companies to their warning letters directory:

An example of multi-person screening from Certify shown below: 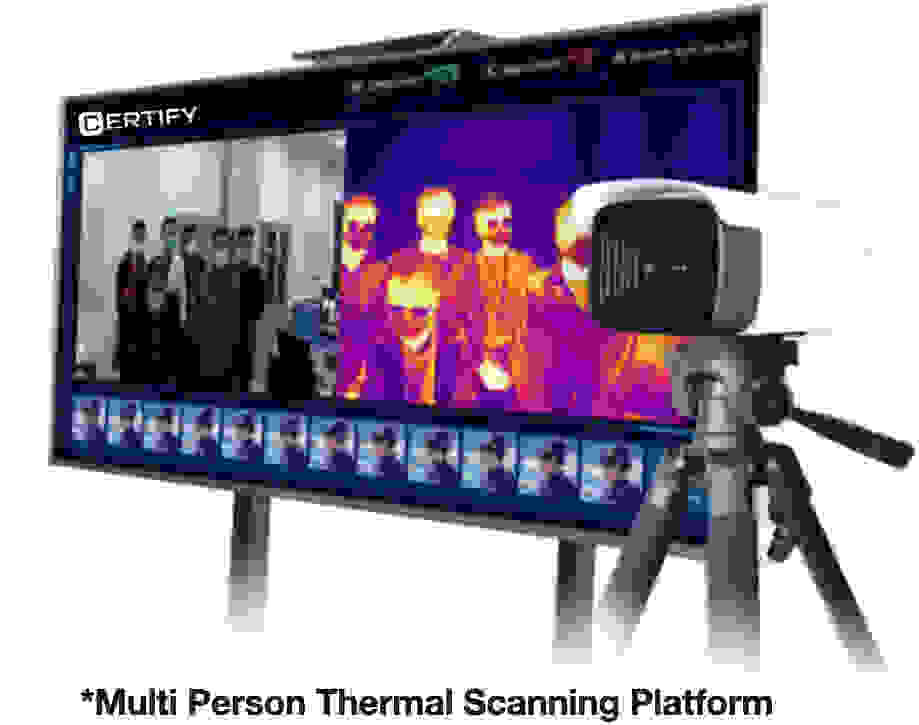 Another example from Workswell shown below: 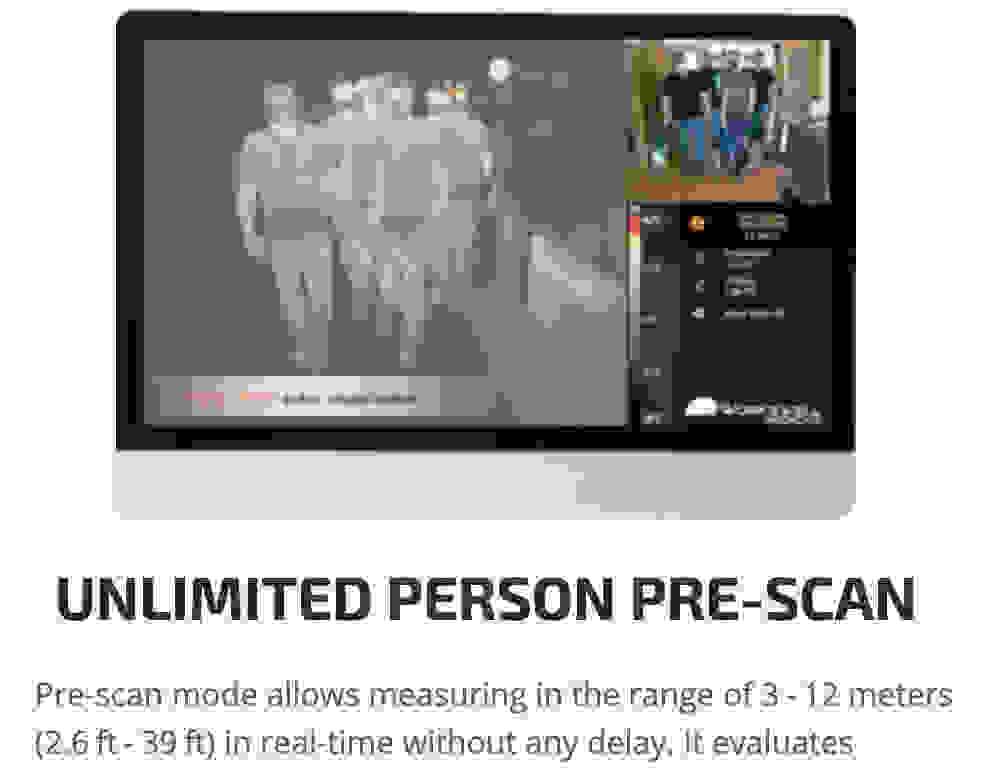 However, Dahua and some manufacturers have decreased the amount of US marketing claims of multiple-person temperature screening.

Warning letter recipient Omnisense temperature screening was sold to the US Department of Veterans Affairs by dealer Native Instinct, as IPVM reported in November, 2020.

In conjunction with the warning letters, the FDA issued an alert on the Improper Use of Thermal Imaging Devices:

The FDA emphasized both system setup and subject preparation.

The accuracy of these systems depends on careful set-up and operation as well as proper preparation of the person being evaluated.

The FDA reiterated numerous points that sellers have widely ignored, such as:

Thermal imaging systems should not be used near strong light sources, such as sunlight or bright electric lighting. Also, the system should not be facing anything that can reflect light such as windows or shiny surfaces.

The person being assessed should not wear a hat or glasses, and their hair should be pulled away from their face.

These devices measure skin surface temperature, so the person's skin needs time to adjust to environmental changes, for example when entering a building.

Indeed, as we exposed just this week, a California City deployment of Hikvision devices on buses is flagrantly violating this:

Simultaneously, IPVM has publicly disclosed the completion of a 5-month project and the acceptance of a scientific study to the Journal of Biomedical Optics showing systematic temperature screening manipulation. This was covered by the Washington Post, which noted:

On Thursday night, shortly after The Washington Post discussed the research findings with the Food and Drug Administration, the agency issued a public alert warning that improper use of the devices could lead to inaccurate measurements and “present potentially serious public health risks.”

It is possible and perhaps, likely, that the FDA will take further action against suppliers.

Many Examples Of Violators

There are numerous examples of flagrant violations of the FDA's explicit May 2020 instruction to "measure only one" person at a time. Six Flags touted Dahua fever cams screening groups of people, with some returning absurdly high body temps like 108.7°F:

An Alabama school district bought Hikvision fever cams based on an integrator's demo falsely claiming they could accurately screen "20, 30 people moving into a building":

Similarly, a superintendent of a Georgia school district touted Hikvision fever cams' ability to screen "large numbers of students in a quick fashion". 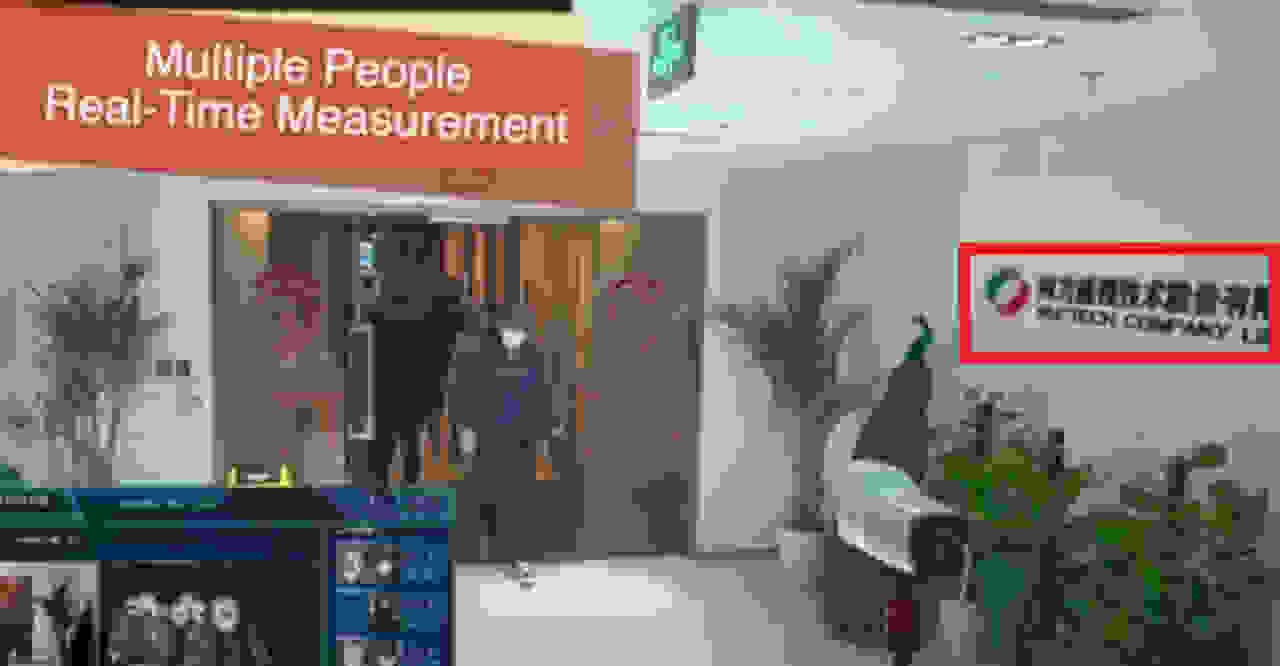 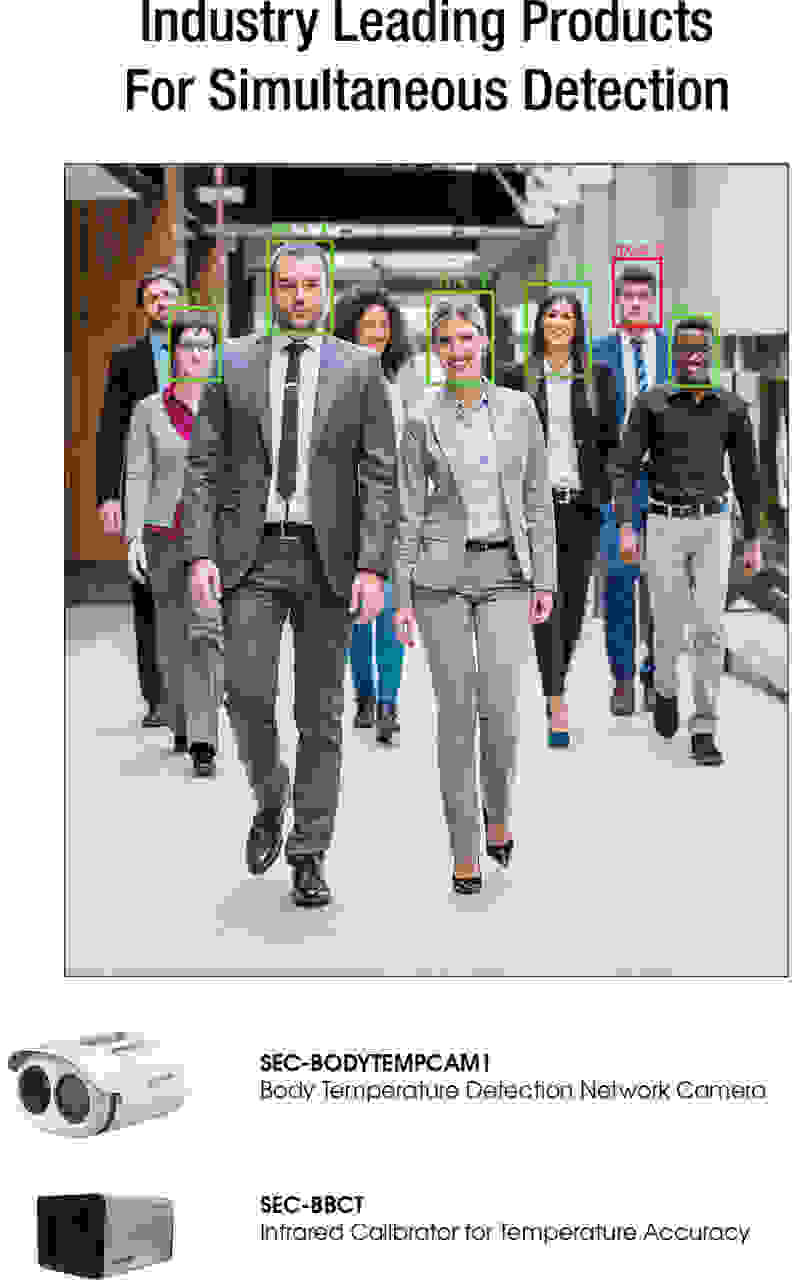 IPVM will update if and when the FDA warns any other companies.

Sunell Receives FDA Warning Letter on Mar 16, 2021
The US FDA has sent a warning letter to Sunell due to its sales of...
Certify Pulls, Denies Admitting, Caught Relabelling Fever Screener From China on Mar 11, 2021
The self-proclaimed "#1 fever detection" offering, sold to the NFL and other...
Comments (10) : Subscribers only. Login. or Join.