Pixel density (PPF / PPM) is the best metric the industry has to define and project video quality. It allows simple communication of estimated quality across various resolutions (from VGA to 20MP+), AoVs (telephoto to panoramic) and FoV widths (from narrow entries to large outdoor areas).

It is not perfect.

The key limitation for pixel density is that pixels only determine potential, actual performance can vary. The most common practical reasons why performance varies are:

We overview this in the animation below:

Determining the exact effective PPF is clearly subjective since people can reasonably disagree about 'effective' image quality. However, the fact that image quality is degraded, in effect, in practice, relative to the physical count is clear.

For many users, low light scenes have the most frequent impact on ePPF. For example, looking at images from a common low cost integrated IR bullet, effective PPF drops to ~20 in a 50 pPPF scene, shown below, with identifying subject details significantly reduced. 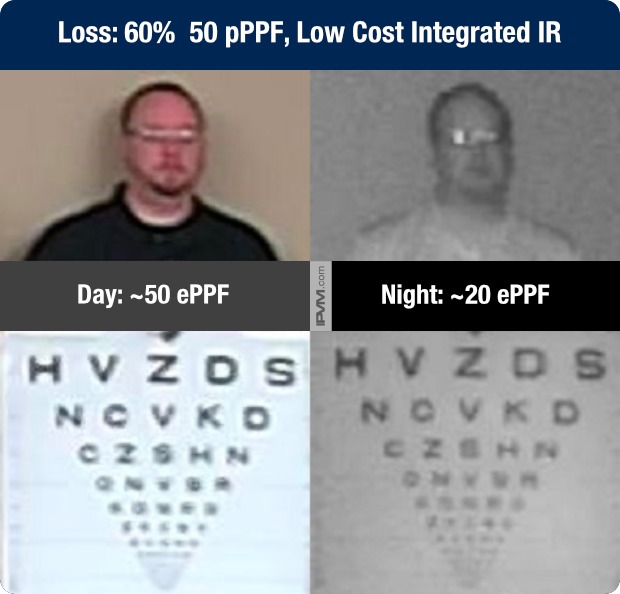 Even in a high performing integrated IR camera, ePPF is frequently greatly reduced, shown below: 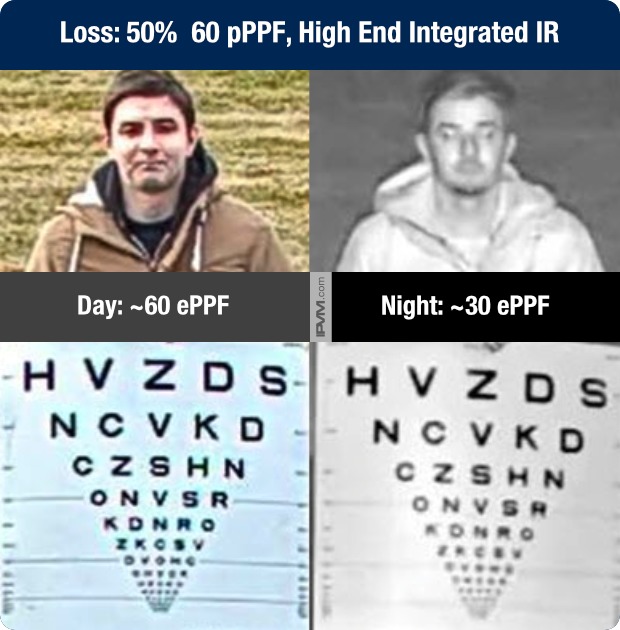 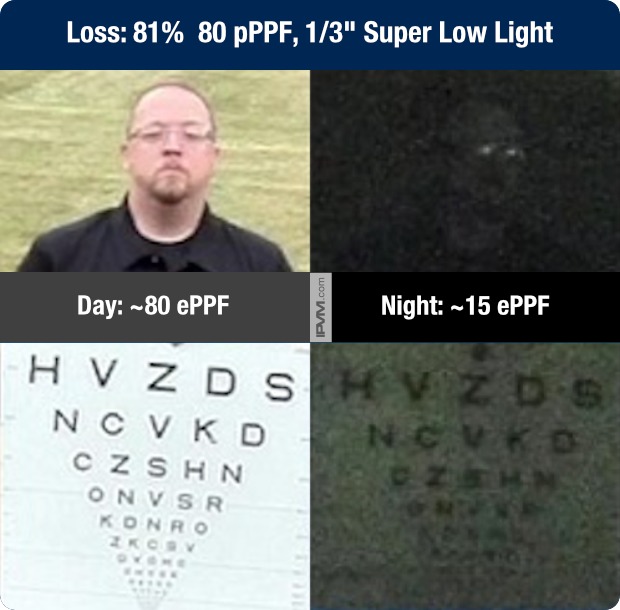 Larger imager models fare moderately better, but performance is still reduced by ~66% in this 1/2" model, a high performing example. 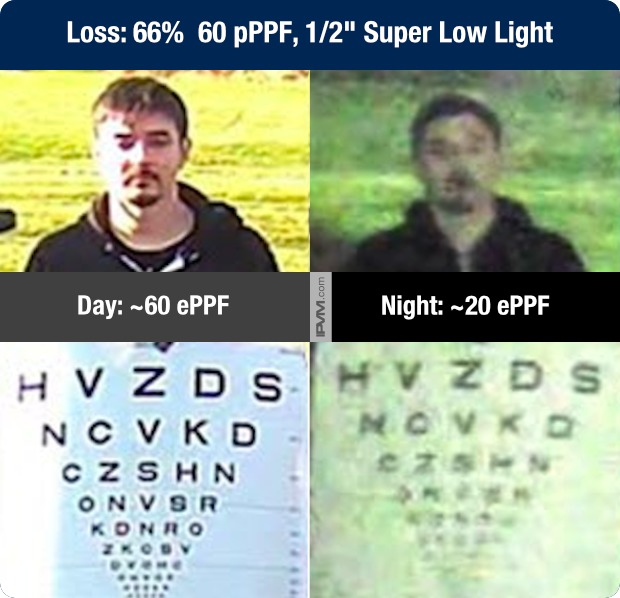 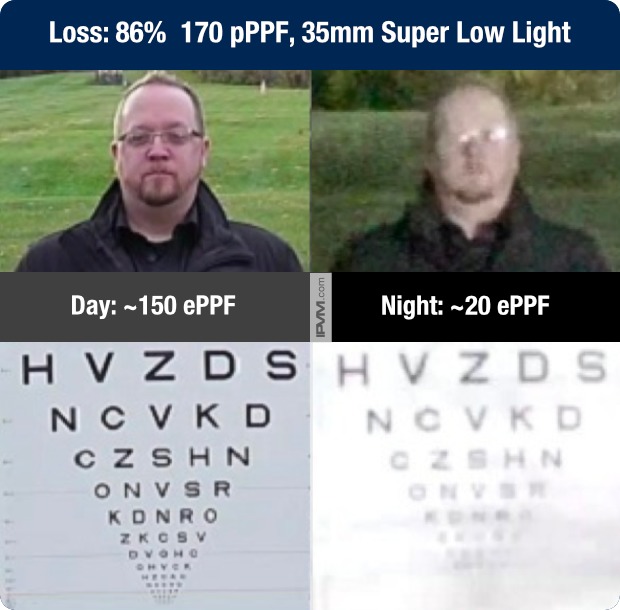 In addition to IR power, the evenness of illumination impacts ePPF, as well. For example, while the center of the field of view is well illuminated, with a ~10 ePPF drop, dark edges caused by uneven IR coverage result in a huge drop, from ~50 ePPF during the day to only 10 at night. 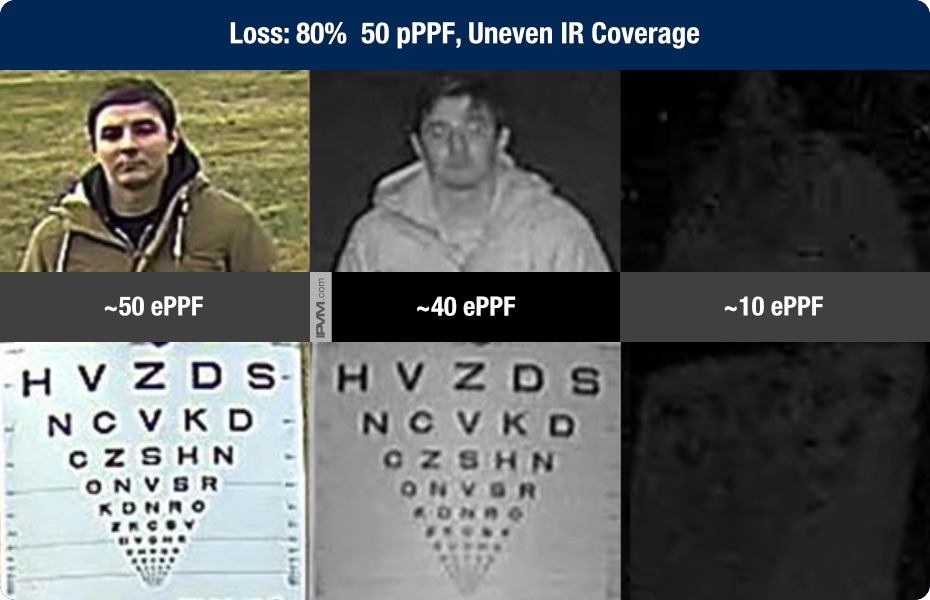 Even in cameras with "even" IR illumination, details are reduced significantly, with the camera below dropping to ~20 ePPF at night, a 66% reduction compared to daytime images. 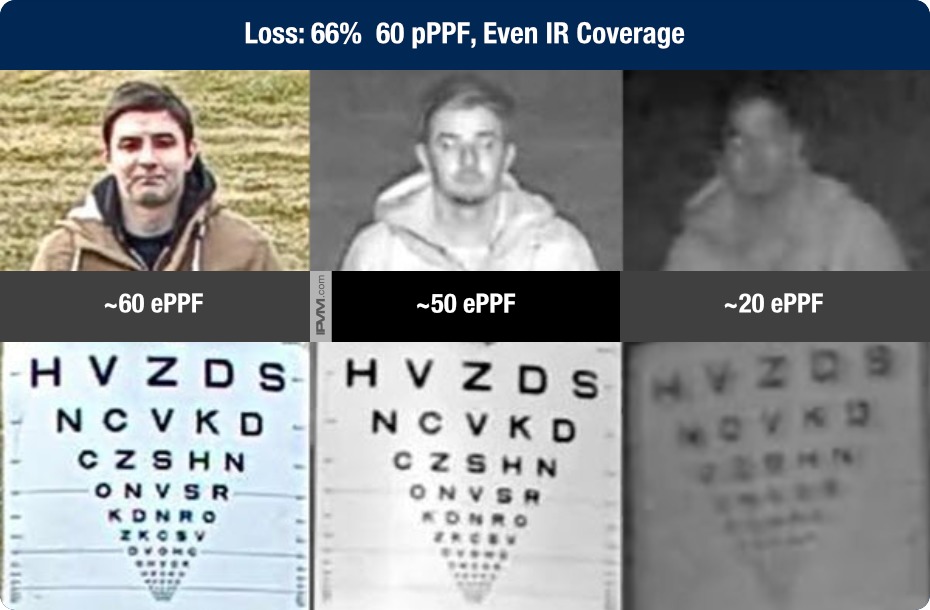 While low light issues may be most common, other lighting variances may have as much ore more of an effect. For example, ePPF in a camera with digital WDR only is reduced by ~30% against strong backlight, but produces no usable image at all in dark areas where the camera cannot compensate. 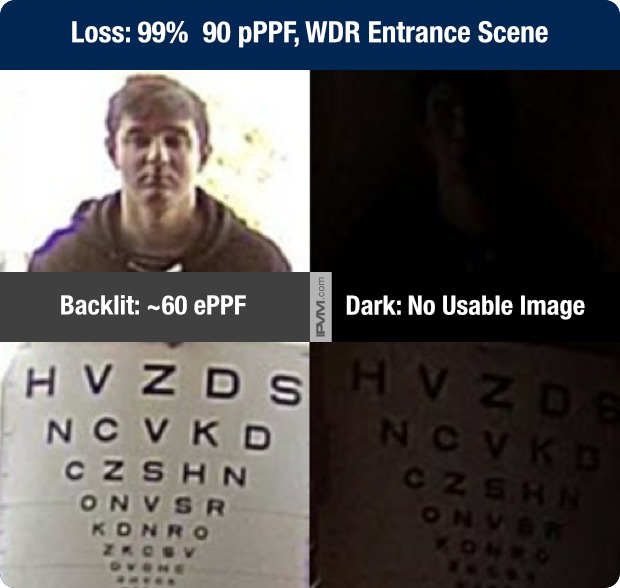 However, high end true WDR models maintain much better ePPF, shown below, with clear details of the subject in both bright and dark areas: 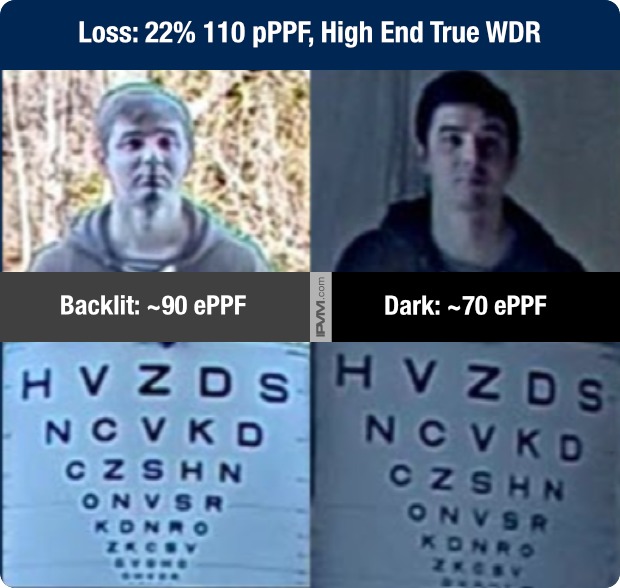 Finally, even in well lit scenes, other factors may impact ePPF. Most notably, with wide angle lenses now increasingly common, lens distortion at the edges of the field of view.

For example, in a high end model with a ~100° angle of view, ePPF is slightly reduced (~12%) at the edge of the field of view compared to the center. 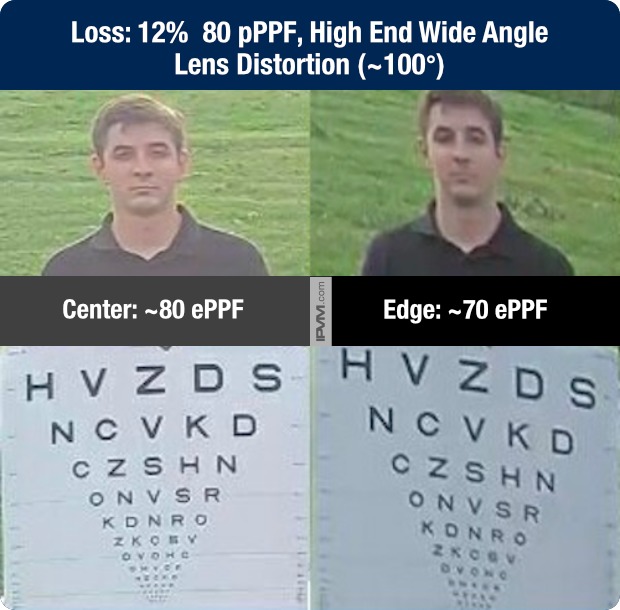 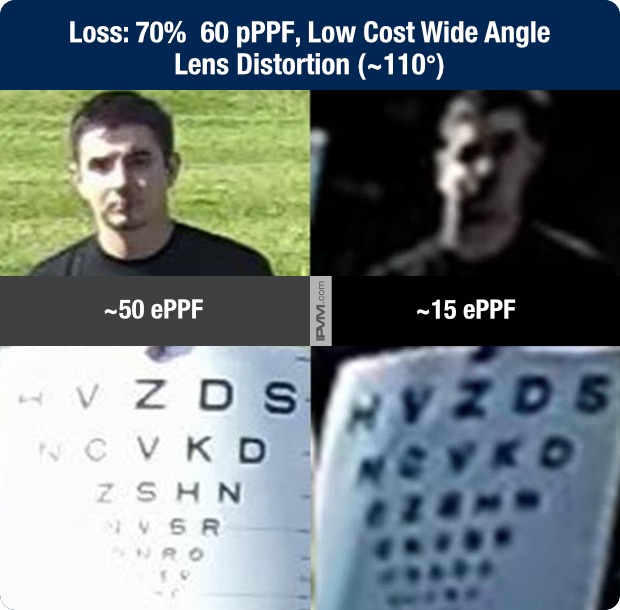 Let us know below what questions, comments and feedback you have for this as we will incorporate this further into our courses and training.