Few topics fan the flames of privacy activists like video surveillance. Depending on who you are, video cameras either dramatically improve security or are the ultimate end of it. In response to the recent Wikileaks Trapwire leak, someone claiming to be part of the self proclaimed uber-hacker collective 'Anonymous' produced a video offering tips on "how-to fool facial recognition cameras", embedded below:

Here's a quick recap of the clips's recommendations plus our feedback:

1. Wear a Mask: The pro to this approach is its drop dead effectiveness in stopping facial recognition. Even the best, most advanced analytic is not going to make out your identity when it's obscured by a mask (unless you always wear the same mask - i.e., SpiderMan). The con to this approach is that wearing masks in public tends to draw suspicion on their own merit. Unless, of course, you've taken to wearing a 'facekini' to protect your complexion. However, if you fall into this group, being recognized on camera might not be the worst thing that could happen anyway. 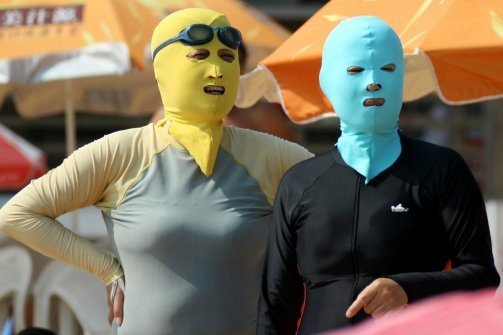 2. Tilt your Head 15 degrees to the Side While You Walk: Again, the pro to this approach is that it is fairly effective. But why bother tilting to the side when you can just tilt your head down and beat face recognition just the same? It's even natural. It's doesn't take extreme cambering of your head into a zombie posture to 'fool' facial recognition. In fact, simply tilting your head downward as if looking at you watch or the street in front of you is still a major problem for face rec (and the associated cameras) to overcome. There's no real 'con' to this method, beyond the realization at some point that a technology so easily fooled by jogging your head may not be capable of the omnipotent evil it is credited with.

3. Wear Strange Makeup: Pros- this probably works just fine to hide your identity, if done right. Cons- if done right, you will have a hard time pulling it off every day - unless your adoring public expects nothing less. 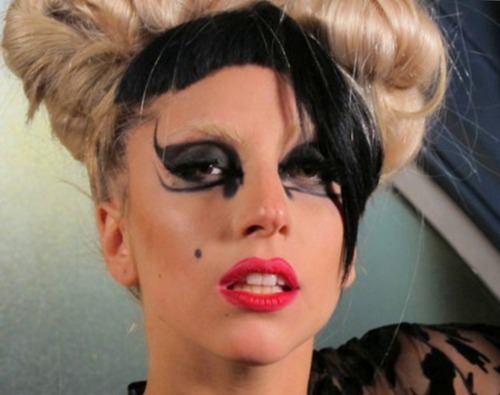 4. Use Lasers to Disable Cameras: This method has a big upside for defeating analytics. In fact, it defeats the entire camera at the same time. However, the downside is that it requires an insane amount of luck (skill?) and a fair amount of equipment and time to properly align and execute. Not to mention the target camera has ample time to record you setting up your laser pointer beforehand.

5. Make an LED Hat: If the Facekini or makeup aren't your style, the video suggests you can always make an IR LED-laced hat. The net effect of wearing such a hat creates a glare of UV that obscures your face from any IR enabled camera. 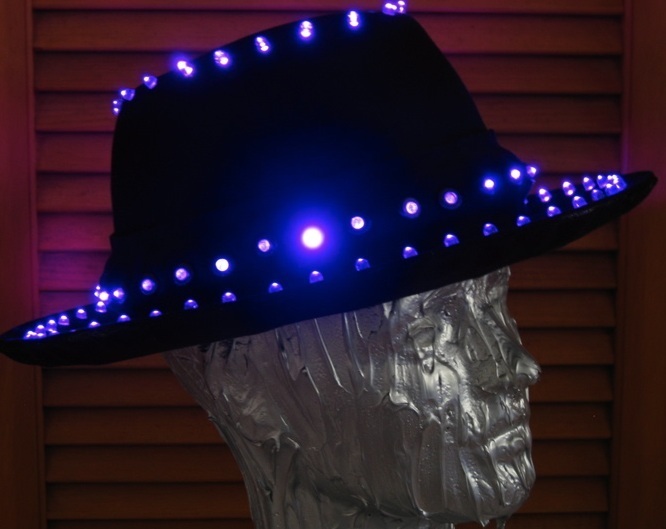 With all due respect to those concerned with privacy and the illegal use of surveillance, we offer 'Better Recommendations':

1. Wear a Ballcap or Sunglasses: Frankly, it doesn't matter if they contain LEDs, Lasers, or Kryptonite. Facial Analytics simply aren't powerful enough to ignore basic changes to appearance and still work. Too much respect is given the ability of facial recognition analytics, especially given they simply do not work well enough to overcome the simple, everyday flucuations in personal appearance.

2. Do Not Do Anything at All: Most cameras are mounted too high/weird angles, and lack the image resolutions to detect faces anyway. As we've already noted, recognizing faces is hard even in ideal situations - with correct pixel count, proper camera mounting height, and when subjects look squarely at the cameras. The chances that old, dusty dome hung 20 feet up is going to make your face correctly is fairly absurd.

3. Don't Believe Everything You Read: While it makes for exciting reading and racks up page views, TrapWire's abilities have been grossly over exaggerated. The premise that a massive, interconnected, fully cooperational network of surveillance cameras is being used to track movements is science fiction fodder. While it is a compelling idea for some, and the manifestation of evil for others, simply because an idea is 'theoretically possible' does not mean it is plausible or impending.

While TV and the movies almost always vastly overstates facial recognition's effectiveness, here's one TV show that surprisingly tells it like it is:

BluB0x Company Profile on Feb 20, 2019
BluB0x has doubled in revenue every year since its founding in 2013,...
Comments : Subscribers only. Login. or Join.