Dahua USA CEO Tim Wang, Where Is Your Integrity? 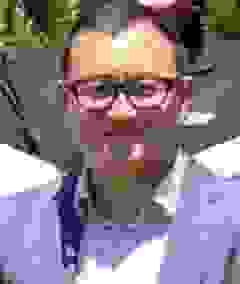 Dahua USA CEO Tim Wang and Dahua Director of Marketing Tim Shen shared their IPVM passwords extensively, resulting in Dahua USA CEO's account attacking Hikvision and praising Dahua on IPVM. Rather than admit to their error and provide assurances they would stop, Dahua fabricated an excuse about a 'possibility of hacking'. Because of this, we have terminated their IPVM group access and banned their IP addresses.

In August, after one Dahua employee posted as Tim Shen, we warned Dahua to stop sharing passwords. From scanning their login records, the sharing was widespread, with multiple logins daily from the same account in various locations around the world. Normally, we immediately terminate accounts for such misuse (which violates our terms of service) but we decided to give them a warning.

Earlier in September, Dahua USA CEO Tim Wang's [link no longer available] IPVM account posted a series of undisclosed comments praising Dahua and attacking Hikvision. We do not allow manufacturers to use undisclosed to promote themselves or attack their competitors. However, when we reached out to Dahua, Dahua said Tim Wang had not posted the comment. We had warned Dahua weeks before that Tim Wang was sharing his account and they agreed to change the password.

Now, Dahua USA Spokesperson Raleigh Gerber's excuse is a "possibility of hacking" despite the commenter regularly logging in with Tim Wang's account from the same IP address for months and then promoting Dahua in his comments. Though we provided them with the commenter's IP address and geolocation 13 days ago, Gerber says they are still 'investigating'.

We asked Dahua's spokesperson point blank to deny that they had ever shared passwords, Dahua did not reply.

Dahua regularly emphasizes their commitment to integrity, with Tim Wang recently declaring that they "maintain a strong focus on integrity." These actions do not live up to that.

Dahua is not doing so here. We recognize that Dahua has struggled to adapt to the international market in many ways but Dahua cannot expect companies to accept such treatment.

Because of the illicit use and the cover up, we have terminated Dahua's IPVM group access and banned the IP addresses used by those accounts from accessing IPVM.

We hope that Dahua shows greater integrity in future and we would be happy to re-evaluate if they do.

The matter has been resolved. The Dahua CEO has subsequently been demoted / removed and the spokesperson has left the company. New Dahua management has accepted responsibility.

Dahua Demotes USA CEO on Jun 19, 2017
Dahua has demoted their USA CEO Tim Wang. Inside this note, we examine the...
Dahua New Marketing Head Hired From Hanwha / Samsung on Jan 04, 2017
Dahua is bad at marketing. And they are finally taking a step to correct...
Comments (99) : Subscribers only. Login. or Join.