Detecting people not wearing seatbelts or talking on the phone are 2 areas that have been marketed as being advanced uses of video analytics.

Now, Dahua has included seatbelt and phone detection in their new WizMind line, but how well do they work? 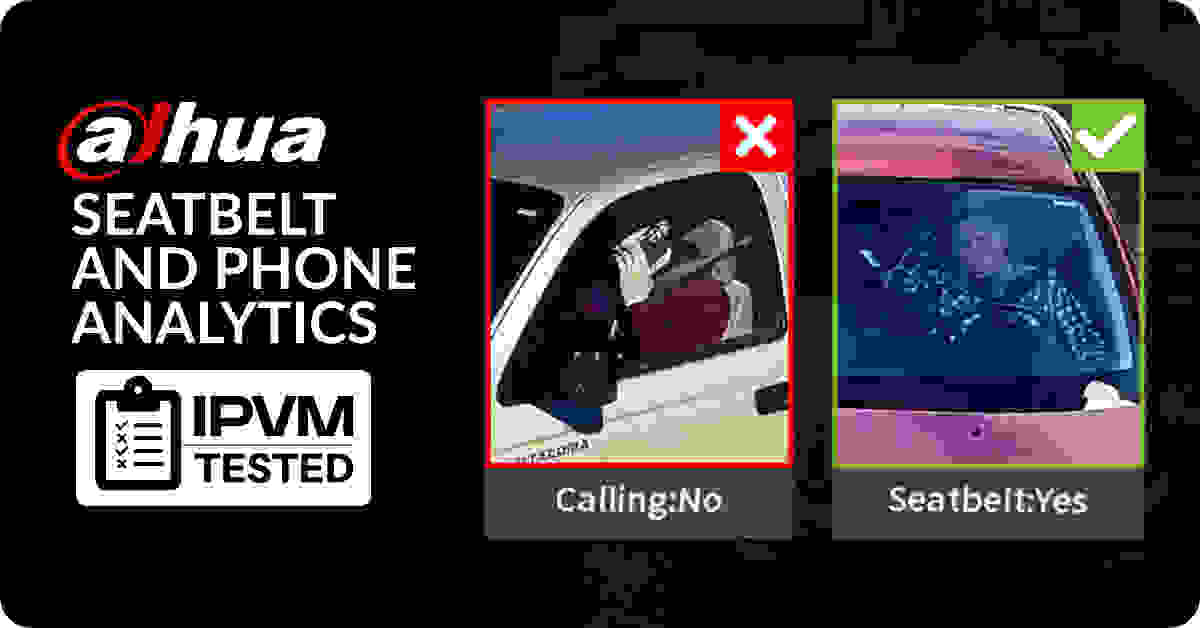 We tested seatbelt and phone detection in the IPC-HDBW7442H-ZFR, examining:

In our testing, both seatbelt and phone detection analytics had significant accuracy issues, even in ideal conditions (shallow angles and high PPF).

During testing, we found that changes in color near the driver's side door, such as hands or light-colored clothing, falsely triggered seatbelt detection, leading to false alerts when scratching the face or even holding the steering wheel.

Phone detection performance was more random, failing to trigger even when subjects clearly held a phone to their ear, but triggering when subjects scratched their face or simply held a hand up, especially their inside hand (away from the driver door).

Additionally, the analytics were extremely aggressive, attempting to classify subjects (most often incorrectly) in conditions which even human operators would find difficult, such as near total darkness, at harsh angles, at long distance/low PPF, or when shadows or glare blocked visibility, making the analytics effectively no more accurate than simply guessing.

Dahua's marketing of WizMind capabilities varies depending on the region. In North America, Dahua generically markets "human-oriented solutions" and highlights people counting, heat maps, and tracking, but does not mention vehicle analytics. Additionally, tech support in the US was unaware of seatbelt and phone detection, and it is not mentioned on the Dahua Wiki.

By contrast, in other regions, Dahua more aggressively markets metadata, including the vehicle metadata tested here. 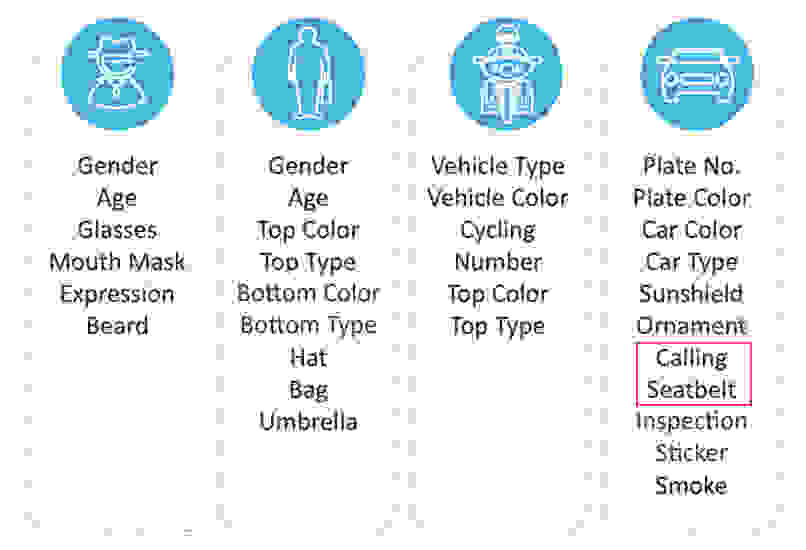 In our testing, we found that when subjects raised their left hand (closest to the driver's side of the car), the camera detected them as wearing a seatbelt. This could be to scratch their face (left), simply holding the steering wheel to drive (center), or to talk on the phone (right). 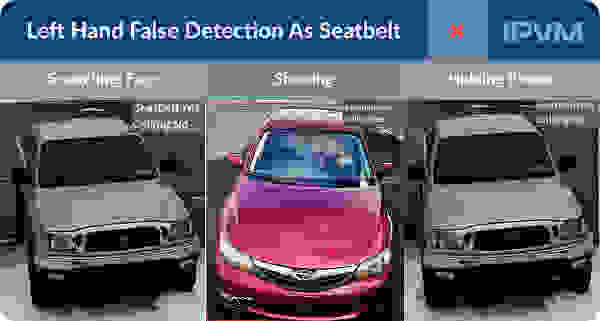 In addition to subjects' left hands being detected as seatbelts, raising the inside hand toward the face consistently was detected as the subject being on the phone, shown here, where the subject scratches his face: 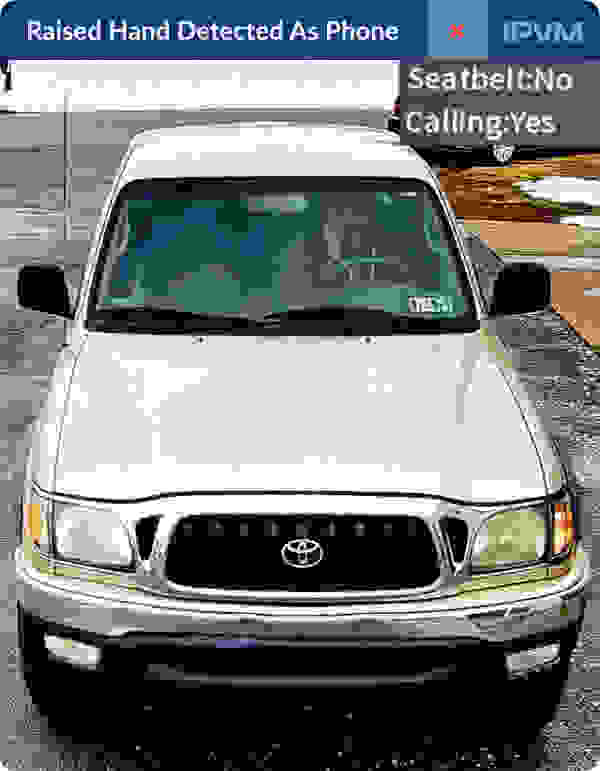 The camera aggressively attempts to detect subjects, in conditions where even a human operator would have difficulty determining if subjects were on the phone or wearing seatbelts.

For example, the subject in this example holds a phone in their right hand, but it can barely be seen with half his body in strong sunlight and the other half in shadow. 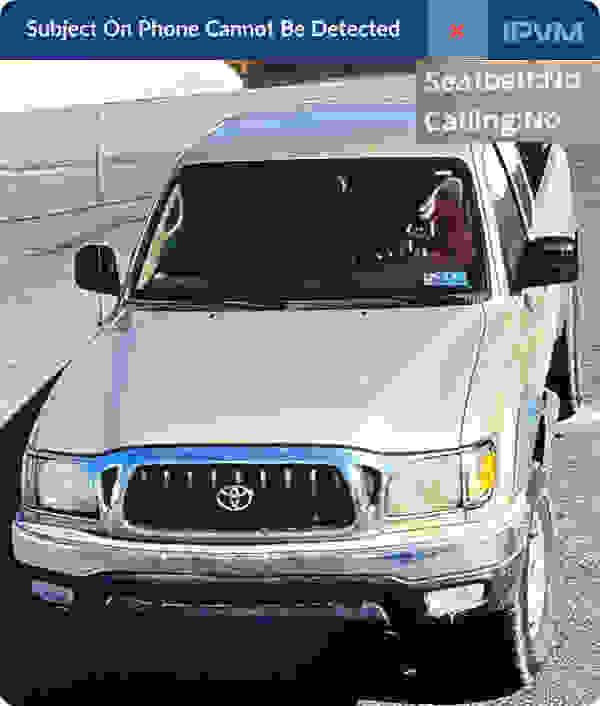 On an overcast day with the subject more evenly shadowed, the camera incorrectly detects him as wearing a seatbelt and not on the phone (both incorrect) though it is difficult to see if his seatbelt is on or not. 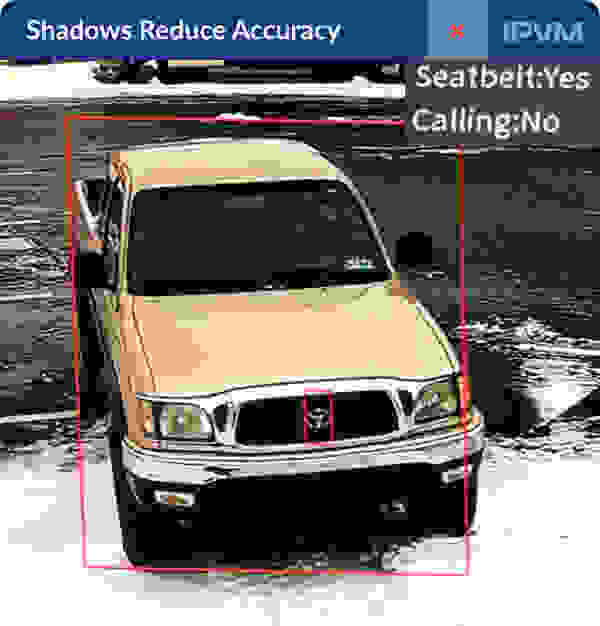 This aggressive detection regularly led the camera to detect in even worse conditions, as well. For example, the truck below was detected and classified as subject wearing a seatbelt and not on the phone, even though its interior and the truck itself are completely dark, effectively just an outline. 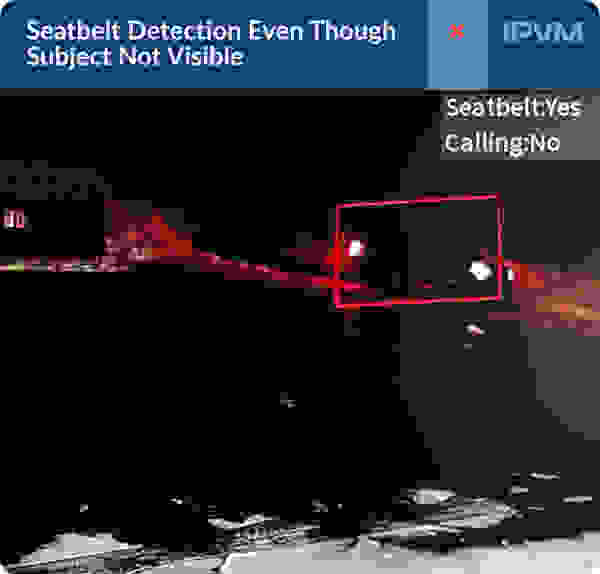 The camera also attempted to detect and classify subjects at extreme distances, where they cannot be properly seen, such as the car passing by at a harsh angle and low PPF below: 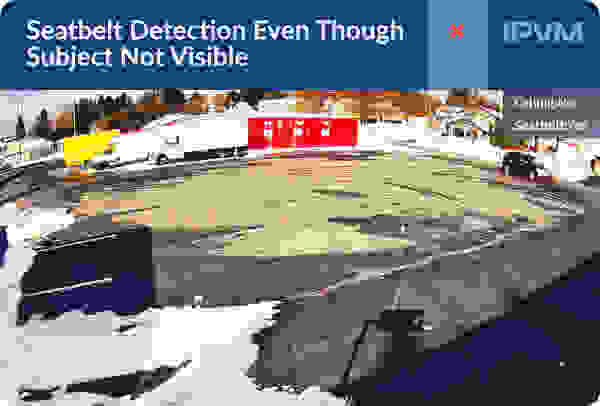 In our testing, when drivers approached the camera from an angle, they were almost always simply classified as "unknown", shown in the two examples below, even though the subject on the left can clearly be seen holding a phone. 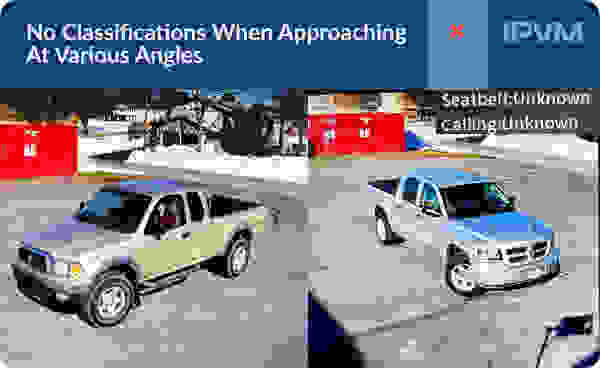 The following versions were used during testing.

Dahua Wins Brazil Direct Bid After Government Reversal on Mar 10, 2021
Dahua has been declared the winner after initially losing a controversial...
Comments (16) : Subscribers only. Login. or Join.