Dahua Lies Saying Its Equipment Not Intended For Public Safety 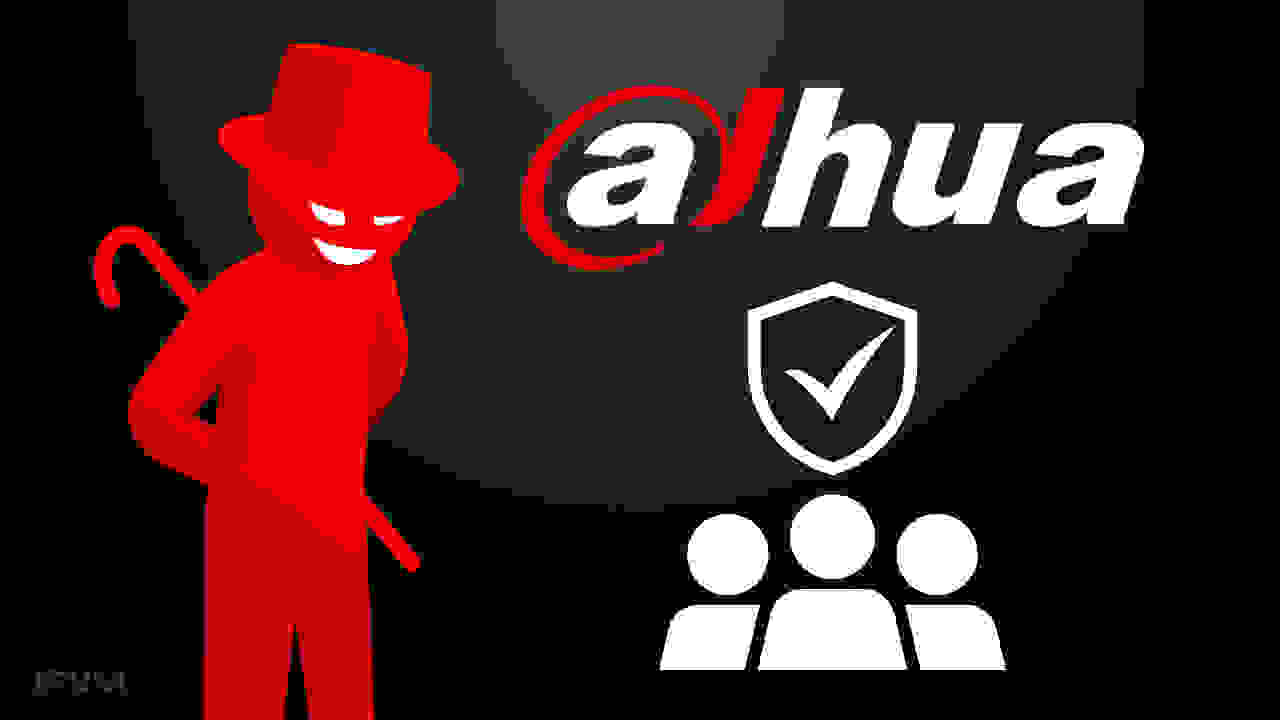 This is the latest in a series of unethical and manipulative attempts to avoid responsibility for its actions, including Dahua falsely telling FCC its recorders are not covered by the NDAA and Dahua being caught 6 times with racial analytics despite contradictory denials.

Dahua USA, in a letter addressing the FCC rulemaking, declared:

While it might seem odd that Dahua is making such a declaration, it is because the NDAA 889 "ban" language specifically cites "public safety":

However, Dahua USA regularly markets its equipment for "public safety", as these 3 examples below show: 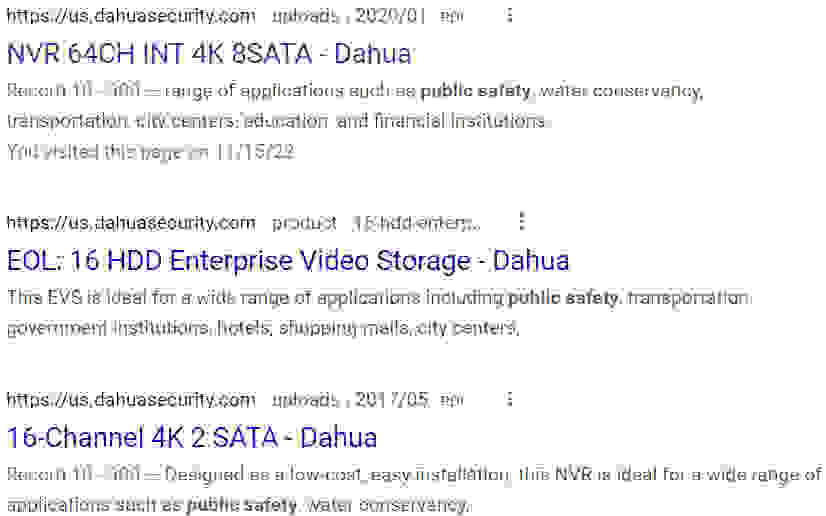 And Dahua's rigged fever camera business was likewise, in its own words, intended for "public safety":

Indeed, Dahua has declared that its analytics are intended to enhance "public safety":

Dahua USA's own "public safety" marketing is not surprising for those in the video surveillance / physical security industry. "Public safety" is an obvious and fundamental use of these technologies.

Looking at Dahua USA's own website list of solutions (below), retail, gaming, healthcare, and commercial are all clearly public places, and even multi-family residential (such as apartment buildings) are public places: 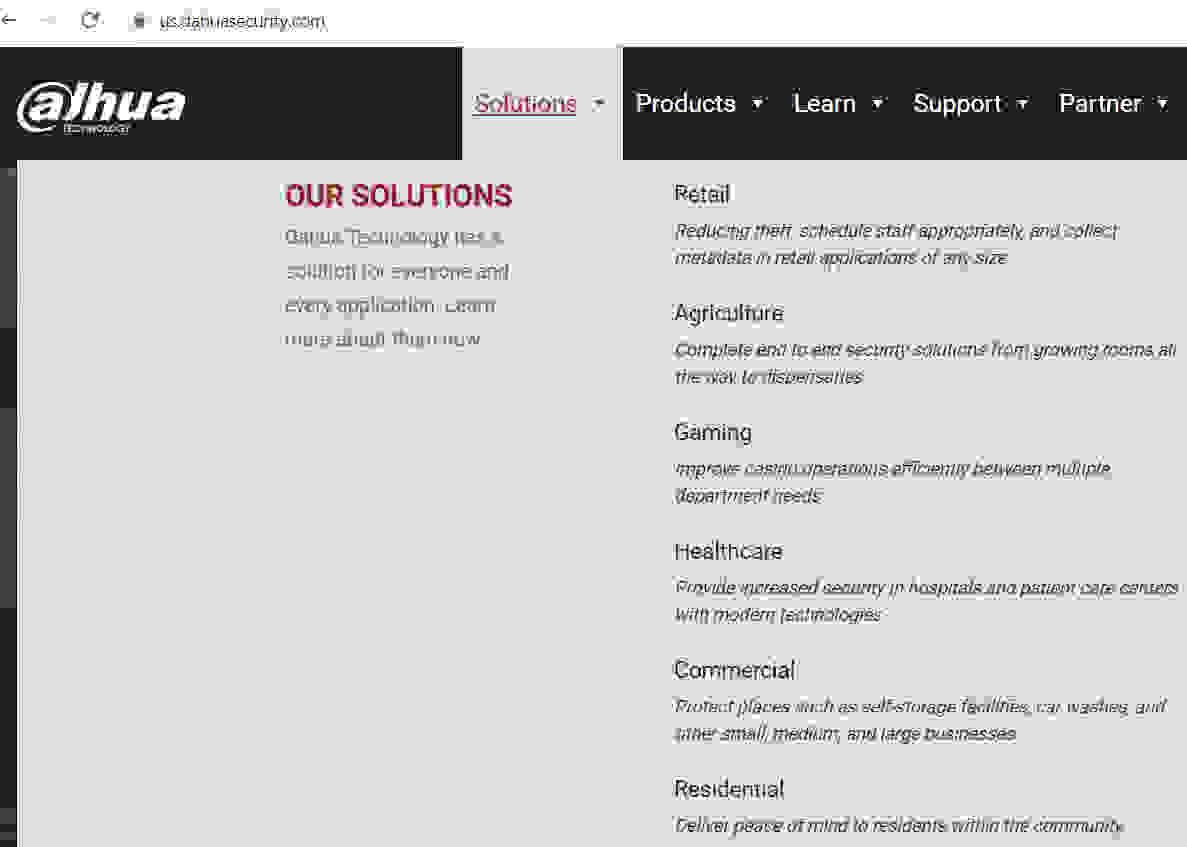 Dahua products are not meant for customers covered by the NDAA, which broadly includes organizations involved in national security and public security services. Dahua goes to substantial lengths to mitigate the risk of NDAA covered organizations inadvertently purchasing our products and we have suggested to the FCC additional disclosure measures we’d be open to implementing, such as a sticker affixed to our packaging. References to public safety within the context of our marketing to business customers is intended to refer to the security of the general public within their premises. [IPVM note: link added to the disclosure measures phrase to related coverage]

Dahua added that they would review and update the language:

As part of our normal processes, if and when we identify documents or product pages that might have been subject to misinterpretation, we update them and make the language more precise as a matter of course.

Dahua did do that, generally deleting the documents or removing the references that we cited above. Anticipating this, IPVM archived many of them, for reference, below:

Dahua knows its products are intended for public safety. That is why, for years, they literally said they were for public safety. Now that Dahua finds an opportunity to manipulate the public and the US government, it pretends otherwise.

And from Dahua USA's "wiki", Dahua touts how its DSS is "the solution" for "law enforcement:

DSS Pro is the solution for managing multiple locations, like retail chains and law enforcement or transportation environments

Moreover, Dahua USA markets its products for "critical infrastructure" another category included in the NDAA language, which Dahua has also recently deleted:

FCC Prohibited Purposes Plan For Dahua And Hikvision Analyzed on Nov 28, 2022
While the FCC voted to prohibit authorizations of any new Dahua, Hikvision...
Comments (7) : Subscribers only. Login. or Join.