The Dahua employees walked and talked wearing the Communist Party pin, such as: 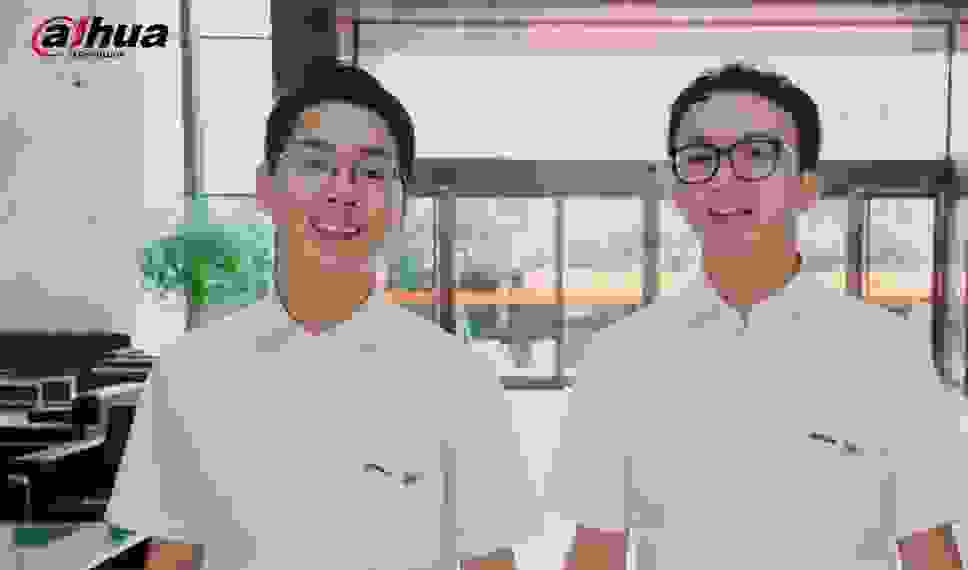 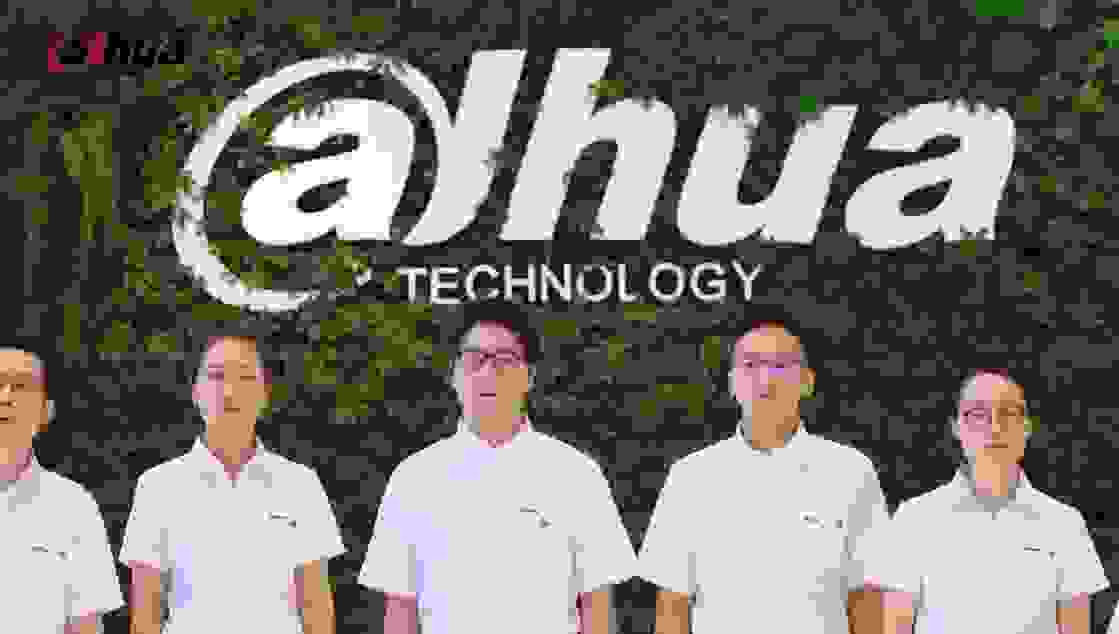 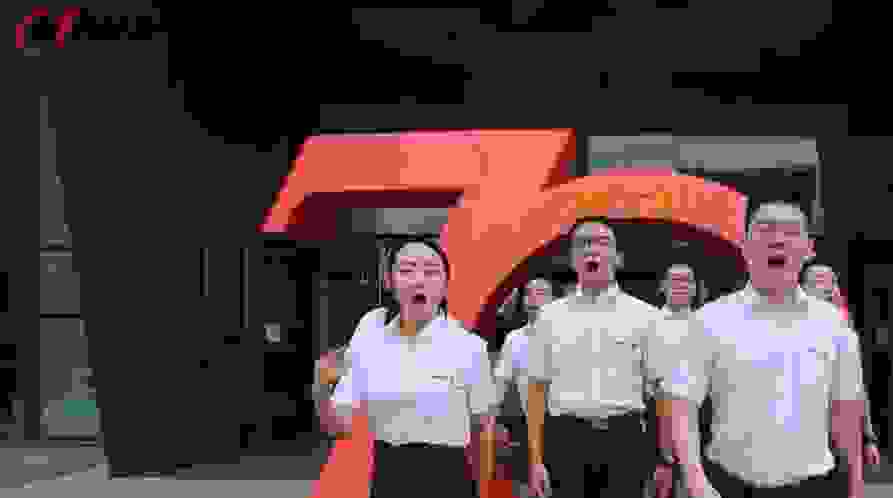 On October 1, China celebrated the 70th birthday of the CCP's 1949 takeover, notably with the PRC's largest military parade ever in Beijing.

On that date, Dahua's account on PRC social media network Weibo posted the video (UPDATE: the video has been deleted from Dahua's Weibo account). IPVM has uploaded the video to YouTube:

The video shows a group of unnamed Dahua employees singing Me and My Motherland (我和我的祖国), a hit 1985 song that was repurposed this year into a nationalistic film with the same title to celebrate the PRC 70 anniversary.

While the song's lyrics are apolitical, the Dahua video is explicitly celebrating the PRC's and Party's 70th birthday. At the beginning, an employee pins a China Communist Party flag to the chest of his colleague. Underneath the flag is the Maoist slogan "serve the people" (為人民服務).

The employee's speech prior to the song, translated to English, is:

For countless nights, with sparkling stars in the sky, Dahua, has become the most shining one in the dark. With a firm belief, we carry on. To make the society safer and to make lives smarter, we are the fighting Dahua-ers. We breathe with our motherland, we share one destiny. Tens of thousands of Dahua-ers fight for this mission brought to us by the history. We are one piece of sand in this enormous population. We are one water drop of the long river of the history. We sail against the storm with enthusiasm. With full ambition in our chests, we forge the glory. With everyone's heart aligned, we are firm in reformation. The horn of our era has blown. We are embarking on a new journey. Let's sing the song in our heart together to wish our country for strength and prosperity [emphasis added]

Hammer and Sickle in China

While the hammer and sickle has historically been associated with the Soviet Union, it is also the emblem of numerous Communist Parties around the world, including the China Communist Party. 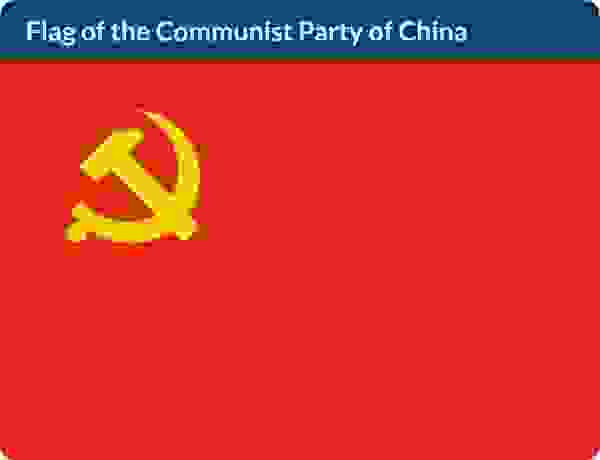 Also, the hammer and sickle is at the center of the PRC's Great Hall of the People, the meeting place for their National People's Congress and where Xi Jinping regularly speaks, as shown below: 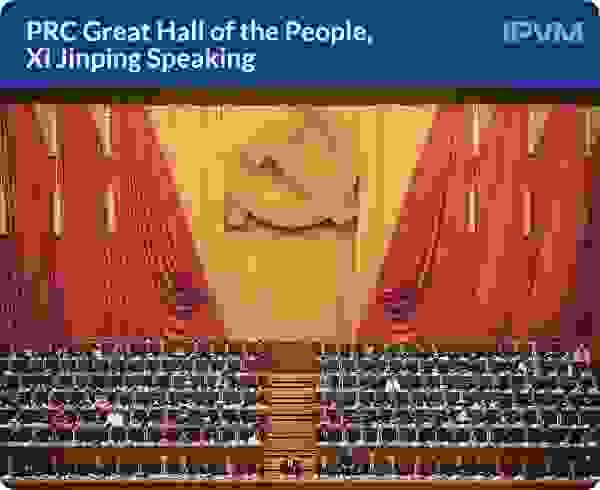 While Dahua could have used the country's PRC flag, the Party is worried about people separating the two (government vs. Party). In 2013, when the phrase "love the country does not equal love the party" (爱国不等于爱党) caught on with PRC netizens, PRC state media claimed this was "ideological infiltration" from the West and pointed out that multiparty democracy in Iraq and Libya has led to "turmoil and war".

The China Communist Party controls all levels of government in China and does not want people to make a clear distinction. This means anyone who is against the Party, like Hong Kong protesters, is considered a "traitor" to the PRC. (The US equivalent would be being branded a national traitor if one supported the Democrats while Republicans were in power).

Dahua has previously implied that, unlike state-owned Hikvision, it is independent of government influence - e.g., when the NDAA ban passed, Dahua said it is "not a government owned entity". Dahua's shares are indeed private. Its top shareholder by far is the founder and chairman Fu Liquan, who owns 36% of the company's shares.

Dahua's "unconditional fealty to the party and state" 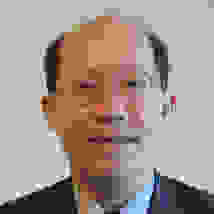 However, Willy Lam, an adjunct history professor at the Chinese University of Hong Kong, told IPVM the video showed Dahua's "unconditional fealty to the party and state":

This video is really over-the-top in demonstrating a private company’s total and unconditional fealty to the party and state. This is what Xi Jinping is demanding of large private enterprises (even though many so-called private enterprises enjoy the patronage of powerful politicians including princelings). By professing undying loyalty to the party-state, private bosses hope that the CCP won’t be sending so many commissars into their offices. The trend seems to be more party hacks being posted to private firms to ensure their loyalty.

Hikvision itself did not post such a video, however, its chairman Chen Zongnian and its state-owned controlling shareholder CETHIK held a large celebration of the PRC's 70th anniversary on September 26th in Hikvision's HQ of Hangzhou.

Chen gave a speech praising "the contribution of state-owned enterprises to realize the Chinese dream of the great rejuvenation of the Chinese nation". (These are political slogans closely associated with Xi Jinping.) 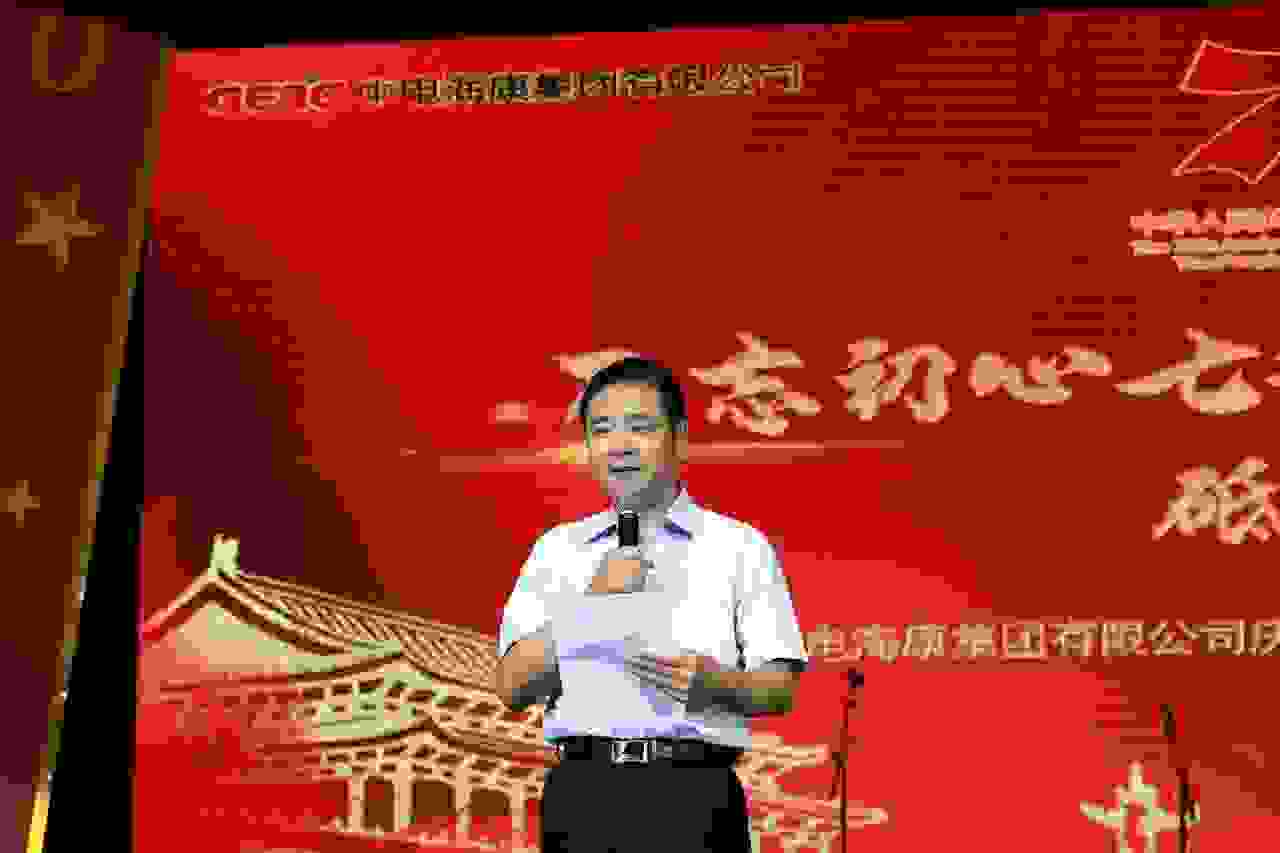 CETHIK also sang "There is no new China without the Communist Party" at the event, a version of which is embedded below :

China is a one-party ruled state where the CCP ultimately controls all aspects of society: business, politics, media, etc. Especially under current leader Xi Jinping, it has been clearer than ever that the Party "has returned to being the ultimate authority in business as well as politics", as noted by China expert Richard McGregor.

Dahua, as a PRC company, is clearly displaying loyalty to the Party.

Motorola is "Wrong", "False", "Flawed" Retorts Dahua and Hikvision to FCC on Apr 12, 2022
Dahua and Hikvision fired back at Motorola, saying Motorola is "wrong",...
Dahua CEO Is Communist Party Secretary, Declares "Always Follow The Party" on Jun 14, 2021
Dahua CEO Fu Liquan, the Secretary of Dahua's Communist Party Committee,...
The 2020 Video Surveillance Industry Guide on Dec 20, 2019
The 300-page, 2020 Video Surveillance Industry Guide covers the key events...
US DoD Comments on Huawei, Hikvision, Dahua Cyber Security Concerns on Oct 16, 2019
A senior DoD official said the US is "concerned" with the cybersecurity of...
Comments (34) : Subscribers only. Login. or Join.