Massive evidence has shown that Dahua rigged a ~$24 million USD bid in Brazil, contradicting Dahua's denial while Dahua refuses to address this evidence.

Watch this 46-second video (in Portuguese with English subtitles) for an overview:

Leaked files including emails and more than 20 versions of the bid specification show Dahua-edited documents on a Brazilian state government's letterhead and indicate Dahua involvement more than 16 months before the specification went public.

For previous IPVM coverage of this Dahua bid, see: 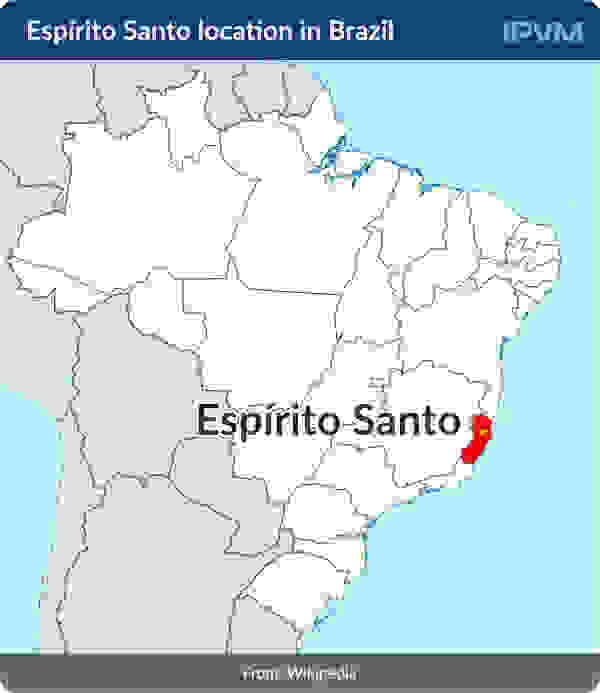 Last month, Dahua was awarded a ~$24 million USD project with the Department of Transportation (DETRAN) of the Brazilian state of Espírito Santo (see map). Inside this note, IPVM discusses the massive documentary evidence of Dahua involvement more than a year before the bid specification was released.

As IPVM reported, the final DETRAN bid specs were released on December 22, 2020. However, leaked internal Dahua emails show Dahua employees discussing the bid specification months prior to the release date.

In the leaked email below with the subject "Reply: 【Baseline of Safe City】Brazil State-level LPR" (in Chinese, Google Translate to English) from August 13, 2019, 16 months prior to the release of the government's bid specification, Dahua Brazil employee Lucas Kubaski discusses "a project in Espírito Santo Estate [sic]" with two China-based Dahua employees: 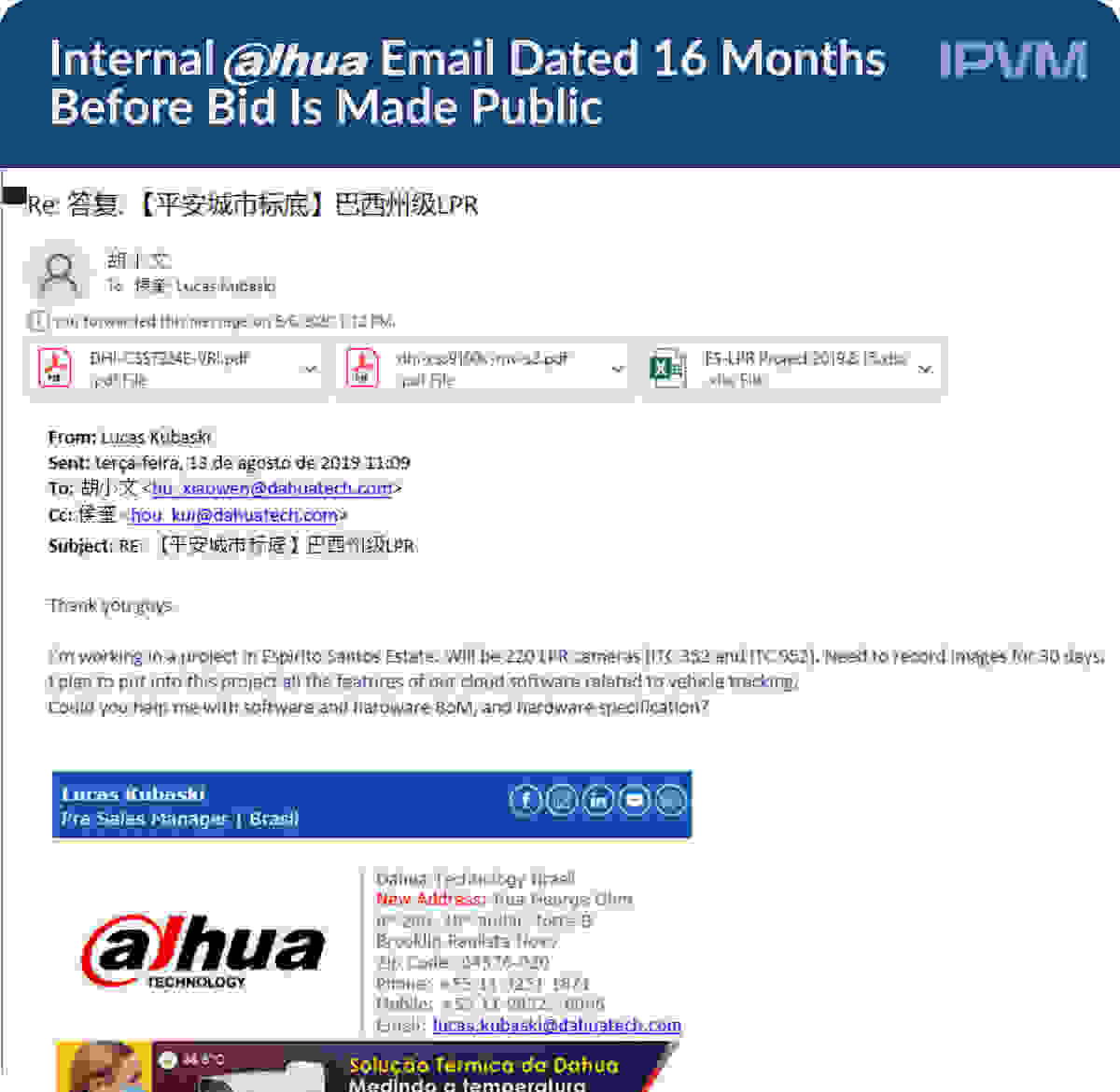 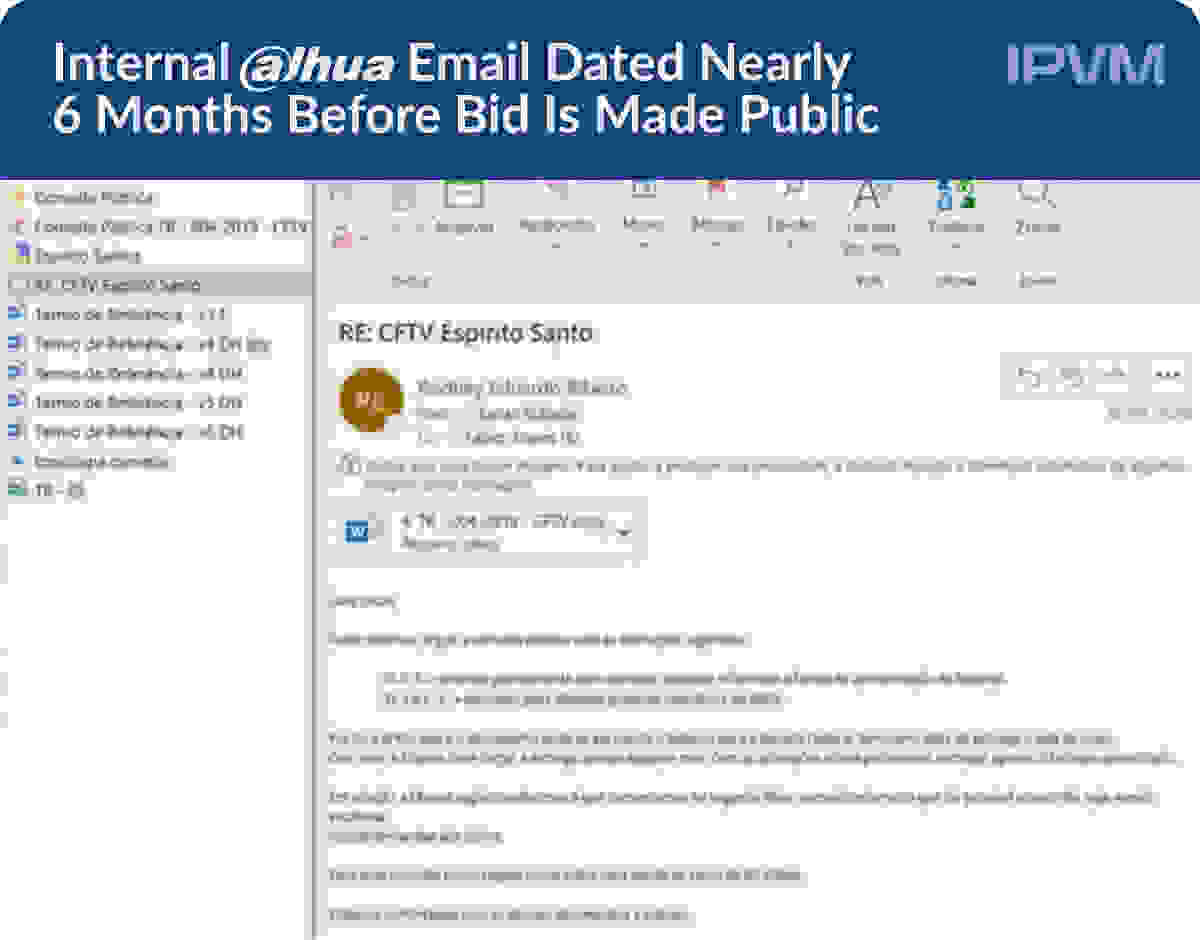 In a flash drive shared with IPVM by an individual claiming to be from Dahua Brazil, IPVM reviewed 20+ revisions of an annex to the bid specification, dating between August 2019 and November 2020: 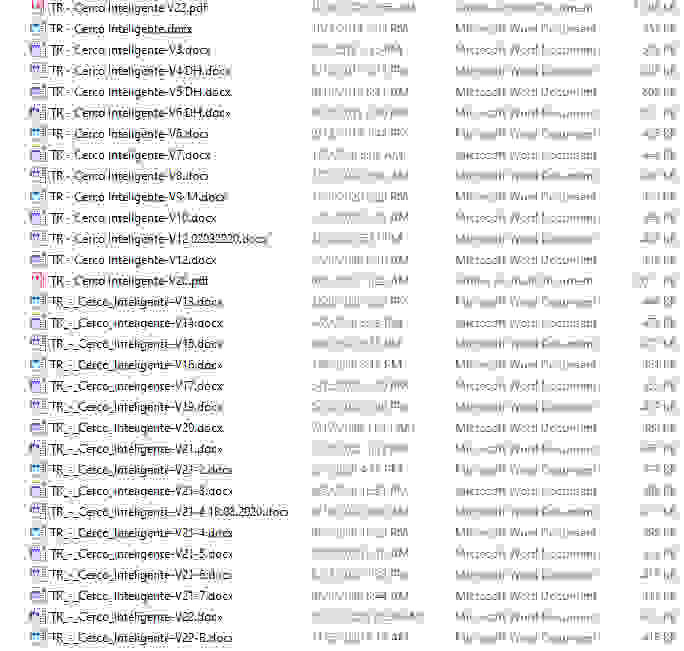 Numerous revisions as early as version 4, dated August 15, 2019, are recorded as being “Last saved by” an author/editor called “Dahua Tecnologia:” 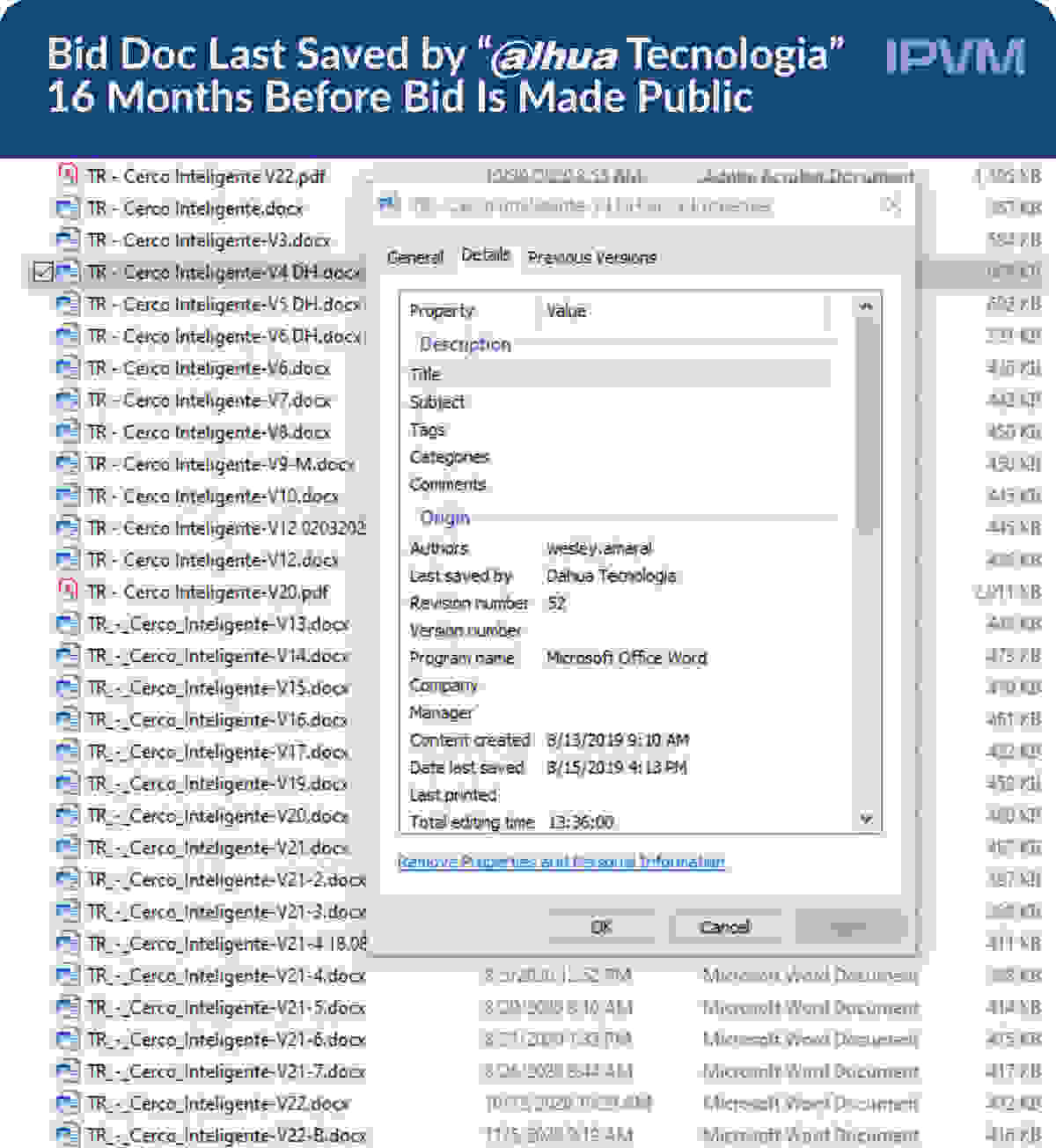 Inside version 4, the author “Dahua Tecnologia” is shown as having made substantial, heavy edits to the document on Espírito Santo state government letterhead: 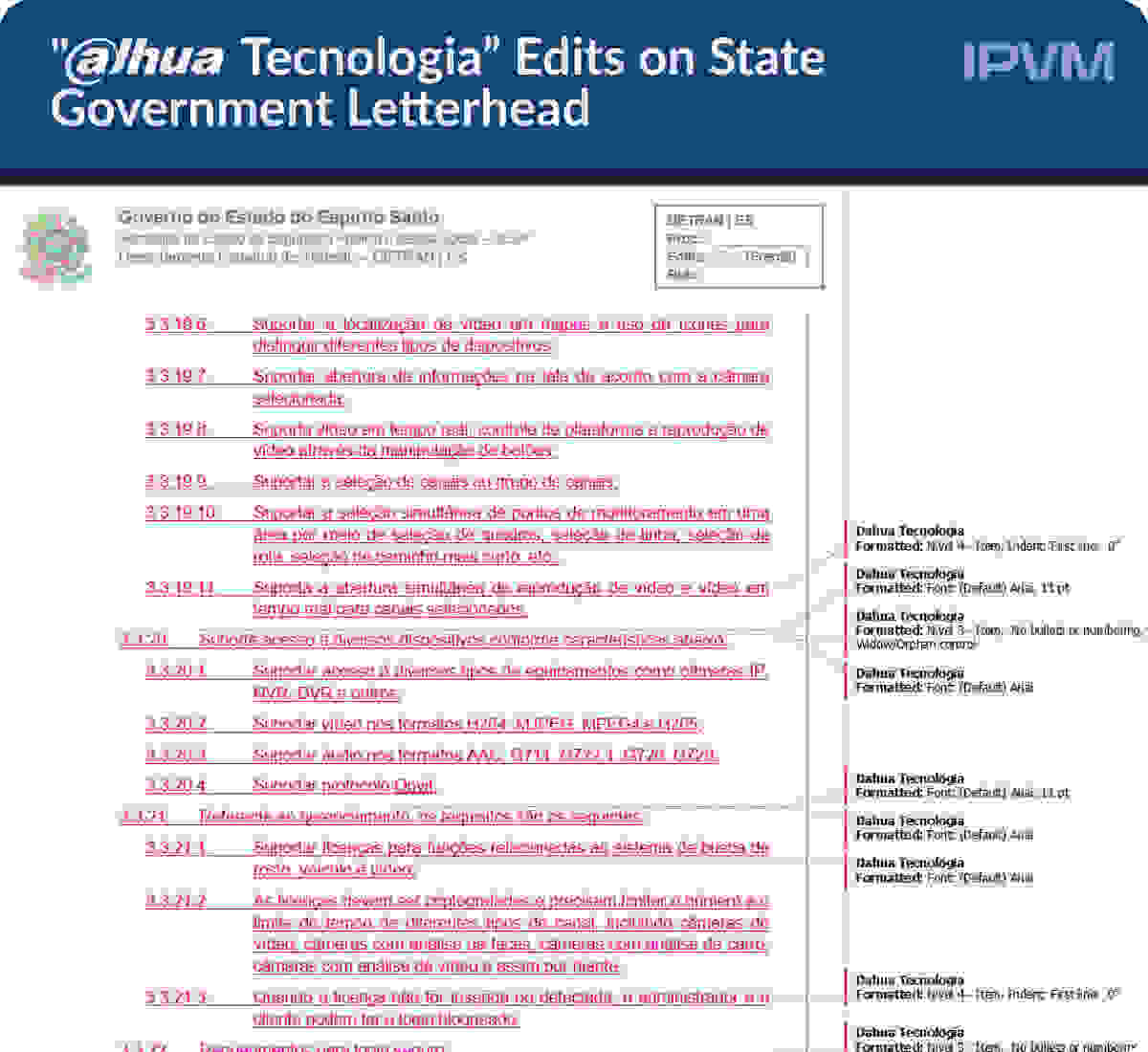 Such heavy edits continue in version 5: 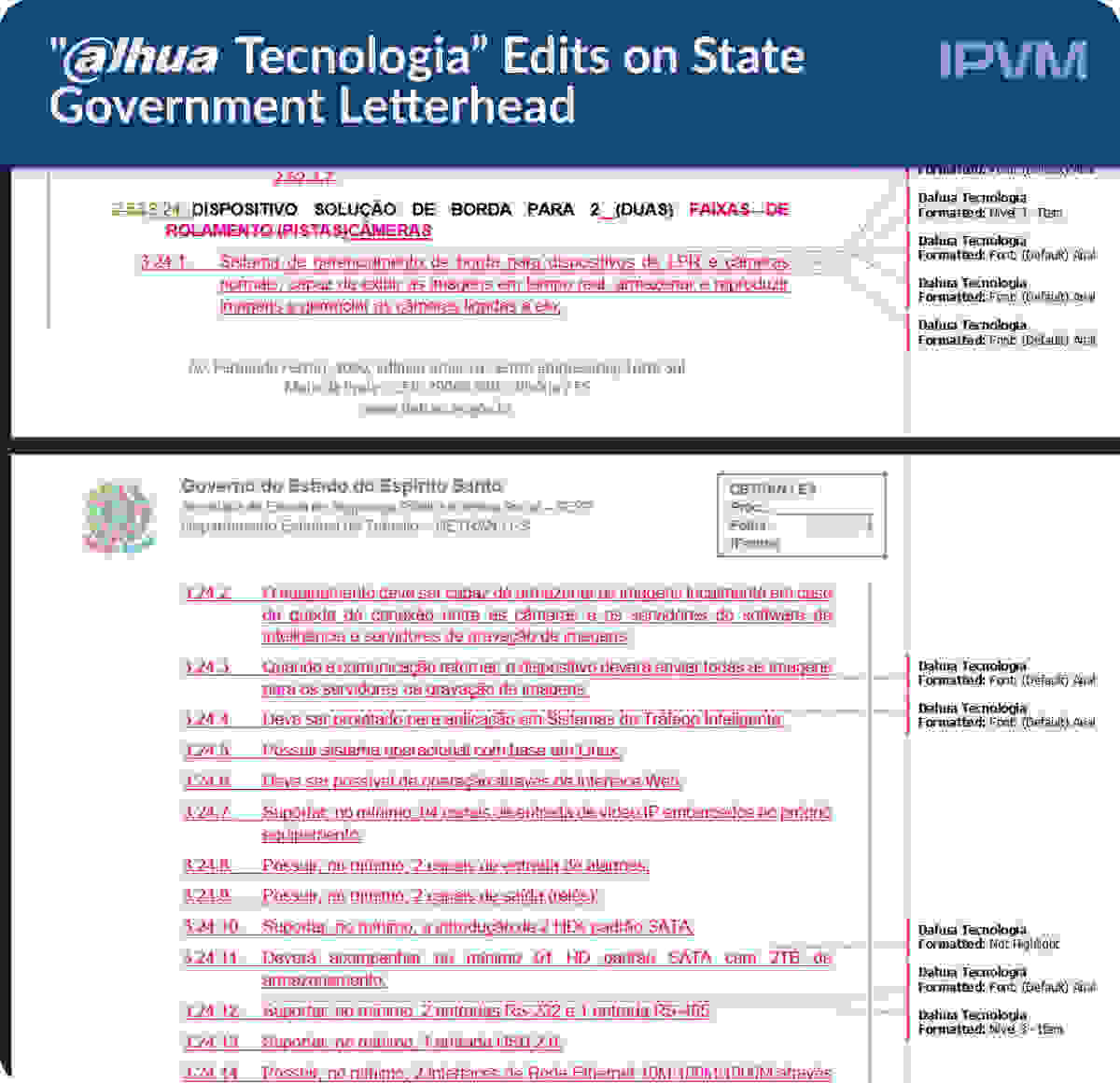 All the way through version 22 with author “Dahua:” 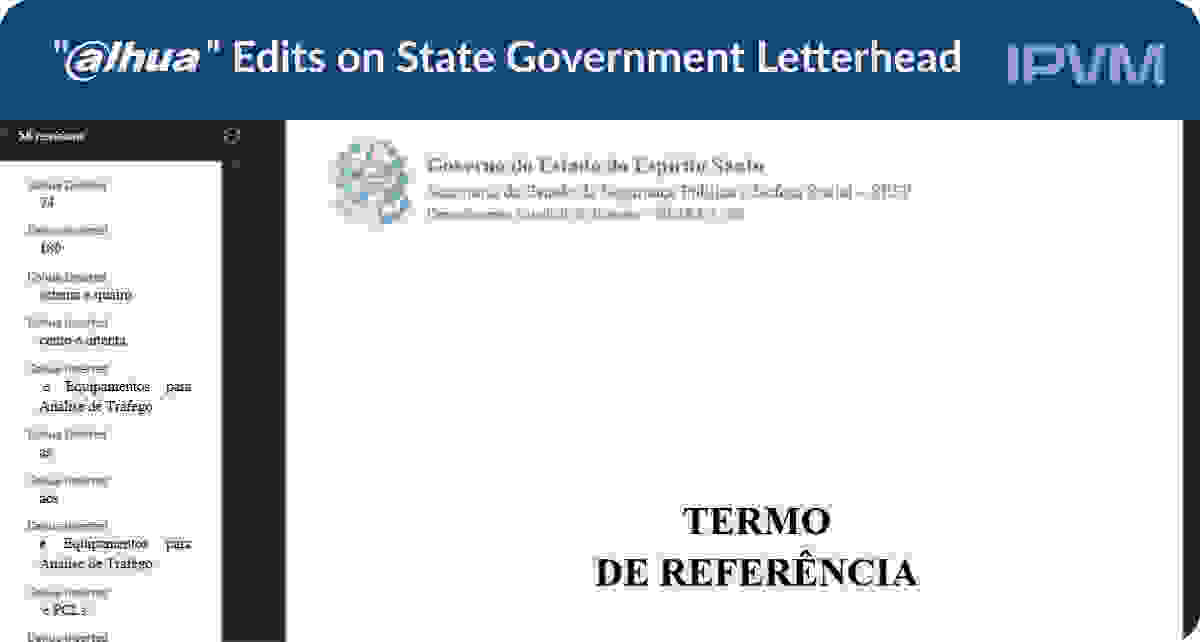 Dahua "unequivocally" denies rigging the DETRAN bid, labeling such claims as “baseless" in an email reply to IPVM dated April 8, the day before IPVM released our last report on this topic: 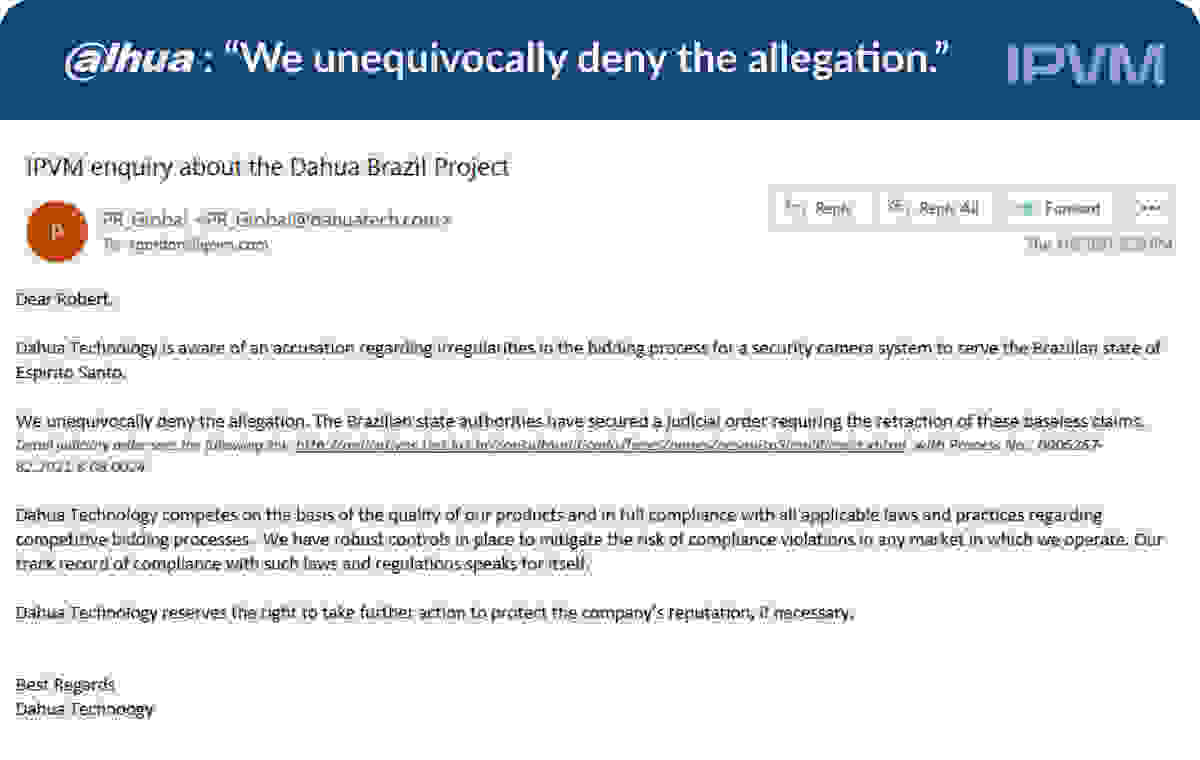 On April 9, 11 days ago, IPVM followed up with Dahua, asking the Hangzhou-based manufacturer the following question:

Dahua USA confirmed to IPVM four days ago, on April 16, that "HQ is aware of your follow-up questions:"

Nonetheless and despite messaging Dahua repeatedly throughout the last week on each of April 12, April 13, April 14, April 15, and April 16, Dahua has refused to substantiate its "unequivocal" denial by addressing this massive documentary evidence and ignored IPVM requests for comment.

Dahua shirks its responsibility to Brazilian taxpayers while ~$24 million USD in Brazilian public funds and the safety of Espírito Santo residents are at stake.

Latin America Video Surveillance Sales Not Transparent Says NGO on Aug 11, 2021
Hikvision, Dahua, Huawei, ZTE, AnyVision, and NTechLabs are among more than a...
Comments (8) : Subscribers only. Login. or Join.