Though cube cameras may be common in online retail stores, they are the least popular for professionals.

In this note, we breakdown unique IPVM statistics on cube camera usage and why they are so disliked.

Only 2% of cameras used by integrators are cubes: 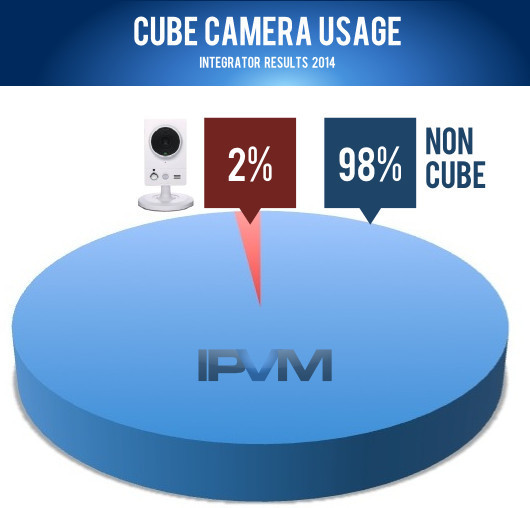 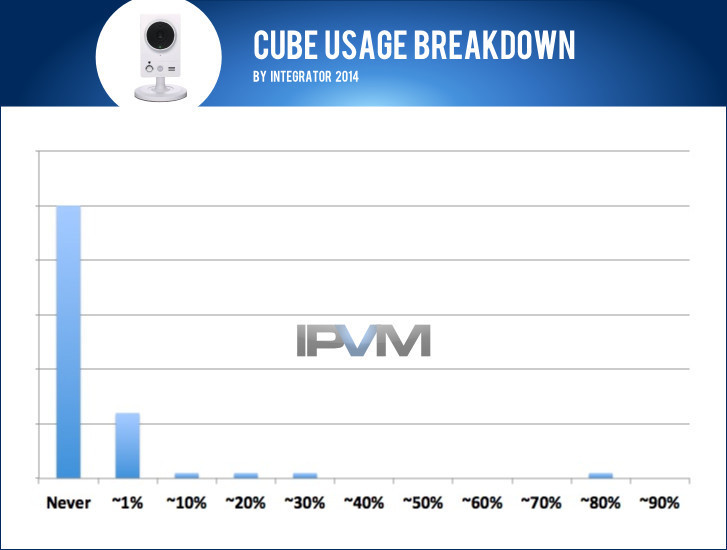 For integrators, it is a combination of poor overall value and bad reputation.

One integrator summed it up, simply, "We are not in the low end video surveillance market."

Another objected, "I refuse to sell a customer a product that looks just like the cheap stuff in the isles of Home Depot." A third added that larger end users see it similarly, "commercial customers don't see this as a good camera."

Finally, one integrator noted that "the only reason we get these is winning them in contests."

So there is little doubt cube cameras are not respected.

The best explanation for why cube cameras are rarely used, on the merits, is from this integrator who bluntly stated, "They are extremely ugly cameras and they typically cost the same as an inexpensive dome or bullet."

While domes are prized for their inconspicuousness and aim concealment, cubes are the opposite. Equally important, many budget brand minidomes are as inexpensive or less than cube cameras (though not all as the exceptions below review).

The most specific objection integrators had about cube cameras was their poor physical design, noting:

There are many other restraints on cube cameras that integrators did not emphasize but IPVM testing shows to be common:

Integrators acknowledged that rarely they do use cube cameras. One group emphasized low cost opportunities, such as: "indoors for SOHO category customers" and "cheap single camera add-ons to a small business sale."

Some larger vendor's lowest cost cameras are cubes and, therefore, if you want a big brand but the lowest cost version, you have to go with cubes. As one noted, "I saw some Axis cubes in an office installed and laughed because that's the only reason one could use Axis because they seem to be the least expensive Axis option."

Finally, the most common reason to use cubes is their frequent inclusion of wireless networking, a feature generally absent in all other form factors. As integrators noted:

Cube cameras are a niche, largely disliked by professionals and unlikely to change anytime soon.

Camera Form Factor Guide on Mar 16, 2018
When selecting surveillance cameras, users may choose from a number of...
Comments (22) : Subscribers only. Login. or Join.