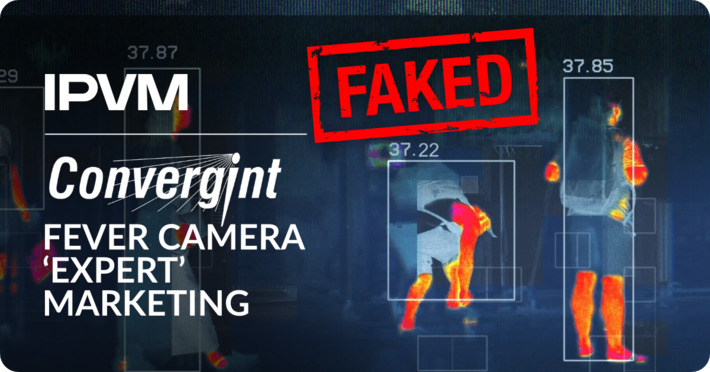 This continues a trend of manufacturers, such as Dahua's faked marketing, that sets unrealistic and improper expectations with the public.

Inside this note, we examine the 5 key errors involved.

Recently, Convergint has promoted themselves "THERMAL CAMERA SOLUTION EXPERTS" with the link - https://www.convergint.com/thermal-camera-solution-experts/, as the screencap below of the webpage shows:

Their promotion shows a variety of misleading and inaccurate depictions of thermal camera usage.

The person whose temperature is measured while tying their shoe is likely the worst example of fever camera marketing we have ever seen. The illustration shows virtually no forehead and no eyes at all. It violates IEC international standards and creates an impression that the technology can do far more than what it can actually even attempt.

#2 - Person With Head Turned To Camera

A close second in bad marketing is the person standing with their back to the camera who is measured at 37.85, equivalent to 100.13°F. Like the tying shoe person, this violates standards and virtually ensures an elevated temperature would never be detected to the contrary of what the reading Convergint displays. It fosters the belief in the public that 'experts' like Convergint claims to be, expect to detect 'fevers' regardless of how people are positioned, even if their back is literally to the camera.

This can cause the public to gain a false sense of the precision of these devices and give Convergint an unfounded competitive advantage (i.e., Convergint delivers 10x the precision as others).

Two people highlighted in the red box are standing at a distance far beyond the 'measurement of less than 2 meters' they advise themselves. The person furthest back is also occluded behind the other. 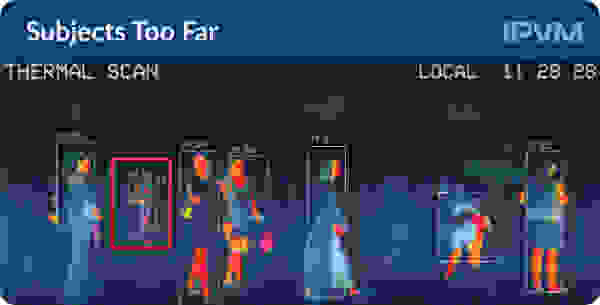 The image gives a false impression that cameras can perform well at this length, and could cause buyers to expect cameras in large open spaces with subjects much greater than the recommended distance away from the device.

Eight people in total are shown being scanned, and the field of view is far too wide for an accurate reading. IEC standards say that individuals should be screened one at a time, but this is definitely not the case in the image. Such a super wide FoV results in very low pixel density which increases accuracy problems and further violates standards. 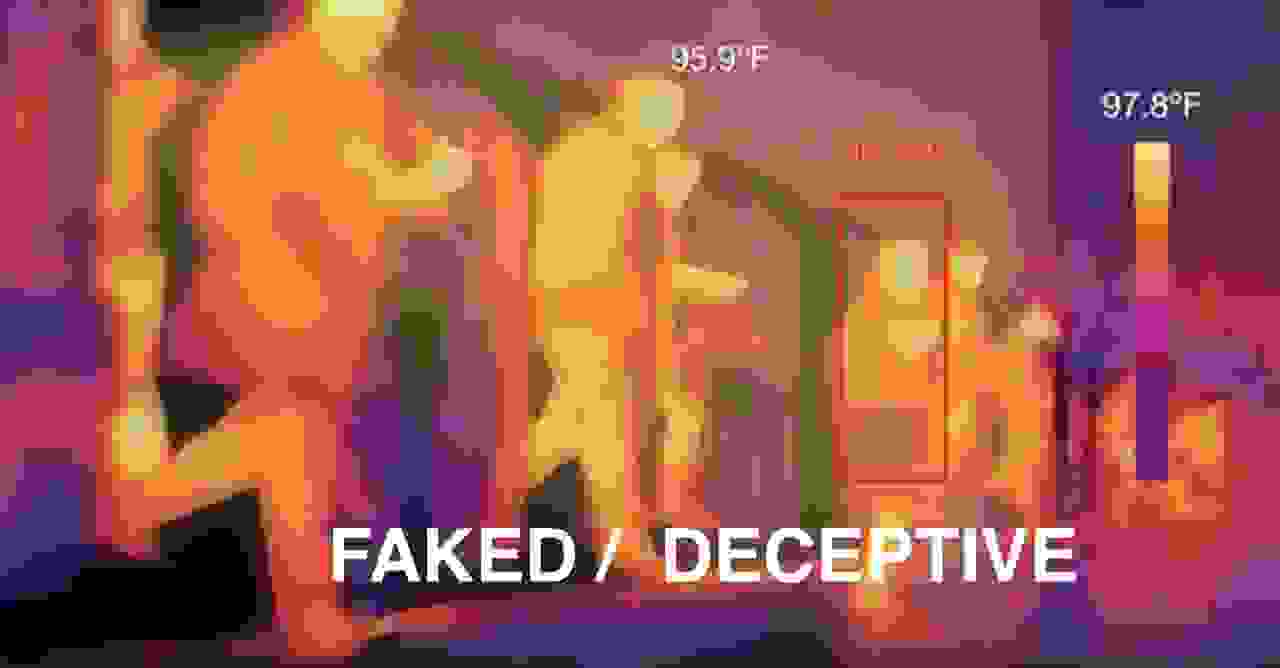 Like Dahua's marketing of people getting off a train, Convergint's image here stands out versus reputable companies showing realistic usage. Buyers, who overwhelmingly have little experience with these systems, depend on 'experts' like Convergint to fairly show how these systems work. By using such an impressive, yet faked, image, Convergint can better attract prospects over companies marketing accurately.

Convergint here is at it again. In May, we called out Convergint for its terrible thermal camera recommendations where they claimed that "Convergint’s Advanced Solutions Team has conducted extensive research" but simply copied and pasted from vendor's websites. The company never corrected those issues.

No Response From Convergint

Convergint did not respond to our questions / concerns and the image is still being used.

The more Convergint, one of the industry's largest companies, uses faked imagery, the more likely the public will wrongly expect these systems to perform in crowds, and with people passively, regardless of how they are positioned relative to the camera.

This rewards companies like Convergint, hurts companies marketing accurately, and most importantly, increases risk to the public while a deadly pandemic kills people and real solutions are needed.

Update, June 17th: It has now been 2 days since we contacted Convergint and they have not fixed the obviously faked marketing. So added poll question: