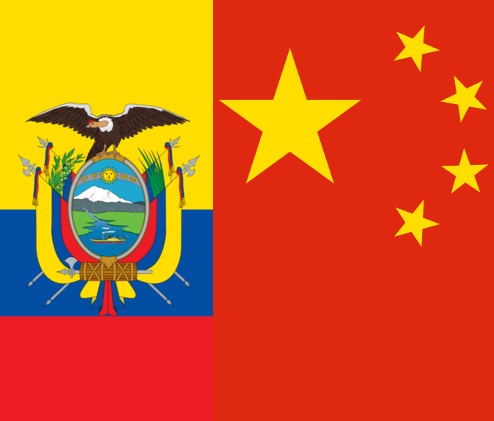 Thousands of Chinese security cameras, including many made by Huawei, are watching Ecuadorians around the clock thanks to an integrated emergency response system designed and built by a Chinese state-owned company accused of massively overcharging for its work.

The Chinese government loaned Ecuador $240 million in 2012 to build a modern 911-style service dubbed ECU 911 [link no longer available]. The system now has 4,145 cameras and 16 response centers across the country and recently made headlines after Chinese state media said it helped reduce Ecuador’s crime rate.

ECU 911’s cameras have been credited countless times for helping police nab bank robbers [link no longer available], assault suspects, and many others. In the capital of Quito alone, ECU 911 receives some 3,000 calls a day.

But while ECU 911 may have substantially improved Ecuador’s domestic security, it’s not been without controversy.

The Chinese state-owned firm which built [link no longer available] ECU 911 and supplied it with its cameras, hardware, and software was accused of large-scale overcharging by Ecuador’s comptroller.

The China National Electronics Import and Export Corporation or CEIEC is a subsidiary of major defense contractor Chinese Electronics Corporation and was the driving force behind ECU 911.

Last year, local media reported that CEIEC and Chinese construction firm CAMC made over $32m worth of entirely unjustified expenses during ECU 911’s construction. It was also reported that some of the projects were shoddily built as a result.

Ecuador’s current interior minister, who supervised ECU 911’s development at the time, said in January that he had fulfilled the comptroller’s recommendations and denied the existence of a report that assigned criminal responsibility to those who oversaw the project.

Ecuadorian media outlet La Posta [link no longer available] had claimed that the report existed but mysteriously disappeared from the Comptroller’s Office. As of now, there are no public indication that a criminal case has been opened.

What is clear is that China and Ecuador cooperate closely in running ECU 911. Some 20 Chinese engineers at the headquarters in Quito work “day and night to ensure this life-saving system runs well,” Xinhua reported [link no longer available].

China hasn’t shied away from heavily promoting its investment, either. President Xi Jinping visited the HQ in Quito in 2016 to inaugurate a lab financed by a $10m Chinese loan.

The lab is a joint Chinese-Ecuadorian operation with employees from both countries. An ECU 911 official told Xinhua that two ECU 911 delegations had traveled to China to learn from the country’s surveillance methods. Another Ecuadorian official told Xinhua the lab was working with “Chinese video cameras” to explore the possibility of using intelligent video analysis.

Such extensive cooperation appears to have achieved results.

The lab has already implemented a mobile device tracking program to help find missing people, according to Xinhua, while the South China Morning Post reported earlier this year that ECU 911 has successfully used facial recognition technology in Ecuador’s two largest airports of Quito and Guayaquil and in the city of Cuenca.

It is unclear exactly which company or companies produce the actual cameras used by ECU 911. However, it appears many of them are made by Huawei.

An ECU 911 document on the Ecuadorian government’s official public expenditures website shows the program bought 225 Huawei IPC6625-Z30 PTZ domes in 2016 for slightly over $3,500 each.

Another [link no longer available] ECU 911 document shows 68 Huawei cameras installed at the Ministry of Education in the city of Machala. 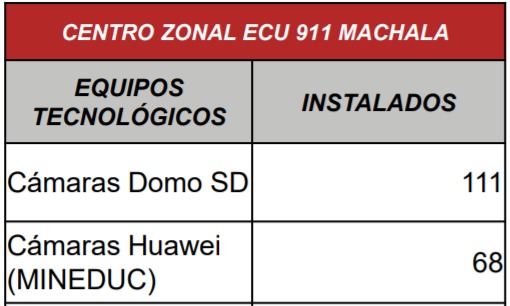 In March 2017, an Ecuadorian business journal wrote that Huawei “developed the technology of public institutions like ECU 911.” Huawei also has an office in Quito.

No Indication Of Dahua Or Hikvision In System

There’s no indication that other major Chinese surveillance manufacturers like Hikvision and Dahua cameras are being used for ECU 911; neither are mentioned in ECU 911’s publicly-available expenditure records. CEIEC has, however, considered buying cameras from those manufacturers before: a tender document on CEIEC’s website lists Hikvision and Dahua as finalists for a 2014 contract to supply surveillance equipment to a major bank in China.

Regardless, CEIEC, Huawei, and other Chinese companies stand to benefit hugely from China’s increasing competition with the US over influence in Latin America. Besides Ecuador, China has exported its considerable surveillance prowess to countries like Bolivia, which received a $105m Chinese loan in 2016 for another wide-ranging surveillance project.

There’s little sign China is slowing down its ambitions in the region. Earlier this year, China invited Latin America to participate in its ambitious One Belt, One Road project.

In a press release, CEIEC said it was building projects similar to ECU 911 in Venezuela, Bolivia, and Trinidad and Tobago. “ECU 911 is a successful example of ‘going global’ in China’s informatization capabilities,” the release stated.

ECU 911 did not respond to multiple requests for comment.