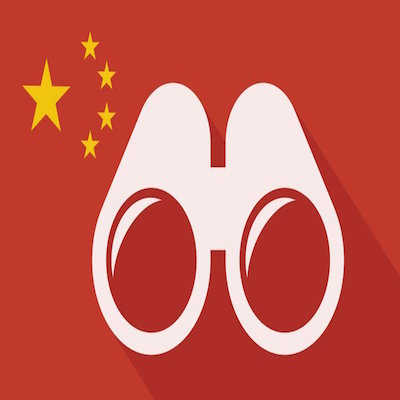 The Chinese government is using video surveillance to spy on churches in China, reports UCANews, explaining:

The [Chinese government] authorities had already sent some technicians to install CCTV cameras starting in 2016 to 'maintain social order,' Father Francis, an underground priest, told ucanews.com. By March 15, all the parishes that Father Francis serves had received installation notices.

This is being done in Zhejiang, Hangzhou.

Neither freedom of religious practice nor speech exist in China though the Chinese government purports to support such freedoms. In practice, religions are monitored and regulated, far unlike the West. In particular, the Chinese government is concerned about any challenges to their power, especially from organized efforts like a Church.

The use of video surveillance will help the government to monitor especially the 'underground church' allowing the government to better identify and track religious people, including their leaders. As one expert noted:

“Xi Jinping has succeeded in extending control right down to the locality, not just at the highest level. This is a big shift. For the ‘underground’ church, the implementation of CCTV will either force groups to find new places to meet, or it will discourage them from attending.”

The Chinese government runs massive video surveillance systems inside China, called 'Skynet' with hundreds of thousands of cameras centrally monitored in various China cities. The government touts the ability to track individuals across areas including using LPR, vehicle and facial recognition. The cameras spying on Churches can be connected into such networks.

A new and independent report on this topic from the South China Morning Post, a much larger publication. Key quotes include:

The Zhejiang government issued the orders to ­churches in Wenzhou late last year and began implementing them before the Lunar New Year ­holiday in January.

The confrontation with the city’s Christian community, which is estimated to number roughly one million, comes three years after the authorities ordered the removal of crosses on top of church buildings, on the grounds that they were illegal structures. Opponents called the 2014 ­campaign religious persecution.

China Aid said churches were told to install cameras at gates, rostrums, offering boxes and ­other places, despite strong ­opposition from churchgoers who claimed the surveillance ­infringed their privacy.

WSJ Investigates China's Total Surveillance State on Dec 26, 2017
The WSJ is continuing its investigation into Chinese video surveillance....
Hikvision: IPVM Is "Destined To Fail" on Jun 14, 2017
Hikvision has accused IPVM of 'cyberbullying' them, declaring IPVM 'destined...
Comments (68) : Subscribers only. Login. or Join.