More than 600 people got sick on a massive cruise ship outbreak in January 2014. While that might have been a record, it is a serious ongoing problem. Every year about a dozen cruise ships have outbreaks. Though it might not get as much attention as people falling overboard, it is a far more common problem.

Now, a maritime health organization is calling for cameras on ships to also be used for infection control in addition to security.

In this note, we review the report and how cameras can help contain an outbreak.

Here is the incident that spurred the report:

A cruise ship’s command center is notified of a “fecal incident” in a hallway outside of a passenger's room. The ship activates its decontamination plan and begins investigating the incident. The ship’s doctor calls the passenger whose room was closest to the incident and she denies any gastrointestinal symptoms.

A manager visits her cabin and presents her with the video evidence. She admits to having diarrhea in the hallway, using towels to clean it up and putting the towels in the pool towels bin.

She is quarantined to her cabin, put under surveillance and kicked off at the next port.

Here's why the incident was such a big deal: Norovirus is a highly contagious virus that is spread by touching contaminated surfaces and ingesting the organism. It’s the most common foodborne illness in the U.S. and on ships. It can survive on surfaces for long periods of time and takes specific precautions to decontaminate.

Within hours after ingestion it can cause constant diarrhea and vomiting that lasts for around three days. The virus stays in human stool for up to two weeks after.

Disease spreads quickly on cruise ships. For this reason, the CDC has a Vessel Sanitation Program that focuses solely on preventing, monitoring and responding to outbreaks on ships.

How Cameras Can Help

Vomiting or diarrhea in a public area can quickly lead to an outbreak if not contained, the report says. People don't reliably self-report symptoms of gastrointestinal illnesses on ships so any additional tools are helpful.

The IMH says cameras can assist in finding and containing potential index cases by presumably quickly catching incidents that could lead to outbreaks or investigating outbreaks once they happen.

Using cameras on ships for infection control is a relatively new practice that has come about in the last six months. It has been used several times to identify people in public vomiting episodes where no person came forward.

"If we have people who are vomiting or find vomit, we can go back on CCTV and see who it was. We use that to match it with the photo they took when they got on board. [Once identified] we can isolate them or if they refuse isolation we can let them off the ship," said Dr. Arthur Diskin.

The reports notes that one company has instituted a policy that all vomiting or fecal incidents are now investigated via CCTV.

Cameras have in the past been used at hospitals for infection control.

Hospitals in New York, London and San Francisco have installed cameras in facing sinks to insure employees are washing their hands. The cameras send alerts when a person doesn't wash their hands and the stats for the day are displayed on a digital monitor: 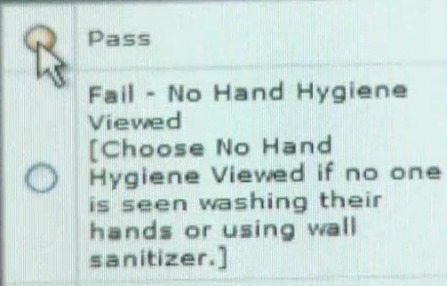 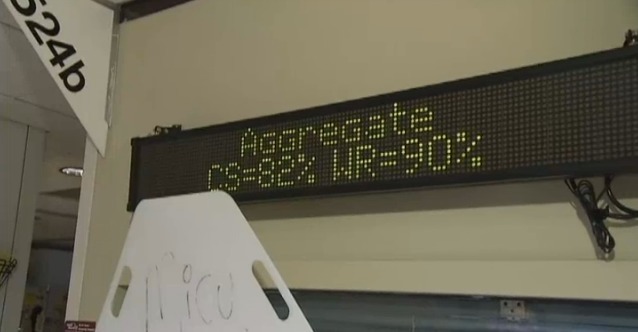 The hospital says the system has helped raise handwashing compliance and reduce infection.