This guide will help you pick the best fixed camera housing for your outdoor surveillance applications. We cover:

For the most part, enclosures are about the same size, approximately 15-20 inches. This typically allows for about 8-10" of usable interior space, in addition to heating/cooling electronics. Smaller enclosures (11-12") are available for compact cameras, and larger enclosures are available, with room to install ancillary equipment, such as wireless access points and routers.

The first factor which must be considered when choosing a housing is its construction. Housings are available in different materials, each with cost/benefit tradeoffs. The typical types of housings most users will see and deploy are: 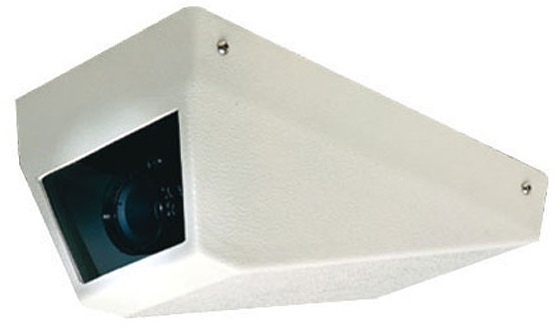 For specific applications, there are a few types of specialized housings which may be used: 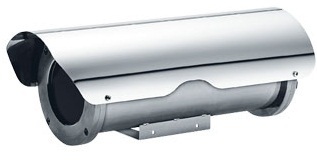 Enclosures today are normally hinged, so that the camera may be accessed from the top. Older enclosures, and some specialized enclosures use a slide, which the camera is mounted to. This is then removed from either the front or rear of the housing, depending on construction. Hinged enclosures are normally preferred, as they allow for better access to the camera while leaving it in place.

Along with vandal protection, climate control is the most important function of the camera housing, as extreme temperatures and high humidity can be damaging or fatal to outdoor cameras. There are four options in climate control, which may be used depending on features at the site:

The most commonly-deployed housings are those without electronics, for mild locations, and those with both heater and blower, for cooler areas. Many camera manufacturers who offer OEM housings only offer these two models, forcing integrators to turn to a third party if other configurations are required.

This image shows the location of the sunshield and blower (in this case located in the bottom, but sometimes located on the rear of the housing): 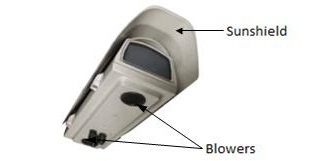 For cameras with electronics on board, such as heaters, blowers, wipers, or other options, there are three options for power:

How cables feed into the housing is a key consideration, for both security and aesthetics. Housing mounts may be of either feed-through or exposed designs:

Housings are available with a few other options, which are only occasionally used in specialized applications: