Our incredibly popular Google Maps Calculator has added floorplans and markups that enable full surveillance designs. Plus, it all ties into our exporting solution enabling you to generate beautiful PowerPoint, Word, and PDF presentations.

This is really an incredible tool, but one obstacle I run into is that of multi-story buildings. I am on a state universuity campus and there are several places where I would like to be able to notate both locks and camera placements on multi-story buildings. Does anyone have any suggestions for this. Even in the VMS's I have looked at that enable the import of maps; street views and single stories are doable, the others, not so much.

Thanks for ay ideas.

Yep, you are right, Rob!

We've been discussing and planning support for multi-story buildings. The basic idea would be to add a toggle between floors and let you move between each one (focus on one, hide the others, etc. It's on the roadmap (medium priority) but we have not determined exactly when we will do it.

Thanks for raising it!

That will be great, and I look forward to it.

I have to say that this site is the place to go for the most helpful planning tools around. Thanks for all the good work.

For the time being until the option becomes available you can just create a new plan for each floor. (I know, not the easiest and most convenient but doable)

1, thanks. That is true, though I also agree that it is not an ideal solution, so we certainly want to build it in.

Will the Mobile be available for Windows Phone also ? I don't have the heart to 'request' it but it would be nice if it did. Otherwise, very nice evolution for a very nice product in itself. Bravo

Unsurprisingly, the focus will be iOS and Android but we have not evaluated how hard or not it would be to support Windows or other mobile OSes. We'll keep it in mind!

When I try to scale a floorplan I can’t enter anything into the width field.

Josh, I just emailed you to see what might be wrong. Thanks.

This is fixed. We made a change on the width control yesterday and I believe it broke it on FF and IE. That is now resolved. Thanks for letting us know.

This is a great tool. I use the calculator on a daily basis.

One addition I would like to out forth is a quick label function for the cameras. Such as when I pick the camera from the list to add on to the map, and then add it, it would be awesome if that info could be easily tagged on the map with the specific camera.

For example: Selecting a HIKVISION camera DS2CD2132-I with w/ 4mm lens, that tag could be put beside that specific camera.

That's very clever, Derek! I like it. We'll put that in queue.

New feature: We have added locking to markups as well. This way, if you create your own floorplans/layouts using markups (rectangles, polygons, lines, etc.), you can lock them down and more easily overlay cameras on them. This was a member request.

Is there an undo button I am missing? Also, the label text I added shows as super huge. Like covers up the entire plan huge. Anyway to edit the font or delete the labels that I already added?

Ross, sorry about. I believe you about the super huge label but I can't reproduce. Can you send email me a screenshot (john@ipvm.com) of that so we can figure what is causing it and fix it. 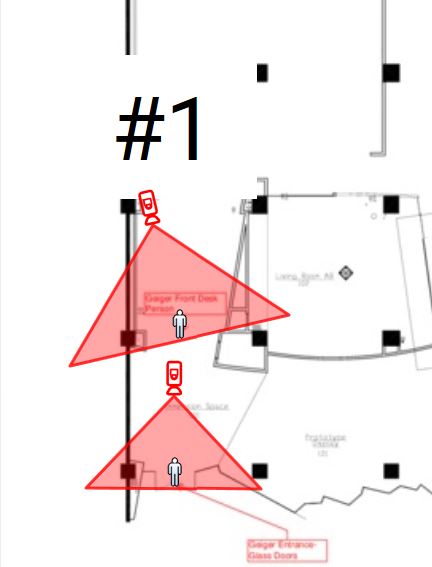 When I initially put the numbers on they looked small and correct. When I saved they turned in to that and that is how it looked for everyone. I did manage to delete the notes, numbers and other text I put on, but before I deleted this one wanted to show it. I am guessing I am doing something wrong, but the bigger I made the floor plan the bigger the text boxes became. Did this in IE and Firefox. Should I be using Chrome for this?

Sorry, but as I use this I continue to think of things! I would like to select which order the cameras show up on the PDF (which is the ONLY output that works for me by the way) as opposed to using the order I placed the cameras. Printing the cameras in the order I originally placed them on the map is confusing on the output.

I'm not sure if this was already addressed, but does the calculator take into account the elevation of the camera and the 'dead' zone below it? We're using the calculator tool for looking 250'+ feet and we're worried about overshooting targets.

Patrick, we do not factor in height / elevation for camera positioning. We may add it later this year but it is not determined / committed currently as it is a mid level priority.

You can use the Axis Site Designer elevation tool to help you now. It does not do layouts overall well but it has a very nice elevation / height visualization tool.

Thanks for writing back...we'll take a look at the Axis Site Designer to see if we can use it in tandem with the IPVM Calculator.

Are there specific models you are trying to calculate? If so, let me know and we can add them in.

We will add in 1/2.8" because there are many cameras that use 1/2.8" but I am not sure about 1/2.9" as few cameras use that and there is a tradeoff on the list getting too long. This will likely be next week as we are rolling out a complete new front end this week.

As for one camera causing another to change to the same imager, I cannot reproduce. This is what I did:

Can you tell me if you did something different so we can understand what happened?

I'm comparing different Longse cameras - so they are (understandably) not on the list.

I am able to reproduce the bug on two platforms - windows 10 and linux. I will send you a PM with the permalink so you can research.

Jim, We will do Longse! (cringe :) Seriously, we will add Longse. Their emails are super annoying but I am sure enough use them to make it worthwhile.

If you have a model list from Longse or just the specifics models you are using, email me (john@ipvm.com) and we will get them added today.

1/2.8" is added to the calculator. We still need to get some info from Longse as their public documentation tends to be incomplete. Any chance there could be an addition that allows us to "draw" walls and other impenetrable objects that then "stop" the coverage area? That way if something is covering a hallway, the coverage on a wide angle camera doesn't spill over the walls and start showing coverage of the exterior walkway.

Matthew, Yes, we agree. It's on the short list of planned list upcoming features. Right now, we are about to release a beta of the new Calculator 'platform' and then we expect to add that feature a few months after.

That's great to hear, it's already an incredibly useful tool but that has been the only negative feedback that I have gotten from customers is when that coverage spills over (especially for some of the less technically savvy people in the presentation rooms that don't realize that any coverage that shows through a wall isn't really coverage).

As I was thinking about it, would it be feasible to have an adjustable IR coverage beam? One that had a maximum end point, but could be drawn closer (for similar reasons as above, so the IR coverage only goes as far as the video coverage would, and it minimizes image stretching caused by that going far off of the floor plan by some of the high quality IR cameras).

Much appreciated as always!

would it be feasible to have an adjustable IR coverage beam? One that had a maximum end point, but could be drawn closer

With the 'wall' feature, that definitely makes sense, that is cut off the IR 'bream' / red line.

I need to think about cutting off the IR red beam for non-'wall' situations. I do see the benefit of making longer red lines less cluttered but it would also provide less information. I filed this as an issue to consider it. Thanks. 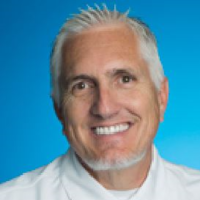 I'm not sure but I think this is inaccurate, yes?

Maybe there should be a value stop. :)

That's obviously inaccurate though I am not sure how many people are going to pick a 27,000 meter lens, which overwhelmingly users will understand is not realistic.

That said, we are looking at ways to show a limit and message for the very rare case when a user is picking obviously impossible distances. Thanks.