The key challenge in designing and using 180 and 360 cameras is to determine how far can they deliver meaningful details.

Their upside is that they can see 'everywhere' or, at least, an incredibly wide area. But the downside is that, spread out such a large area, discenible details fall off much faster than conventional cameras lenses.

IPVM has added a new feature to automatically calculate coverage areas and estimated details for both 180 and 360 degree cameras.

Now, simply type in 360 into the AoV field of the Calculator. For example, it shows at just 30', the PPF will be a terrible 10.9, showing a special FoV preview and the PPF preview in the bottom right (click on image to launch calculator at 180°). 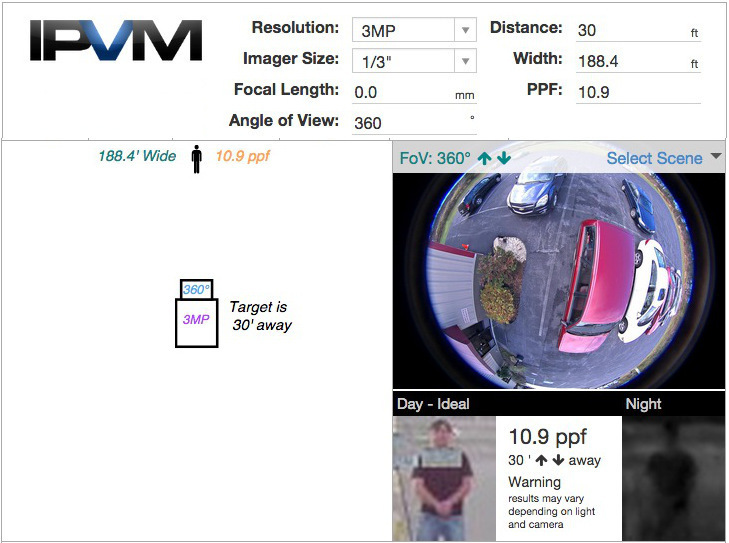 The same approach works for 180 cameras, as shown below: 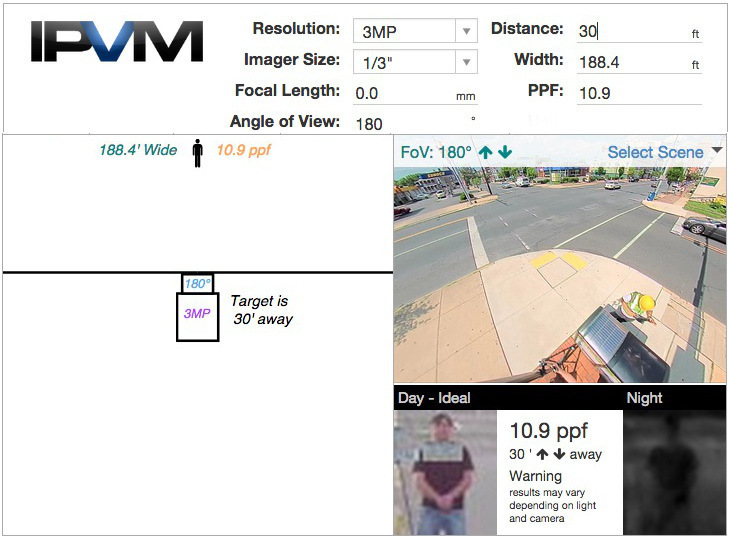 The math for 180 / 360 cameras is different from traditional lenses. Those typically create a triangle but 180 is essentially a straight line and 360 has no 'lines' or 'edges' on the horizontal FoV.

The solution we found, verified by our 360 and 180 test results, was to use the formula for the circumference of a circle (i.e., 2∏r, or 6.28 times the distance the target is from the camera). When one enters in 180 or 360, we switch equations used to calculate.

The benefit is now you have an easy way to see the limitations of 180 and 360 cameras. Experienced professionals already know that 180 and 360 suffer over even modest distances, now you can easily calculate and share those results.

The PPF / PPM Video Surveillance Guide on Dec 23, 2016
Pixels per foot / Pixels per meter is the most fundamental and valuable,...
Comments (12) : Subscribers only. Login. or Join.