With box cameras on the way down and domes up, how much are bullet cameras actually being used? For what applications?

Here we share results from our exclusive integrator surveys to answer these questions.

Though bullet use is on the rise, only about one out of every eight cameras integrators deploy is a bullet: 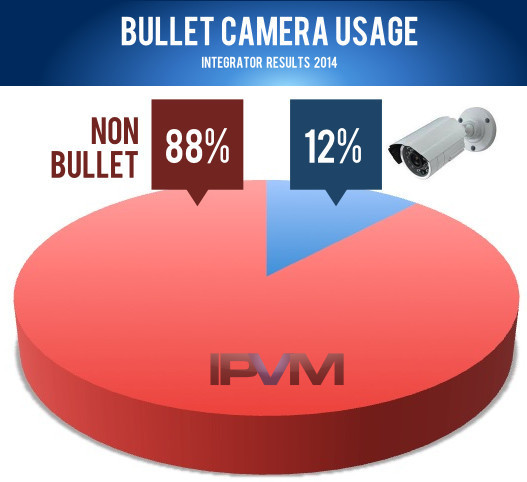 Few integrators use bullet cameras more than 20% of the time, with only a small number using them for the majority of their cameras. 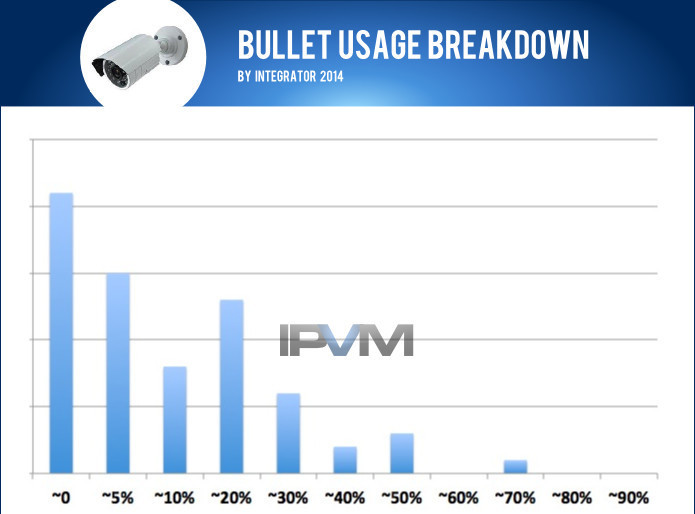 Bullets are most favored outdoors by integrators:

Some specifically mentioned that bullets were replacing box cameras, outdoors as well as in, due to their smaller construction and easier mounting in outdoor locations:

Finally, some mentioned license plate recognition/capture as their main use for bullets:

The main complain of integrators against bullets was that they are too easy to tamper with, changing the camera's intended view:

A small number of integrators also had complaints about the aesthetics of bullets: