Brand Your Own Dahua and Hikvision Cameras - Pros and Cons

Integrators, want to brand your own cameras?

And not only the cameras but branded data sheets, branded boxes and branded web interfaces?

Inside this report, we review an offer, looking at the pros and cons of this approach.

By selling and branding these products as your own, is there any hidden legal issues that could come up? Who supports the warranty, regulatory issues, or anything else like that? A small integrator might not worry about that, but is he taking on any unforeseen risk? 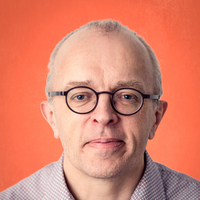 I've done this with Longse camera's. They're up and running for a while now with no issues so far (fingers crossed)

i don't claim we produce them ourselves, i tell my customers these are Chinese and not nearly as good as Sony or Axis for example. However, on a typical 20 camera project, on at least galf of the camera positions these will be more than good enough (e.g. Parking lot overview).

what if it fails after a year? Well, ill mount another one and throw the defective one in the litter bin (or bettee, recycling park). As long as they're not all failing i see no issue.

By the way, a trip to your customer to replace one might even get you some new orders. Nothing better for that than keeping close contact and delivering good service.

As long as i don't need to change them all multiple times, i'm ok and i'm confident that won't happen. These are cameras, not space shutles right

I suppose it depends on your (or your customer's) threshold for service costs. I'm pretty sure if all of cameras make it through our warranty period it's financially viable for us, but it's not exactly good for to have a site running with a 95% failure rate a years after we leave it either.

Why would you bother rebranding them if you're telling the customer they're imports anyways? It seems like Hikvision branding would carry more "cred" than ABC branding.

It seems like Hikvision branding would carry more "cred" than ABC branding.

He should rebrand the Longse's as Hik, that'll keep everyone guessing...;)

We have several customers who building a brand is very important to them. This has been a great hit with that type of customer. As far as warranty goes, from what i have seen, our customers simply duplicate the same warranty to their customers that we give them so it works out pretty good. They get branded equipment supplied and warranted here in the USA.

As far as companies saying they are manufacturers when they really arent, i have always found this comical and somewhat desperate. We certainly have never claimed to be a manufacturer and to my knowledge none of the customers we do the branding program for claim that either. From what i have seen, most end user customers dont ask who the manufacturer is other than large projects.

Why would you bother rebranding them if you're telling the customer they're imports anyways? It seems like Hikvision branding would carry more "cred" than ABC branding

It's free publicity. You've got your logo and company name visible to other potential customers. Nobody needs to ask 'Where did you get your cameras?'

And hence yes, the quality should be good. If someone does ask about the cameras, i wouldn't want the customer to have to say something like 'well they're ok as long as you replace them every year and don't mind the useless images'.

To (smaller) end users, the brand is not interesting. The whole setup isn't interesting. They don't mind the technology behind it, they do mind about solving their issues at a reasonable price whatever brand you use.

Hikvision might think they're a big brand and name but to 90% of end users it just means nothing. Even Axis has no name recognition to (smaller) end users. Sony and Panasonic do but that's because the have a TV at home of these brands, not because they know their CCTV products. So as long as i don't start selling my own branded TV sets, i'll just stick to branding the camera's :-) 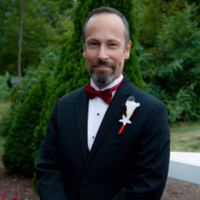 As a direct wholesaler of Uniview products, I have had clients ask if we can rebrand to their model numbers. Yes, it helps with the brand but when you're dealing with Hikvision and Dahua, everyone sells it.

If a smaller company is trying to make a name for themselves, they use a brand name but if the end user googles the model number and realizes they could have purchased the same Dahua camera off of Amazon for 20% less...so they rebrand to bring the business back to them and not to Amazon.

This isn't one or two clients, this is more like 15-20...for that very reason, to protect their margin.

This article is part of IPVM's 6,800 reports, 913 tests and is only available to members. To get a one-time preview of our work, enter your work email to access the full article.