In this report, we share our results of the BOSCH HDR HD Dinion [link no longer available], NBN-932V. Compared to the Bosch NBN-832 we tested last year, the 932 adds in WDR (which Bosch refers to as HDR).

The NBN-932V perform comparatively well under a wide variety of lighting conditions, including low-light and wide dynamic scenes. This is especially true considering its bandwidth efficiency. However, it is expensive. Those seeking only WDR performance may be served equally well by less expensive competitive models. Additionally, if true color is especially of concern, users should make sure the 932's desaturation is not an issue before deploying.

In our WDR shootout, the NBN-932V performed best among cameras over 1.3MP. Other 1080p and 3MP cameras, such as the Panasonic WV-SP509, the Sony SNC-CH240, and Arecont's 3116DN were so dark the subject could barely be detected, if at all. The Avigilon H3 series performed better, but was still markedly dimmer than the 932V, as seen in this comparison. 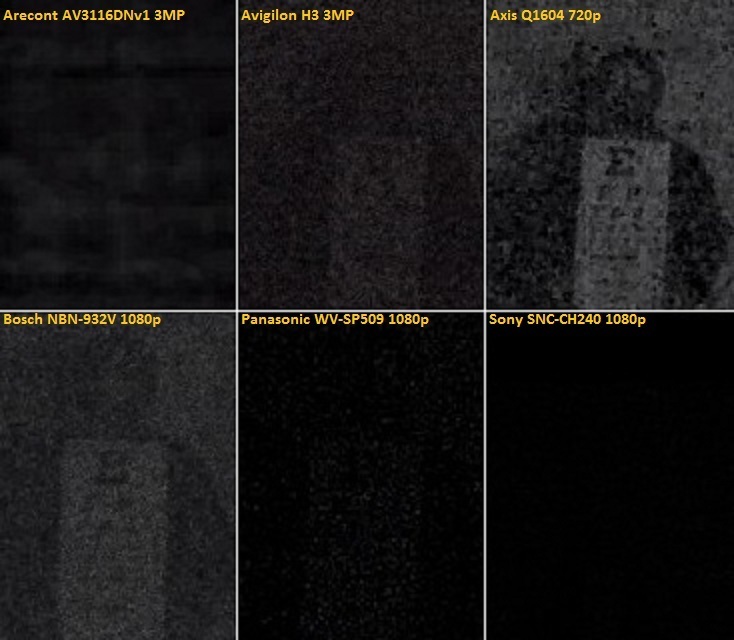 We tested the NBN-932V's WDR performance against five competitors in our 2013 WDR Shootout. We found that performance was solid, but not quite on part with some top performers in the test. These example images show performance in a garage scene, with an overhead door open with strong sunlight behind the subject (click for larger versions). In this shot, we can see that Bosch is noticeably darker than other cameras, but letters on the chart and facial details are still revealed. Outside, through the door, details are crisp.

With the subject standing in the darker area next to the door, details are lost.

The most notable negative against the NBN-932V is a noticeable desaturation in the image, illustrated in the comparison below. All other cameras in this scene have color issues, as well, displaying varying levels of desaturation, oversaturation, or tint, but Bosch is noticeably more desaturated than others. In this scene, the Axis Q1604 displays the wall and chart colors most truly, with Avigilon closer to life on the subject's face, clothing, and hair. Adjusting image controls in the web interface may moderately compensate for the 932's desaturation, but not 100%.

Bosch addresses this desaturation with one of their modes, named "Vibrant", which may be selected through the camera's image quality settings in the web interface. This mode increases saturation, contrast, and sharpness, and does provide modest improvement in color representation. This difference can be seen in these comparison images: 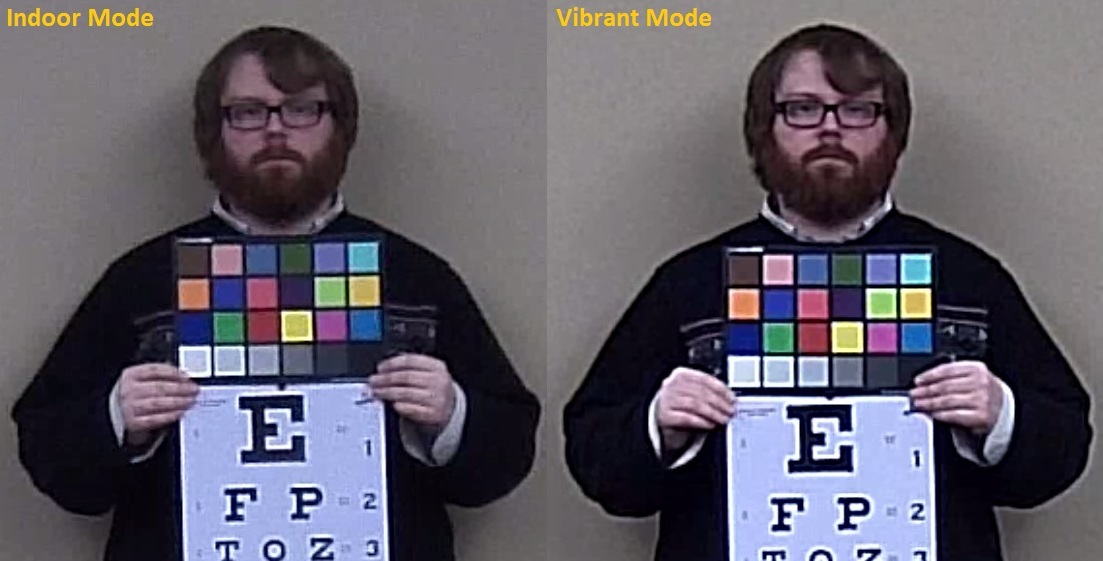 The NBN-932V's bandwidth consumption was generally lower than other VBR cameras in our test (Only Sony was CBR, 4 Mb/s). All cameras were set to VBR mode with a 12 Mb/s cap in our test, to provide substantial headroom before the cap was met.

Iin our daytime scene, bandwidth was as follows:

At night, bandwidth increases, but is still low relative to all cameras but Panasonic. Note that the WV-SP509 was producing a very dark image, and thus transmitting less information, which may account for the significant drop in bandwidth from day mode.