4K promises more pixels but does it undermine WDR and low light performance?

We tested the Axis 4K camera and there were certainly issues.

Now, we tested the Bosch 4K camera, the Dinion IP Ultra 8000 against the 4K Axis P1428-E and Arecont 10MP AV10115DN as well as Bosch's own 5MP and 1080p models to see how it compares in full light, low light, and WDR scenes, and determine what tradeoffs come with this jump in resolution.

Here are previews for low light: 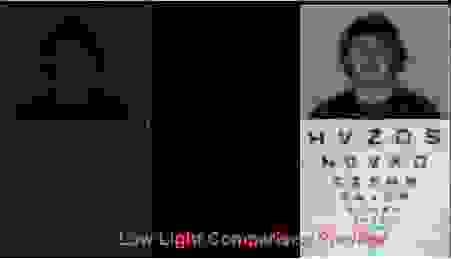 And a preview for a long indoor daytime hallway: 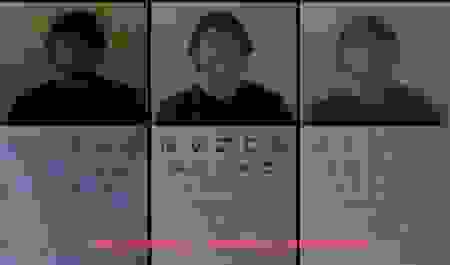 And, finally a preview for WDR:

The Bosch 4K camera is appealing for those who want strong overall image quality (day, night and WDR) yet can stand the much higher price and the lack of varifocal lensing.

Though the Bosch 4K camera is strong in low light, it is not the best so if low light is a top concern, either look to a lower resolution, 'super' low light camera or add external IR (though that would bring the total cost of camera and IR to close to $2,000, an expensive sum).

Finally, if you choose to use the full 12MP, make sure that it works with your chosen VMS and client PCs, given the problems we faced.

In the video below, we review the construction of the NBN-80122-F6A, most notably the fixed lens included with the camera. This lens is focused at the factory and is not user serviceable. Bosch claims:

"The camera’s high resolution and therefore increased sensitivity combined with our goal of best image quality resulted in the solution of a factory mounted and tuned lens. We ensure maximum sharpness and resolution by optical alignment in production. This also allows control of the lens characteristics to deliver the best image quality."

Plans for interchangeable lenses are in place for "next year." Note that even if users remove the locking ring and lens, no DC auto-iris connector is provided, so only manual iris lenses may be used.

The web interface of the NBN-80122 is very similar to other Bosch cameras, though its appearance (layout and color scheme) has changed in firmware 6.00. Notable differences include: 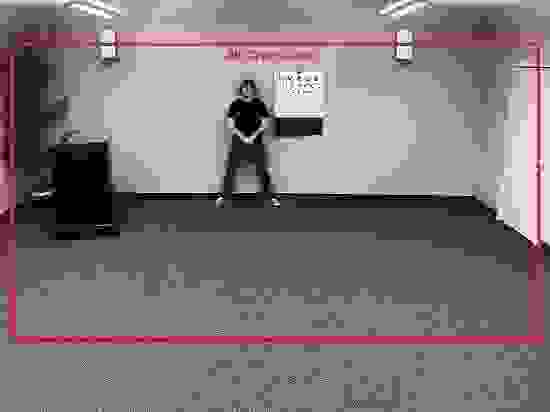 However, we found this stream unstable, with Genetec Security Center the only tested VMS able to display it. Exacq and Avigilon were completely unable to display the 12 MP stream, and video in Milestone XProtect was choppy, with about 4 second latency.

Exacq had the following feedback on this issue, noting that they expect it fixed in their next client release:

...the 12MP stream from the Bosch camera uses h.264 Profile 5.2 encoding parameters. This is the first camera to use this profile (that I know of), and basically the decoding libraries built into our exacqVision client don’t handle it. Now, if you happen to have other external decoding libraries installed on the workstation that can handle profile 5.2, the exacqVision client will use those and decode it.

In short, some client machines with these external decoding libraries in use may work. Others will not.

We began by testing the cameras in our typical narrow FOV to check full light annd low light performance. 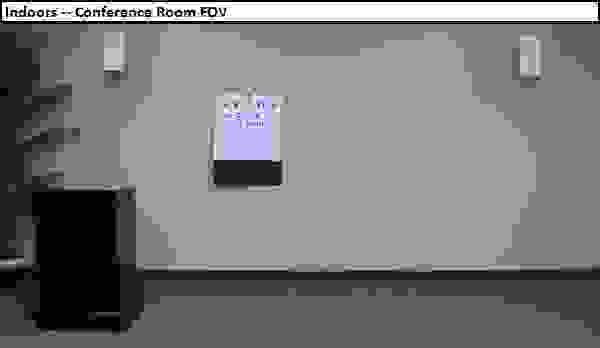 In full light, the 4K, 10MP, and 5MP models deliver similar details of the subject due to their extremely high PPF. Fine differences were noticeable in very small text seen on the test chart, with the NBN-80122 legible to line 10, while the P1428 is legible to line 9. 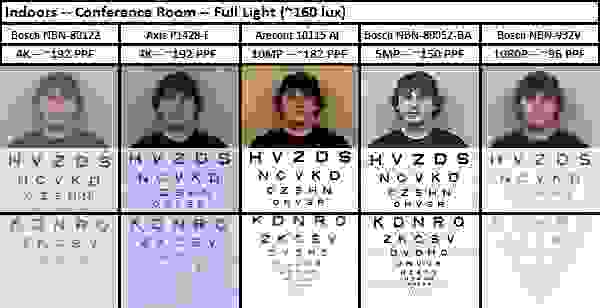 In low light, ~0.2 lux, the NBN-80122 produces brighter images, though with increased noise compared to the P1428-E. The NBN-80122 provides better legibility of the test chart, easily to line 4, though neither 4K camera produces usable images of the subject. The Bosch 5MP is easily the best performer at this light level, with usable facial details of our subject as well as better chart legibility.

Next we tested the cameras in a wider, ~50' HFOV to see how performance varied, seen below.

In this field of view, the NBN-80122 edges out the P1428-E in chart legibility, though neither provide usable images of the test subject. The Bosch 5MP starlight camera is the only camera delivering this at this range, due to its combination of high PPF and light handling in this darker area where the 4K and 10 MP cameras falter.

We tested WDR performance against strong backlight and the dark area beside it, seen here in the NBN-80122: 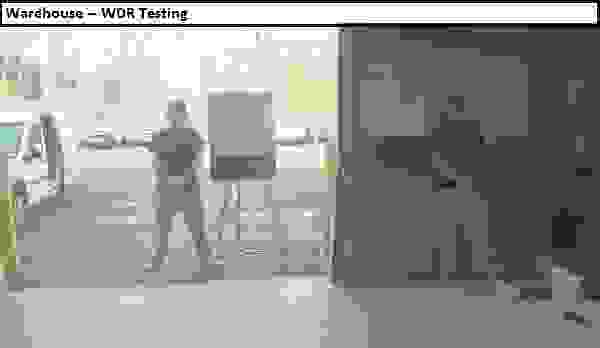 The NBN-80122 was one of the top performing cameras in this scene, and one of the top performers in any of our tests, with images in the dark portion of the FOV next to the door nearly as bright as other portions of the scene. There was some loss of contrast which slightly reduced details, but overall the test chart and subject are most visible in the Bosch 4K UHD model. 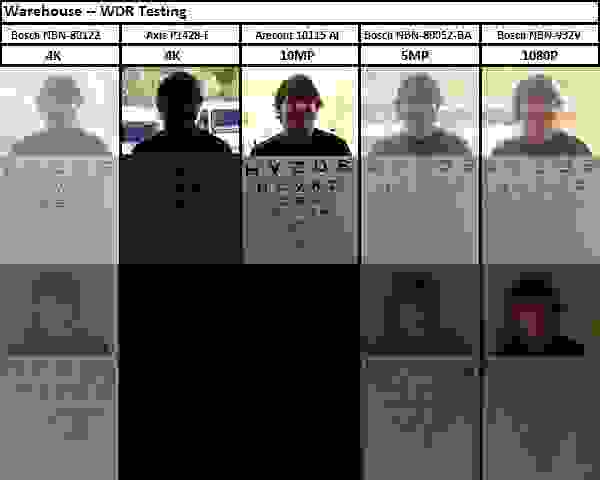 We tested bandwidth in two scenes, our indoor low complexity scene, with all cameras standardized to 5 FPS, and and outdoor high traffic roadway with cameras set to 30 FPS.

At all light levels indoors, the NBN-80122's bitrate was higher than the Axis P1428-E, though still relatively low.

Outdoors, viewing passing cars on a busy roadway, the NBN-80122's bitrate is again higher than the 4K P1428-E. In this scene, however the 5MP NBN-80052 is highest, in part due to details in darker areas of the scene which other cameras did not display. 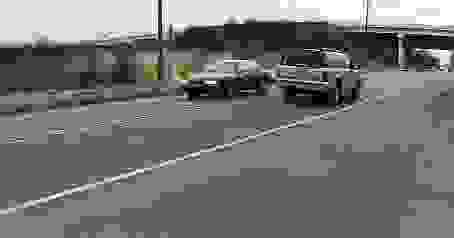