Cameras are going up everywhere, so it was only a matter of time until people would anticipate a market for anti-camera technology. There’s already hundreds of forums online dedicated to spotting cameras, beating them or just destroying them. But in the future there may be a commercial product to help avoid them, brought to you by a group of inventors that includes Bill Gates.

Last month, a group of inventors including Bill Gates, filed a patent application for an “Unauthorized Viewer Detection System and Method." The system is for detecting cameras and alerting a user of their presence.

From the patent’s summary:

The technology would adjust the content on a user’s device (cell phone, tablet, iPod, ATM machine) based on the presence of a camera as detected by the camera on a device: 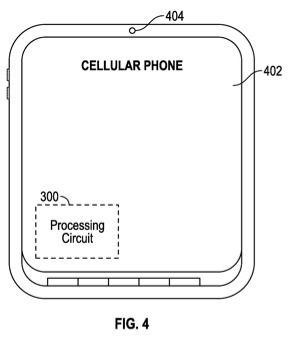 How It Would Detect Nearby Camera

Here is how the patent says it would detect cameras:

“Utilizing a sensor (e.g. a camera attached to the device, radar sensor, micropower impulse radar (MIR), light detection and ranging technology, microphone, ultrasonic sensor, infrared sensor, near-infrared (NIR) sensor, or any other sensor that is capable of measuring the range and/or position of objects) the intruder or camera may be detected...”

An illustration from the patent: 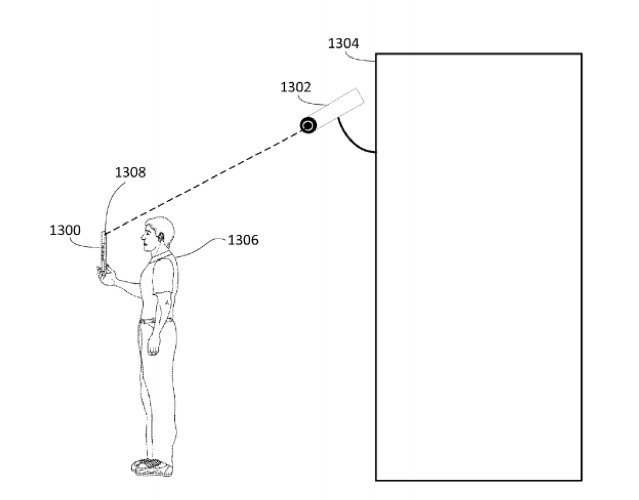 Doing this consistently, of course, is easier said than done, especially automatically, in a small form factor, unobtrusive to the user, who presumably is not focused solely on spotting nearby cameras (e.g., see Sweep For Hidden Cameras And Listening Devices?).

How it Would Protect Against Viewing

Based on the “visibility envelope” the screen on a table (or other device), the detecting technology will use an algorithm based on the location of the camera to determine its ability to see the screen or not. If the algorithm thinks a camera can see the screen, it will modify the display so its obscured.

This is the flow chart of how it would work: 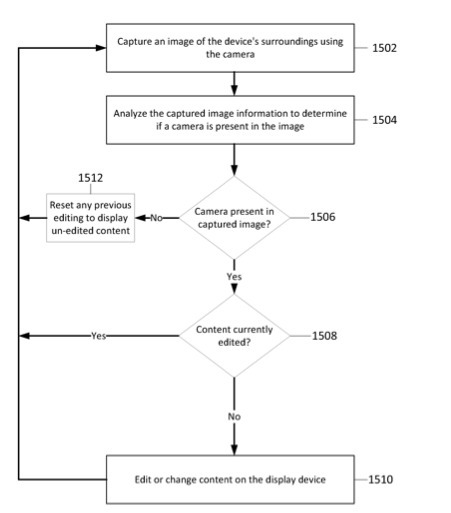 A device like this could be popular if it could actually be made, operated without much intervention and was affordable. For people who absolutely hate cameras it could make them feel more secure. For example, there is an app for Google Glass, called Watch Your Privacy, shows Glass users where cameras are based on an existing database and estimates the camera's field of view. However, unlike this patent, that app depends on manual records of known cameras.

Gate's involvement and the growing dissatisfaction with Google 'glassholes' make this a popular news story. However, like most patent applications, actually delivering something that works and delivers value for this type of scenario is technically quite difficult and unlikely to be delivered.