How does this sound?

"Need to transmit a camera wirelessly through a forest? No problem, simply spray a little paint on a few trees and instantly you will have a perfectly reliably wireless link. Line-of-sight could become a problem of the past if a coat of paint is all you need to relay signals through buildings, trees, and other obstacles."

Amazing? Perhaps too good to be true?

Not for IFSEC Global who recently trumpeted the technology!

Here's the 'manufacturer', Chamtech [link no longer available], demonstrating it in action: 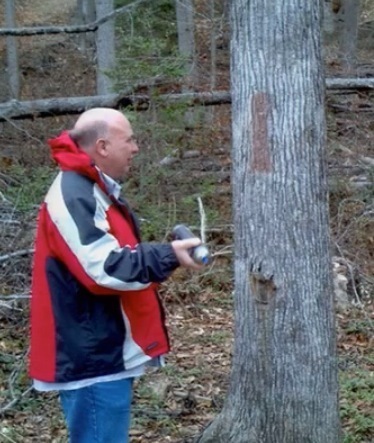 Unfortunately, not only is the technology likely flawed and the company questionable, IFSEC has completely misunderstood its real world application for surveillance.

That's pretty much it for information on this 'technology'. The video appeared early in 2012. There has been essentially no new information or developments since (a huge negative to any real journalist or researcher).

Across the Internet, technologists have pummeled this (from AnandTech [link no longer available] to PhysOrg to TheRegister). Comments include:

The original manufacturer promotional video focused on 'simply' boosting wireless signal strength, with 'test' results only from the manufacturer / marketer itself.

Bizarrely, IFSEC's post not only cited those tests as proof but then took another huge illogical step that you could "relay signals through buildings, trees, and other obstacles."

Unfortunately, even if you had 'spray painted' antennas all over a forest, you would also need radios attached to them, and power to those radios, and you would need to deal with proper RF design, not simply letting those radios transmit all over the place.

As another wireless manufacturer lamented to us:

"We have a hard enough time selling wireless technology with all these idiots out there, but this type of thing makes it so much worse."

So please, whatever you do, do not spray paint trees. Be more like Join Muir than Sean Parker.