Typically, a camera's sensor resolution and stream resolution are the same. So a camera with a 3MP imager supports a 3MP stream max.

However, sometimes the actual stream resolution supported is significantly less than the imager resolution. Worse, some manufacturers try to obscure this to make their cameras look higher resolution, causing confusion and disappointment for users.

Panoramic cameras are the most common example of this problem. In this note, we explain the differences and the risks involved.

Since fisheye cameras produce round (or elliptical) fields of view, but camera image sensors are rectangular, there is significant space on the sides image wasted, simply black. This is typically on the left and right, shown below, but sometimes top and bottom as well. 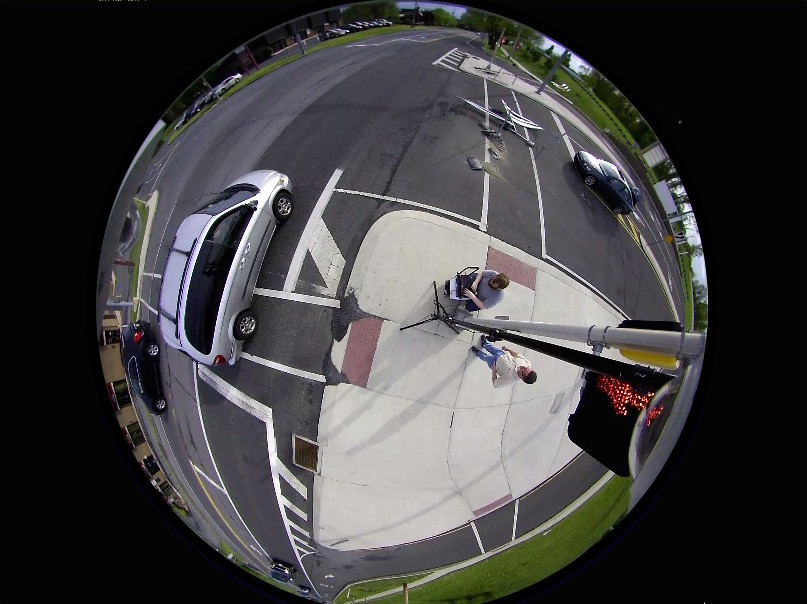 Since the field of view does not cover the entire width of the imager, the effective PPF must be calculated based only on the actual width of the FOV, not the max resolution. [Note that Immervision's Panomorphic lenses produce an elliptical field of view, which fills more of the rectangular imager, but there is still often space left to the sides of the FOV.]

Some manufacturers crop the camera's image to a square aspect ratio to eliminate the wasted black space seen above. For example, a 5MP camera (2592x1920) may be cropped to 1920x1920, as in the image below: 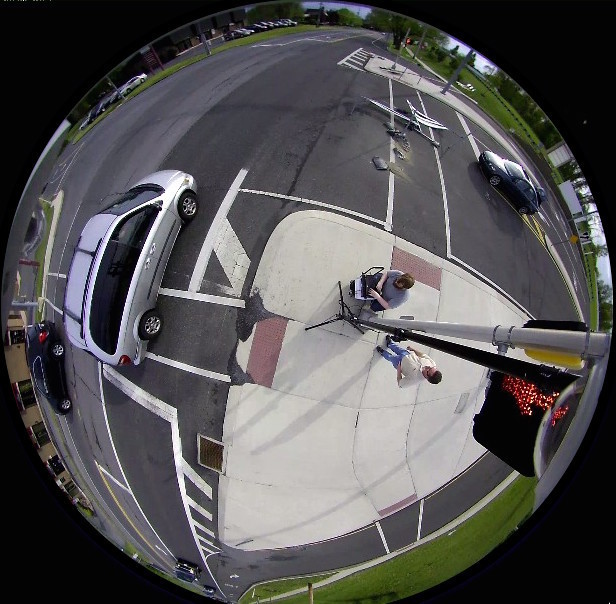 There are several examples of manufacturers marketing cameras using their sensor resolution, instead of streaming resolution:

But there are some who do it right, as well.

Ultimately, because of these issues, and because it may be difficult to determine how accurately a given camera is specified, best practice is to test your chosen panoramic camera in place. If this is not possible, those with square, non-standard aspect ratios are generally more trustworthy than those specifying the full sensor resolution.