Axis NA sales leader Larry Newman rallied his troops on the ASIS show floor, touting positive IPVM coverage and bragging about Axis 'reverse takeover' of Canon, providing a glimpse into the tactics and approach of the Canon subsidiary.

While summarizing traffic for the first two days, Newman mentioned that the second day's traffic was strong and that even the blogs were saying good things about Axis, expressing surprise in the coverage. Indeed, IPVM was positive about Axis ASIS 2016 outing noting high interest in their 20MP camera and our declaration that 'Axis beats Canon'.

Newman then moved into talking about how Axis had conducted a 'reverse takeover' of Canon, bragging about their control, alluding to Axis taking over the sales and marketing of Canon's video surveillance line in NA and EMEA

Afterwards, Newman softened his tone, emphasizing that once the buyout / integration process was finished, they would be part of a mega corporation, joking that they would be employees 290,000, etc. (Axis has ~2,000 employees).

Newman objected to our reporting of this, arguing that it was 'off the record'. However, as the image below shows of Newman speaking, not only were most of Axis own employees not in their booth, but with the sound system they used, Newman's speech was easy to hear by passerbys and by myself standing against the far wall. 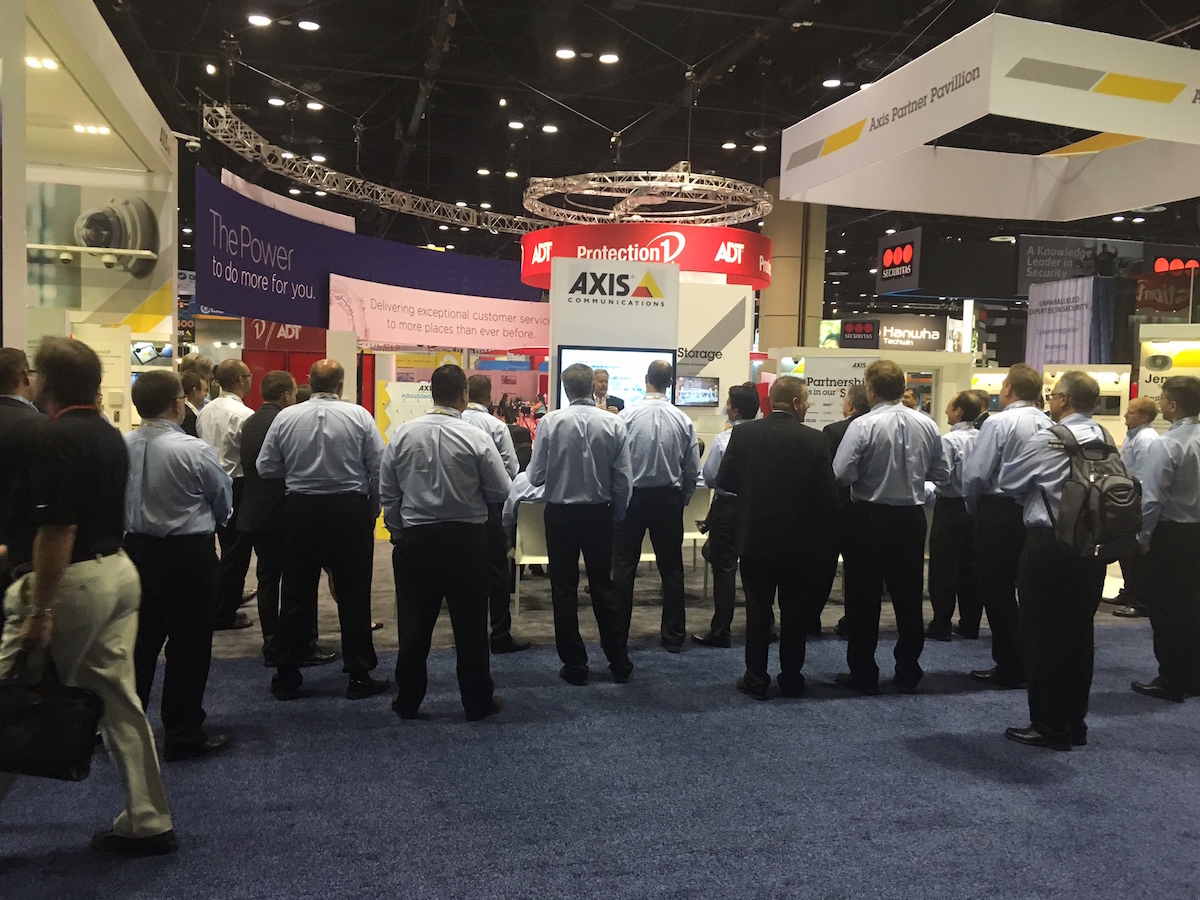 This arrogant and reckless tactic is not uncommon for Axis North American leadership, which is significantly different from how Axis Lund / HQ operates. Even more notably, Canon, like all the Japanese manufacturers we have interacted with, maintain a far more measured and careful approach. It will be interesting to see if Newman's approach 'takes over' Canon.