Though Axis is embattled at the low end of the market, the mid to high end has typically been more favorable to them.

Here is a preview in super low light conditions:

And here is a preview in the shadowed area of a WDR scene:

With solid IR performance, decent true WDR, and low bandwidth with Zipstream enabled, the Axis P3225-LVE is worth considering for outdoor IR applications.

Moreover, these features come at a price not much higher than similar models from typically lower cost competitors, such as Hikvision, where IR previously commanded a huge price jump in Axis models.

The Axis P3225-LVE can be found online for ~$715 USD. This is lower than competitive outdoor domes from some competitors, such as Bosch, Panasonic, and Sony, but moderately higher than Hikvision's 4324 (~$590 online). However, this pricing is much closer to Hikvision than many in many segments, as seen in our Axis vs Avigilon vs FLIR vs Hikvision vs Samsung Camera Pricing report, where Axis is highest in most categories, but a much larger margin over Hikvision.

Compare these cameras in the IPVM Comparison Tool:

The Axis P3225-LVE is fairly average in size and form factor for IP66 outdoor IR domes. We review its physical features in this video:

We tested the Axis P3225-LVE as part of our Super Low Light Shootout, against other integrated IR as well as super low light cameras.

The image below was taking outside, facing a dark field/parking lot with no outside lighting, ~0.05 lux, with the subject at ~40' from the camera (~30 PPF). The IR pattern of the P3225-LVE covers the entire FOV (~85º), without a central hotspot. The subject is clearly illuminated in the center of the FOV. 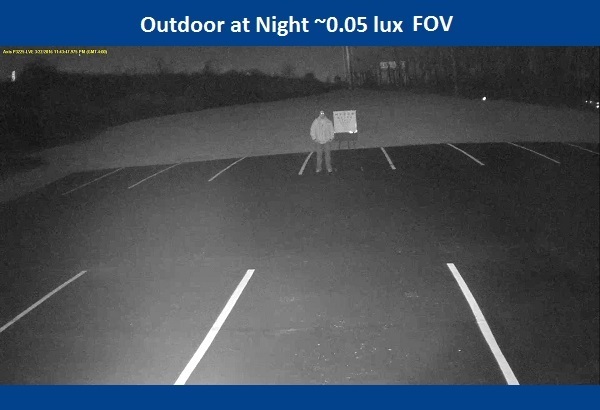 Indoors, all cameras provide strong details of the subject and chart, with little IR overexposure in any camera.

The P3225-LVE includes Forensic Capture, Axis' latest WDR variant. We tested it against other models in this warehouse scene: 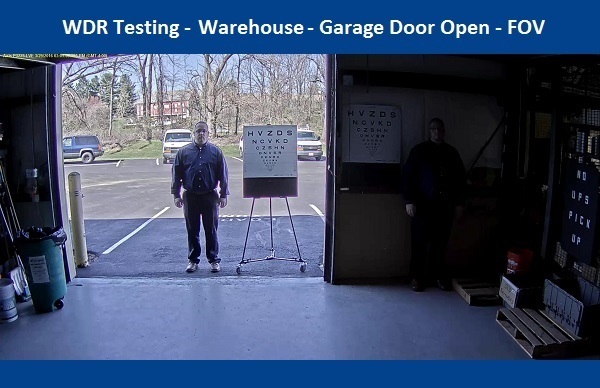 The P3225 performs similarly to the Q1635 in this scene, with slightly less visibility in the dark area beside the door compared to Hikvision models. 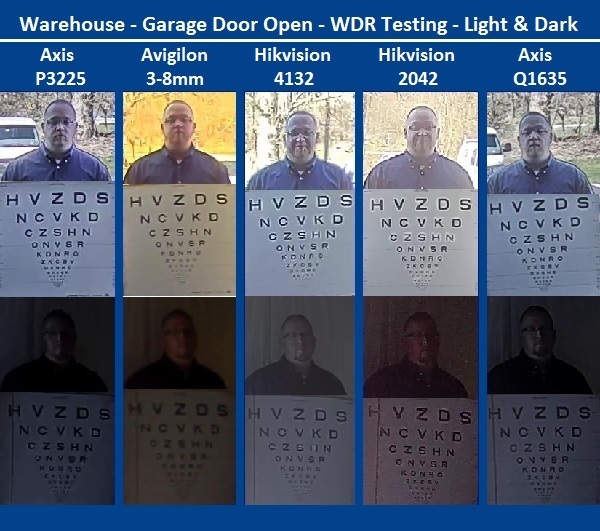 Finally, we compared to others in full light interior scenes, all cameras perform similarly. The Hikvision 4132 shows some moderate overexposure in this scene.

The P3225-LVE's bitrates were low, under 1 Mb/s in all scenes, due to its inclusion of Zipstream. Only the Hikvision 4132 (with H.264+) was lower in all scenes. Note that the Avigilon H3 bullet was the only camera in this test which does not use Smart CODECs, and was notably higher in all scenes but the dark field, where the non-IR Q1635 was highest. 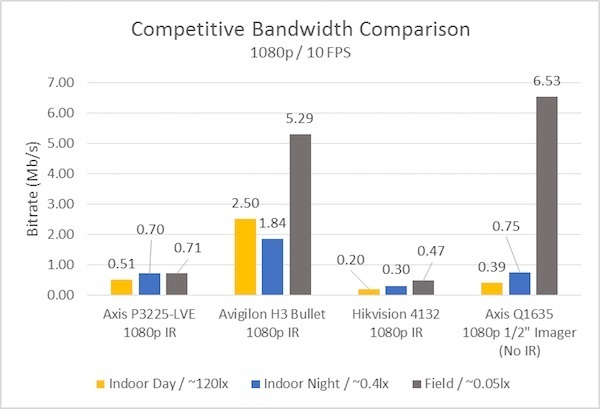